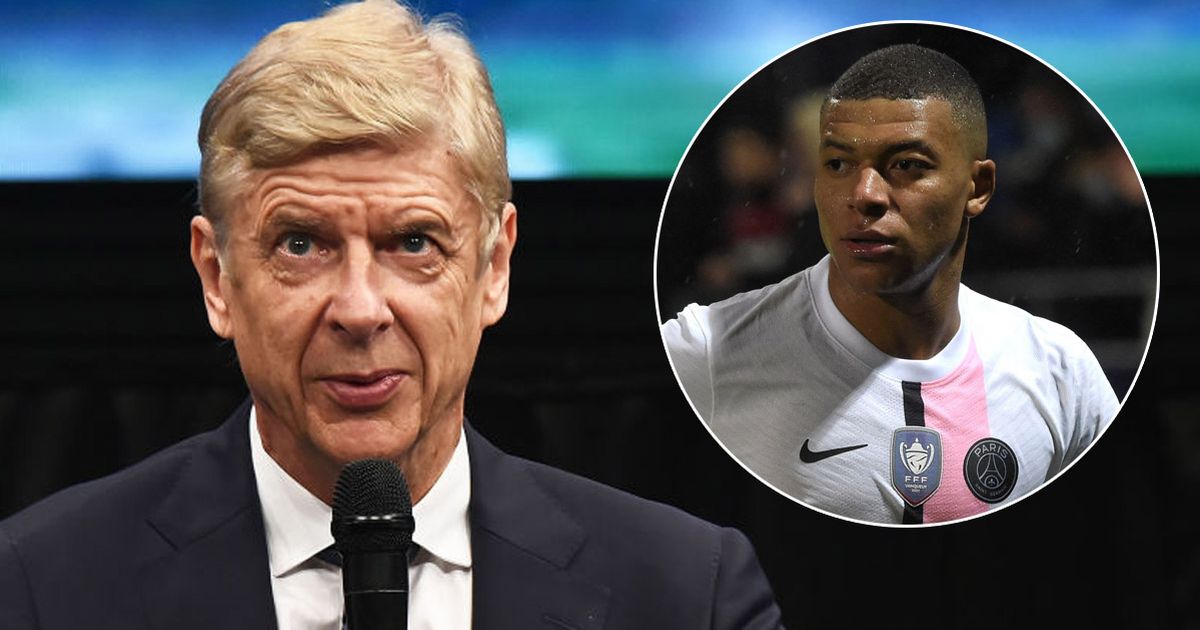 Striker Mbappe is out of contract at the Parc des Princes this summer and he has recently hinted at a move to Real Madrid while his most recent interview suggested that he is open to leaving France.

The Frenchman has taken the mantle of the side’s main attacking star as Lionel Messi is still unavailable having recovered from Covid while Neymar’s injury troubles have ruled him out until February.

With just over five months remaining of his current deal in the French capital and with contract talks at a standstill, it appears to be increasingly likely that Mbappe will leave as a free agent this summer.

There has even been reports that PSG are willing to make the 23-year-old their highest earning player by offering him improved terms on Messi’s and Neymar’s respective contracts.

Have Your Say! Should Mbappe leave PSG this summer? Tell us what you think here.

However, former Arsenal boss Wenger believes that PSG may yet retain their star striker and have not lost hope of persuading him into penning a new deal.

Wenger cited the French club rejecting Real Madrid’s mega offer last summer as an indication of their robust stance on Mbappe’s future and their belief in him eventually committing his future to the deal.

Wenger told Canal+ in France: “PSG had a firm offer from Real Madrid. When you turn down €180m…even for PSG, that is still a huge sum.

“So, when they turned down this money, I think they said to themselves: ‘We have to have a great season, we have Messi and we cannot afford to lose Mbappe, we will manage to convince him to stay.”

Arsene Wenger has been out of club management since 2018

However, Wenger – who has not been involved with a club since leaving the Gunners in 2018 – added that the longer time passes, the tough it will be for Les Parisiens to renew Mbappe’s deal.

He continued: “Time is against PSG.

“When you are in a situation like this, the longer it goes on, the more difficult it is to close it, given the experience I have.

“I have been waiting for a year and a half for PSG to renew Mbappe.

“He is the most indispensable player they have for PSG’s way of playing, but there is little time left and today the player is free to sign with whoever he wants.”

Mbappe has bagged 19 goals in 28 appearances this term – his attacking output far exceeding that of his fellow attacking teammates Lionel Messi and Neymar, illustrating his importance to PSG.