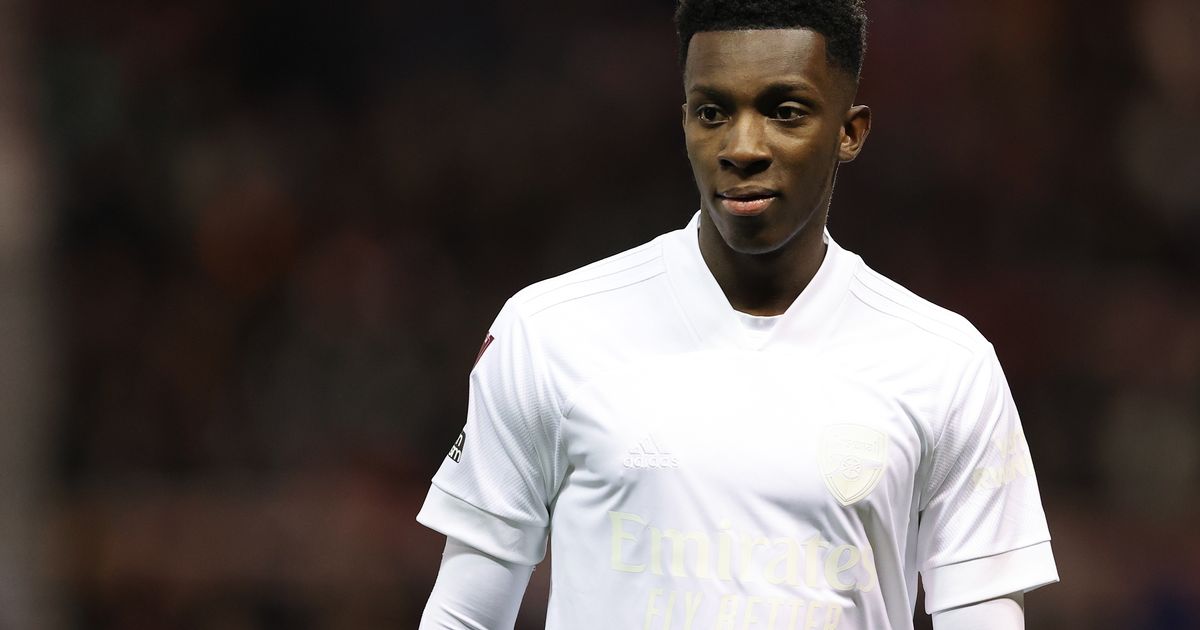 Arsenal may not now be on the search for a striker had they treated Eddie Nketiah as well as they have Gabriel Martinelli.

The Gunners were incredibly keen to bring a new centre forward to the Emirates Stadium last month but Mikel Arteta was not able to add any stars to his squad.

Serbian star Dusan Vlahovic was linked with a move to Arsenal but instead opted to remain in the Serie A and join Juventus, with Everton’s Dominic Calvert-Lewin and Real Sociedad’s Alexandre Isak highlighted as other options but neither deal materialised.

But the search for a forward may not be so desperate for Arteta if he didn’t have both Alexandre Lacazette and Nketiah out of contract at the end of the season, and the latter could develop into a significant departure for the Gunners.

Arteta has been vocal in how much he wants the English prospect to put pen to paper on a new deal, but Nketiah feels that there is little guarantee that he will have opportunities to develop in North London and thus will run down his deal with the club and look for pastures new.

However, Gabriel Martinelli is under the opposite impression under Arteta, and it is at no surprise considering the way that Arteta has eased the Brazilian into being a first-team regular whilst those around the club have been vocal in how highly thought of he is.

But one can only suspect that had Nketiah been treated and touted in the same way Martinelli is, he might be their long-term no.9 option.

The Sun have reported that following the departure of Aubameyang, Martinelli is now in line to receive the prestigious no.14 shirt at the club, most famously worn by Thierry Henry.

The number swap seems logical, but would also be a sign of just how highly rated the former Ituano star by Arteta is.

Jack Wilshere, who has trained with Arsenal on several occasions whilst he is without a club, has also been vocal in his adoration for Martinelli.

“The one who I really like and think he’s going to be top, is Martinelli,” he told Arsenal Media.

“I think what the manager has done with him has been genius as well.

“When I first went there he was training, coming on, not playing much, but training really well and I was thinking, ‘He’s going to get a chance here’ and he eventually got his chance and he’s been brilliant.”

Eddie Nketiah is on his way out at Arsenal

Although plenty have been aware of the Nketiah rising through the ranks, the most vocal support of the 22-year-old has only truly come about since there has been uncertainty surrounding the striker’s future.

The fact that Arsenal did not allow the former Leeds loanee to depart last month, despite reports that numerous clubs were keen on the striker, suggests that Arteta believes that he could convince the academy graduate to stay.

Martinelli’s four goals and two assists in 14 games show what confidence and opportunities can do for a young player, and if Arteta can quickly fill Nketiah with belief before the end of the season then the Spaniard may not be so desperate for new recruits.

In this article:Arsenal, Featured, Juventus, Serie A