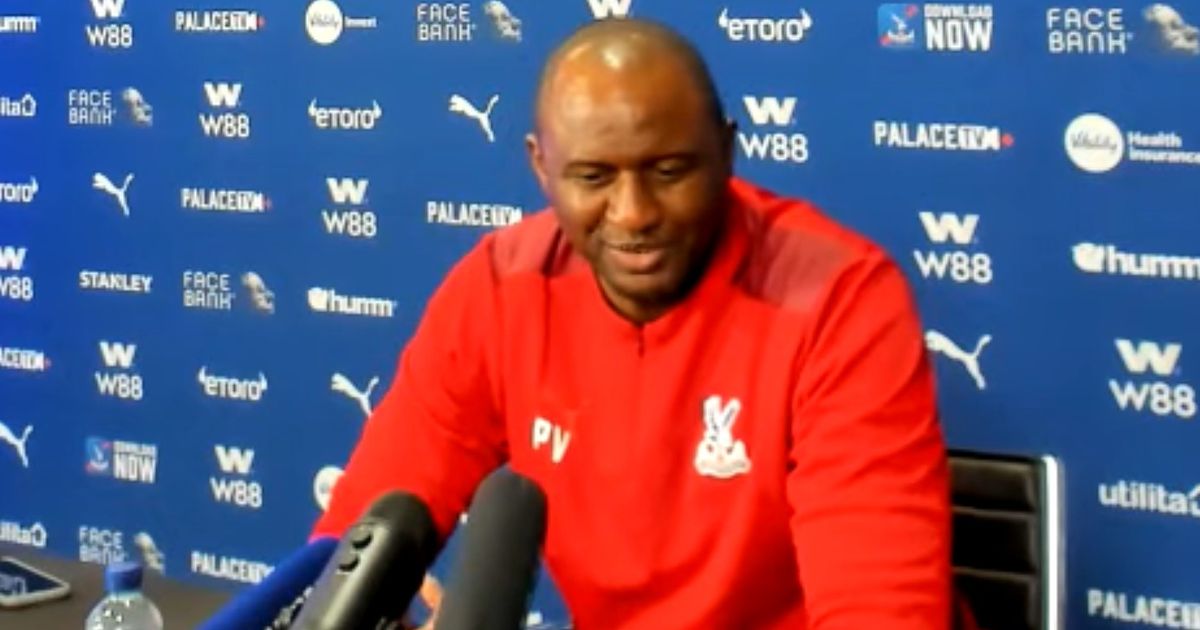 Roy Keane and Patrick Vieira may have been adversaries during their playing days, but the Arsenal hero has sent the former Manchester United captain his best wishes

Arsenal legend Patrick Vieira put his long-standing rivalry with Roy Keane to one side to wish the former Manchester United captain “good luck” as he weighs up a return to the dugout.

Keane, 50, held formal talks with Sunderland chiefs on Friday to discuss becoming their manager for the second time.

He was previously in charge of the Black Cats between 2006 and 2008, winning promotion to the Premier League during his first season, and he remains a popular figure at the Stadium of Light.

It remains to be seen if Keane will be offered the job or accept a return to management after 11 years away.

Who is the best midfielder in Premier League history? Have your say in the comments!

Roy Keane is in contention to become the next Sunderland manager
(

But Vieira, the Irishman’s former on-pitch adversary, believes he would have a difficult time turning down the role if it was presented to him.

The Crystal Palace manager was asked if he would like to see Keane take a new managerial job and said: “Yeah, I think deep inside him this is something that he will want to try again.

“And I think if there’s opportunity there, I think he will. He will take it. And I will wish him good luck.”

Vieira’s classy message shows his once-heated relationship with Keane has subsided to more cordial relations since they retired from playing.

The two combative midfielders were on opposite ends of some of the finest and most-fiery clashes in Premier League history in the late 1990s and early 2000s.

With Arsenal and Manchester United operating at the peak of their powers, the two giants shared nine top-flight titles between 1996 and 2004.

Vieira captained Arsenal during their famous ‘Invincibles’ season in 2003/04, while Keane skippered United to four titles.

Their most-famous encounter came in the Highbury tunnel in 2005, when they exchanged choice words before Keane pointed at his adversary and declared: “We’ll see you out there!”

The duo have continued to clash in television studios since pursuing careers in punditry and were involved in a disagreement over Paul Pogba during Euro 2020 last summer.

Vieira, 45, was then appointed Palace boss ahead of the current season and has led the Eagles to 13th in the table, having previously managed New York City and Nice.

Keane, meanwhile, remains a regular on television screens up and down the country due to his role as one of Sky Sports’ regular pundits.

Should he take up the role of Sunderland manager, it would likely involve a short-term deal until the end of the season with the option to extend if he secures promotion from League One.