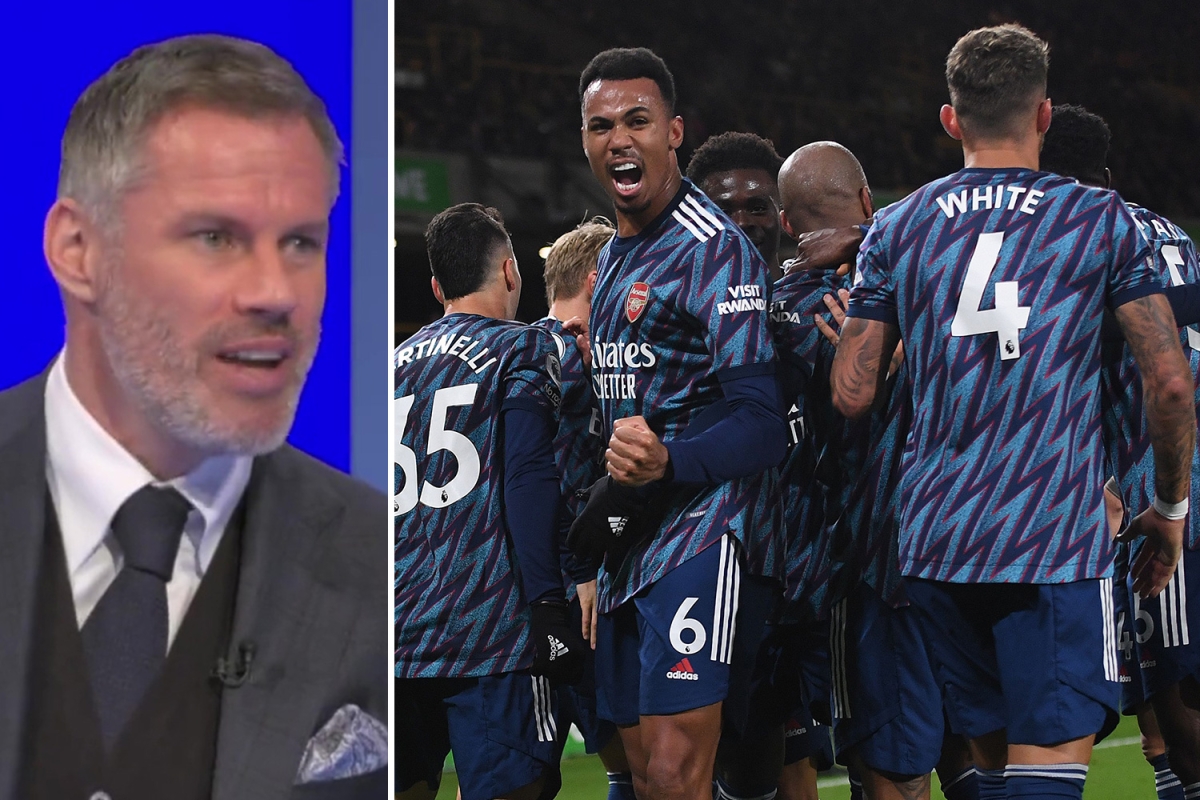 JAMIE CARRAGHER reckons a Champions League spot is Arsenal’s to lose this season.

The Gunners are among a host of clubs desperately battling it out for the Premier League’s fourth spot and qualification to Europe’s elite competition.

But while the likes of Manchester United and Tottenham are going backwards in terms of results, Mikel Arteta’s men ground out a 1-0 win against fellow contenders Wolves on Thursday.

West Ham currently occupy fourth spot but they were held to a 2-2 draw by Leicester on Sunday afternoon.

Arsenal have THREE games in hand over the Hammers and Carragher has backed them to leapfrog their London rivals.

He told Sky Sports: “I think it will be tough for West Ham to get in the top four.

“Arsenal, what a win that was for them away to Wolves. The games in hand, no European football.”

Arteta’s side failed to qualify for ANY European competition this season after finish eighth last term.

Carra added: “You think about how long Manchester United will be in the Champions League, that could play a part. It feels like it will go to the wire.”

Spurs also have three games in hand over West Ham but are currently struggling in eighth position.

Antonio Conte’s men have lost three in a row and Wolves one place above them now look like the form team climbing up the table.