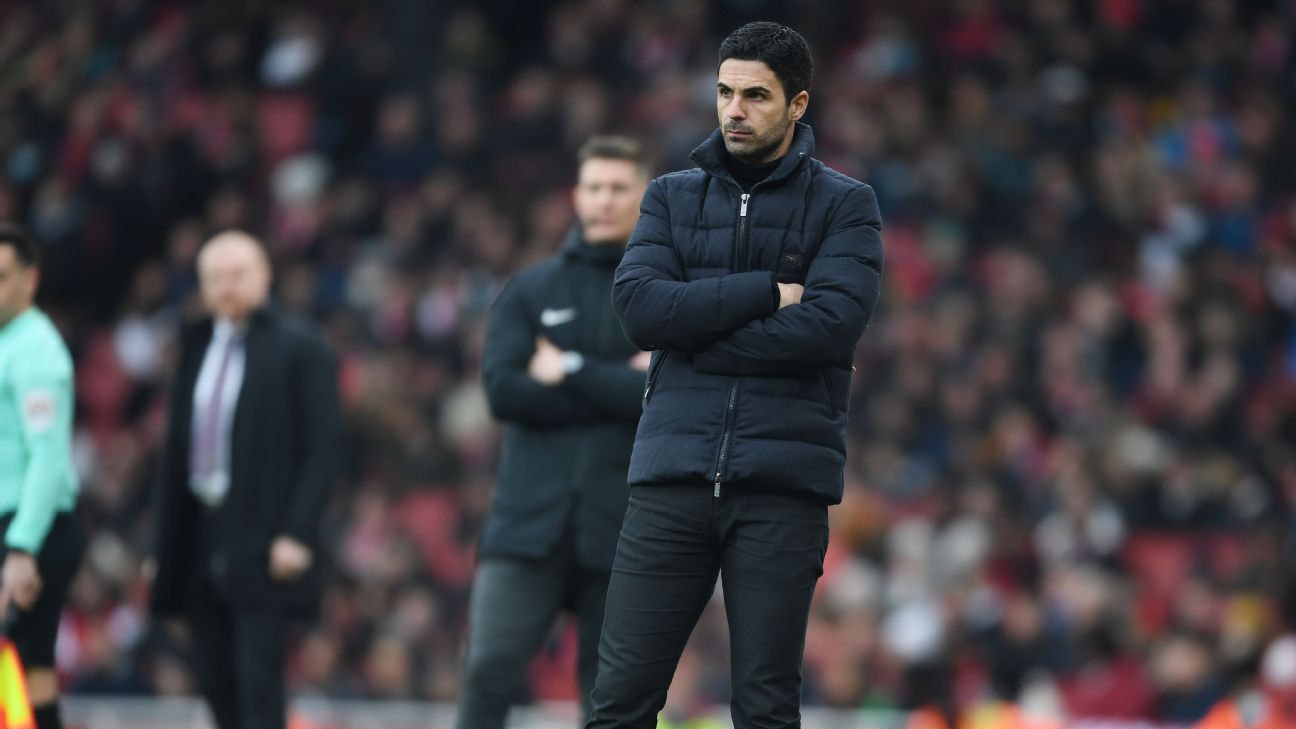 Arsenal face a race against time to sign a striker before Monday’s transfer deadline after becoming repeatedly frustrated in attempts to bolster their forward line, sources have told ESPN.

Arsenal were heavily linked with a move for Dusan Vlahovic but the Fiorentina forward is close to finalising a €75million deal to join Juventus.

However, there are growing fears Arsenal will not be able to land any of their leading targets in January unless they make a major investment. Arteta travelled to the United States and met with owner Stan Kroenke earlier this week for talks on a variety of issues prior to the club’s winter training camp in Dubai.

Arsenal have been told they will have to pay Alexander Isak’s €90 million release clause if they want to sign the Real Sociedad striker now.

Sources have told ESPN that Lille’s Jonathan David is another player under consideration but the Ligue 1 club want to wait until the summer to sell him. It is also understood that other Premier League clubs have expressed an interest in David — including Tottenham and Chelsea — and any late signal he could be available may spark a bidding war.

Everton’s Dominic Calvert-Lewin, Napoli’s Victor Osimhen and Aston Villa’s Ollie Watkins are names that have been discussed but, again, Arsenal face an uphill task in convincing any of those three clubs to part company with a key player in the middle of the season.

Short-term alternatives include a loan move for Real Madrid’s Luka Jovic. One source has suggested Arsenal were previously offered the chance to sign former Chelsea striker Diego Costa, now a free agent after leaving Atletico Miniero, although this has been denied by the Gunners and any move for the 33-year-old would be a surprise given his volatile character would appear at odds with manager Mikel Arteta’s team-building approach.

Arsenal are also working on signing a midfielder. Talks have continued with Juventus over a loan move for Arthur Melo, while they also retain an interest in Aston Villa’s Douglas Luiz among others, but the need for reinforcements up front is heightened by the stand-off with Aubameyang.

As ESPN reported last month, Arsenal are willing to listen to offers for the Gabon international, who last week received positive test results following a suspected case of cardiac lesions while at the Africa Cup of Nations, and would prefer to move him on this month.

Sources claim patching things up with Aubameyang and muddling through to the summer is viewed internally as a last resort but the 32-year-old may earn a reprieve by default if Arsenal cannot get a new striker through the door before Monday night.

Lacazette is yet to be offered a new deal and Nketiah has rejected at least two offers to stay at Arsenal amid interest from Crystal Palace among other clubs.