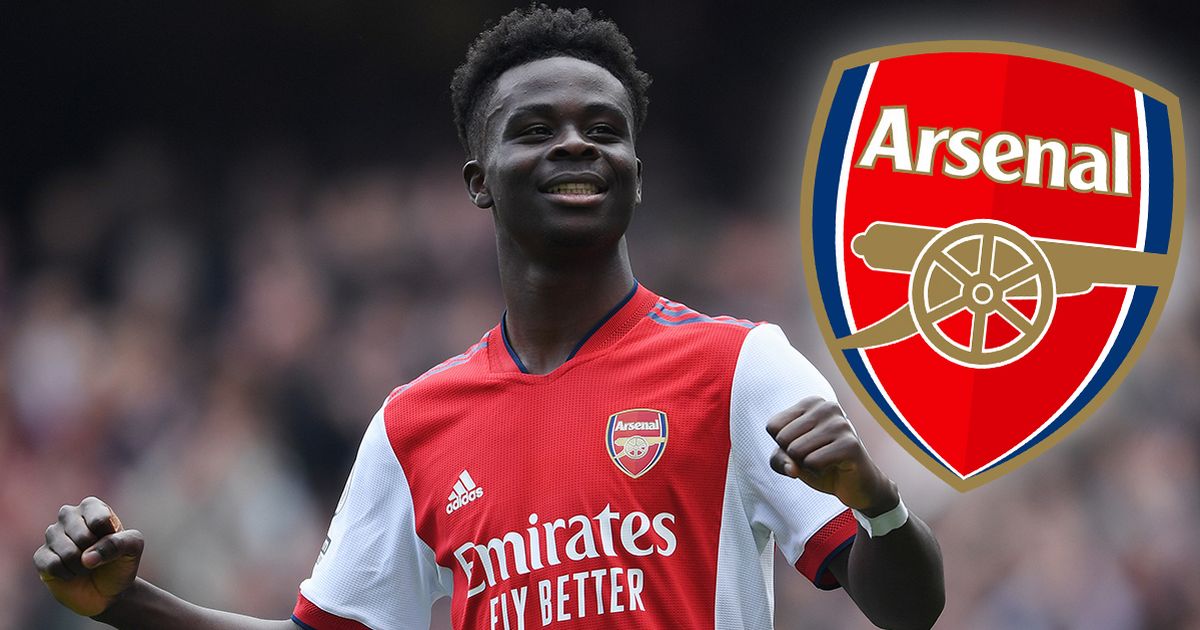 Arsenal star Bukayo Saka has two years remaining on his current contract at the Emirates, but missing out on the Champions League is set to add an extra complication in imminent negotiations

Arsenal’s dramatic collapse could yet have repercussions on Bukayo Saka and his imminent contract discussions, according to reports.

Saka has played a key role in the Gunners’ tilt at the top four, scoring 11 times and registering six assists for team-mates. And it looked like the 20-year-old’s individual exploits would result in Arsenal ’s return to the Champions League – only to see their dream quickly become a nightmare.

In the driving seat less than a fortnight ago, heavy defeats by Tottenham and Newcastle have seen Mikel Arteta’s youthful squad drop to fifth in the league, with their north London rivals now just a point away from pipping to the post.

Arsenal will now need to hope already relegated Norwich City can beat Spurs on the final day to give them a chance of a long-awaited return to Europe’s top competition.

More likely is that Saka and Co. will have to settle for the Europa League, with Arteta adamant he will continue being aggressive in the transfer window to take them to the next level. But fans are all too aware that keeping hold of their own stars is just as important, having seen an influx of players leave for their Premier League rivals in recent years.

Losing academy graduate Saka would be a particularly bitter pill to swallow and derail hopes he could be the centrepiece of their team for years to come. The England international has two year remaining on the deal he signed in 2020, but the club would like to secure his future for significantly longer and have talks planned with his agent at the end of the season.

HAVE YOUR SAY! Have Arsenal overachieved this season? Let us know in the comments

Arsenal are set for talks with Bukayo Saka and his agent over a new, long-term contract
(

Earlier this season, Saka emerged as a potential target for Liverpool and there is a feeling his salary must now reflect his standing as one of, if not the, club’s most important player. Daily Mail report that while the forward is happy at the Emirates he does have a desire to play in the Champions League and would therefore be reluctant to agree to new terms without a release clause.

Such clauses, whilst extremely prevalent in the rest of Europe, remain quite rare in the Premier League and would hand some of the power to the player himself. However, the report adds that the Gunners could be willing to make an exception, such is his importance to their plans moving forward.

Meanwhile, Arteta is insistent that missing out on the Champions League won’t deter his ambitious plans to take Arsenal back to the top of English and European football. “We’re going to take the club to the next level. That’s the ambition,” he explained.

“We have a very clear plan again, how we want to do it and execute it. It’s no secret, we need resources and we need to increase the quality and the depth of the squad while maintaining who we are as a club and the people that we have next to us. That’s going to be the challenge in the following season.”