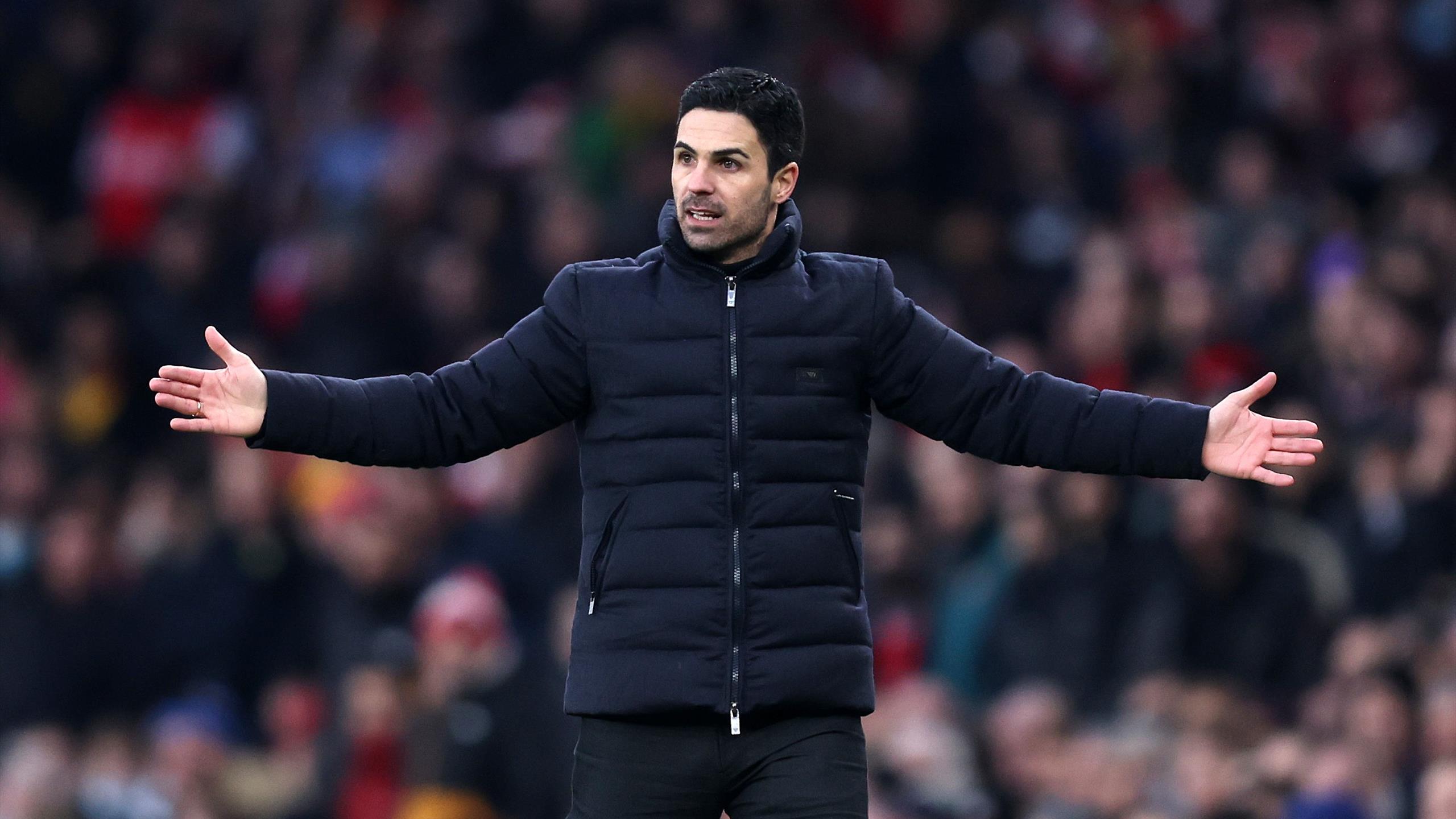 Mikel Arteta made it clear following his team’s 1-0 Premier League win over Wolves that they must solve their discipline problem if they hope to qualify for the Champions League spots.

The Gunners boss saw his side take the lead in the 25th minute at Molineux, Gabriel getting free in a crowded penalty area to poke home.

And thereafter they were largely comfortable until a bizarre red card for Gabriel Martinelli on 69 minutes – the like of which Arteta said he had “never seen before” in his football career – saw the Brazilian booked twice in quick succession for a foul and dissent.

Fortunately for Arteta, his men hung on to leave themselves healthily placed in fifth in the table with games in hand on all of the top four.

“We made it even more difficult for ourselves playing with 10 men. We suffered a lot in the last 10 minutes.

“To win football matches like that [with 10 men] is extremely difficult and we have to stop it.

“We’ve been talking about it. I have run out of ideas [about how to stop it].

“We put ourselves in trouble with the red card and we had to dig in. Wolves threw seven players up front and it was difficult to maintain a clean sheet but we defended the box extremely well.

“The character, how we dug in, the spirit we showed, I’m really proud of the boys. There was togetherness and unity.

“We need to play with 11 players in the last 16 games and that is key. To win games with 10 men is very unlikely.

Arsenal aren’t now in action until February 19 when they face Brentford at the Emirates Stadium, something Arteta admitted he was frustrated about as he would rather have the “rhythm” of playing matches.

‘I’m the solution, not the problem’ – Arteta responds to Aubameyang criticism