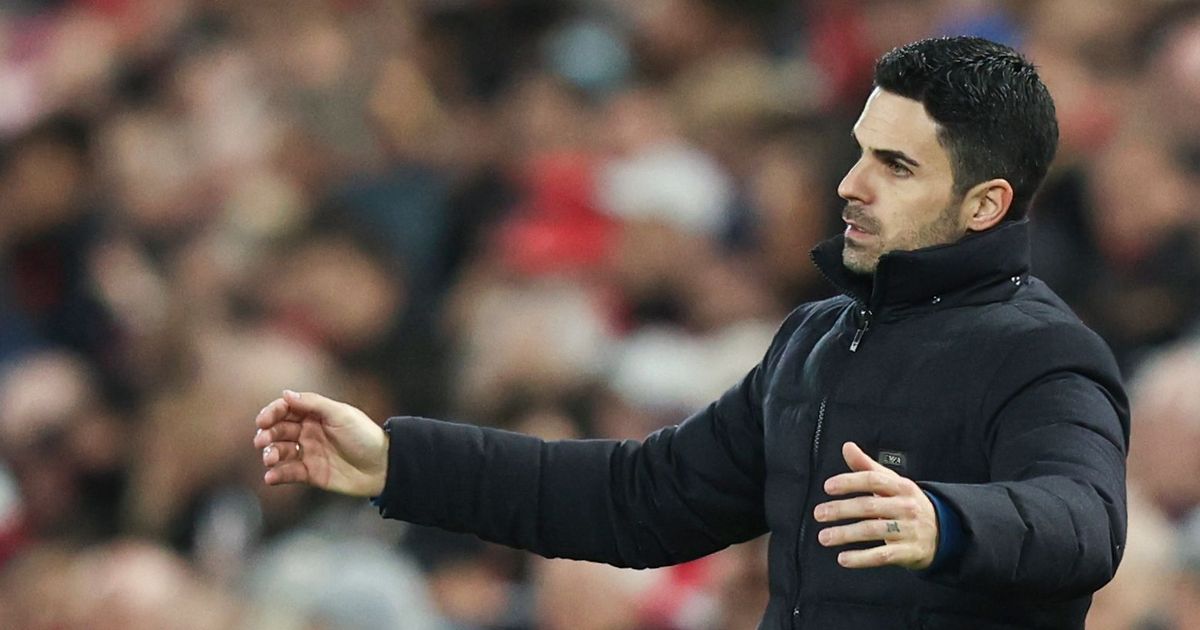 Arsenal have asked the Premier League to postpone their North London derby clash vs Tottenham on Sunday, claiming they do not have enough personnel available despite having just one player out due to Covid

Mikel Arteta is facing a bitter backlash from Arsenal’s Premier League rivals – and it is easy to see why.

Arsenal have only got ONE known Covid case with Martin Odegaard missing because of a positive test and yet they have still asked for the North London derby to be postponed.

That will infuriate Tottenham, Chelsea boss Thomas Tuchel and the rest because if this was not in Covid times then the match would definitely be on.

Instead, Arsenal are claiming that they cannot name 14 fit players which is the threshold set by the Premier League for games to go ahead.

But they have Thomas Partey, Nicolas Pepe, Mo Elneny and Pierre- Emerick Aubameyang at the African Cup of Nations and yet it is difficult to excuse them loaning out Ainsley Maitland-Niles and Folarin Balogun this week to Roma and Middlesbrough respectively.

The Premier League board will meet on Saturday morning to decide knowing that Sky Sports will be keen for their prime Super Sunday game to go ahead.

And other clubs will look on as Tuchel said Friday he would be “very angry” if other clubs try to abuse the system, especially as Chelsea were made to play at Wolves when they were depleted.

This is the first time Arsenal have requested a postponement – they did lose fixtures against Wolves last month and Liverpool in the Carabao Cup last week – but all eyes will now be watching as this now becomes a fascinating row which may set the tone for the rest of the season.

Back in December with the Prem season under serious threat, league bosses reinforced the message that any team able to field 14 players – which can include under-23s with suitable experience – will have to play.

But since then, clubs have been annoyed by what they see as inconsistent messaging and standards.

However, Arsenal still feel aggrieved they had to play at Brentford in the season opener despite a Covid outbreak and against Chelsea in the next match when they had at least seven positive cases among players and staff.

And that must come into their thinking plus of course the fact they had a gruelling 90 minutes at Liverpool on Thursday, players may be fatigued and they gave the return leg against Jurgen Klopp’s men next week.

Plus they saw Liverpool get last week’s cup tie postponed and Tottenham pushed UEFA into postponing their Europa Conference League tie with Rennes despite not being given the green light.

Arteta said on Friday afternoon: “We had concerns already before the match against Liverpool, and after the game we had some more issues.

“We haven’t been able to assess the squad yet because we couldn’t fly last night, so we just arrived to the training ground and all the boys are being looked after.”

Whatever happens next, whether the game is postponed or goes ahead, there will be some very angry and aggrieved clubs, players and managers in the Premier League.