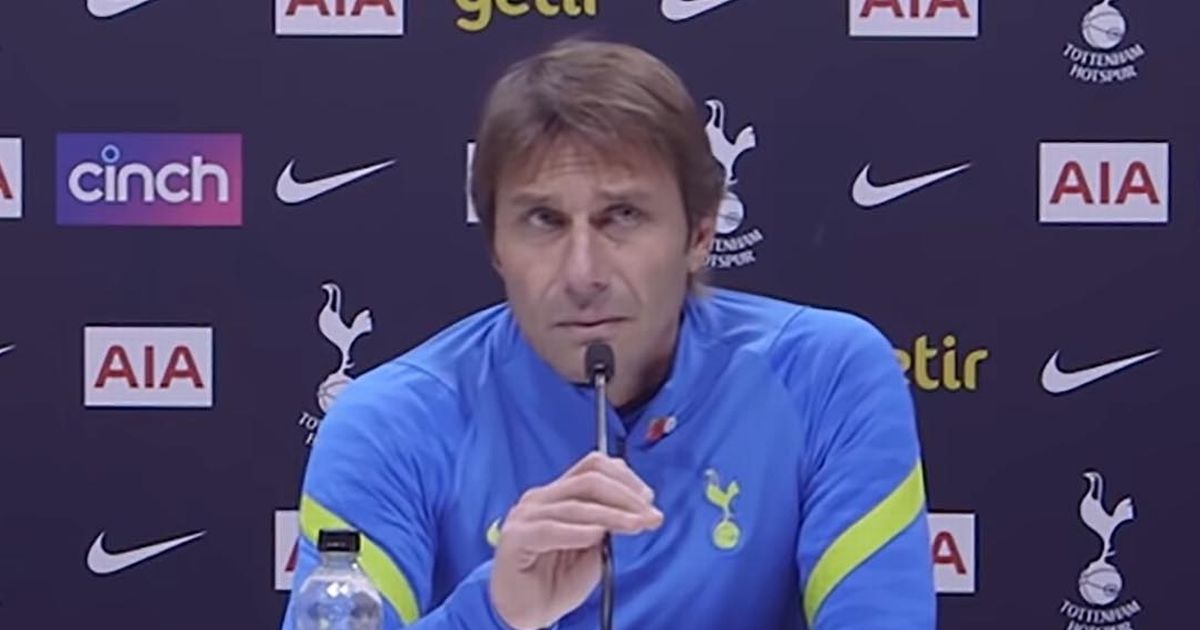 Tottenham saw their Premier League north London derby with Arsenal at the weekend postponed due to a depleted Gunners squad, something which has angered Antonio Conte

Antonio Conte has branded the Premier League a “mess” and a laughing stock after launching a remarkable rant over postponements, player welfare and respect.

Conte is fuming Prem bosses called off the North London derby with Arsenal on Sunday but would not shift Tottenham ’s original date with Leicester to help them rearrange their Europa Conference League match.

Tottenham boss Conte says the rules have been left in tatters because they are being changed and abused, the league table has been skewed and claims it is “stupid” for people to claim they are interested in player welfare.

Conte, whose side are set to face Leicester in a rearranged fixture, said: “I think that it is a mess now but this is the truth. It is a big mess for sure. You have to learn to laugh, you have to laugh because they (the Premier League ) have totally changed the vision.

Antonio Conte is furious at the Premier League for their postponement procedure
(
Advertisement. Scroll to continue reading.

“We accept and we play here and for this reason we have to accept every decision. But I think that in every moment you have to show respect for all the teams and players, coaches, for people who work in football.

“I think we have a big problem to solve and it’s Covid, but only about this situation can you decide to postpone, not for other situations. Honestly, it’s my first time in my life – and I’ve had a bit of experience in football – to see this type of decision.

“If you remember, we were the first team to have an important outbreak, maybe the only team with so many Covid cases. Maybe 11, 12, the whole staff, Under-23 players.

“Despite this, I have seen a bit of difficulty to accept this and if you remember we only postponed one game for our positive cases and then we were ready to play also in the Conference League and then at Leicester, after only one week I remember.

“It’s a tough period, but at the same time I think we have to face the situation and if there is important cases of Covid in the teams then it’s right to postpone the game. Otherwise, we are the first to want to play and my club, the players, me and my staff because we work to play games.”

Conte was also angry that player welfare has been brought into arguments over postponements with the Premier League acknowledging some are fatigued because they are playing more games with others out injured or through Covid.

The Italian also insisted that the Premier League did nothing to help Tottenham who were kicked out of Europe when they did not fulfil their match with Rennes and could not rearrange it because they would not shift the original Leicester game which ended up being called off anyway.

Tottenham’s clash with Arsenal was postponed at the weekend

“I think this is not the first season in England that you are speaking about the welfare of the players, to try to protect the players. My question is – in all these years, what has changed? Nothing.

“And for this reason I tell you that it is stupid to continue to speak about the welfare of the players because it is a waste of time.”