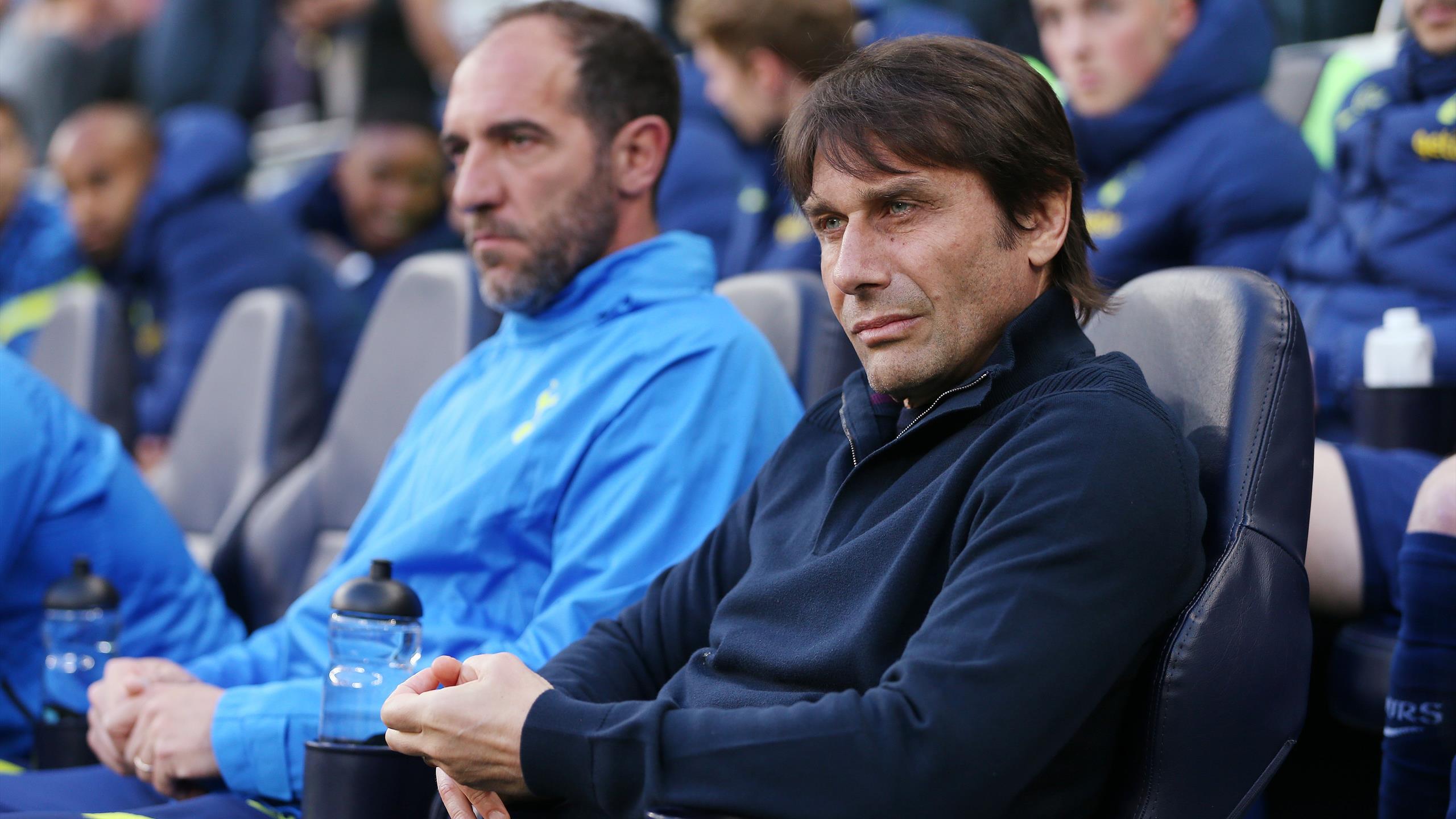 Antonio Conte has revealed Tottenham Hotspur’s chances of finishing in the top four were branded as a ‘joke’ when he arrived in north London to take charge at the Tottenham Hotspur Stadium.

Spurs will finish fourth and qualify for the Champions League if they get a point at already-relegated Norwich City on Sunday, despite doubts from Conte over the squad’s capabilities this season.

The club were in disarray when the Italian took the reins in November, after Nuno Espirito Santo’s stint ended in failure with the club enduring a disastrous start to the season.

The former Inter Milan boss has changed the tide at Tottenham and managed to steer the underperforming team towards a Champions League battle with Manchester United and Arsenal, before overtaking their north London rivals days before the end of the season to temporarily claim fourth with one game to go.

Conte however, has revealed that the thought of Spurs genuinely challenging, and securing, Champions League football next season was seen as a “joke” when he first joined the club and insisted he wasn’t initially given a target for the season.

‘”Daniel didn’t ask me anything. He asked me only how we want, with me in charge, how we can improve the situation. Not a target,” he told the media.

But I think he knows very well that I’m an ambitious person and that I want to try in every situation to sit at the top, to fight for this.

“But he didn’t ask me anything. This must be very, very clear because if you put me a target then I know that in this moment it’s very difficult.

“It was for sure a difficult period. For sure, if he (Levy) had asked me, “I want to go to the Champions League”, at that moment, to be realistic, I can tell him only one thing: ‘Are you joking?’

“This is the truth because we are talking about England, a situation in this league that is very, very difficult because there are four top teams. If one of these top teams doesn’t miss the season, it will be very difficult to go inside.

“At the same time I try to do this because I like to put on myself big, big targets, not minimal targets. I know me, I know myself and I need this challenge to give my best.

Arsenal can still upset the odds and qualify for the Champions League if Spurs lose at Carrow Road and the Gunners manage to see off Everton, who beat Crystal Palace on Thursday to secure their Premier League status.

Despite losing the north London derby and their trip to Newcastle last week that allowed Spurs to capitalise and leapfrog Mikel Arteta’s team, the Gunners’ boss is still confident things can change on the last day.

“Very possible [on Arsenal’s chances of finishing fourth]. And looking back, I’ve been back a few years and seen a few examples of teams that they played in the last game of the season and the things that happened.

The closer the game is, I am more hopeful.

Arsenal have finished eighth in the previous two seasons, and similarly to Tottenham were not expected to be in and around the fourth place at the end of the campaign, but Arteta believes a likely fifth-place finish will still count as a progressive season.

“It is because we have created expectations that this club deserves and where this club has to be, and in the last two months, we haven’t been able to fulfill those expectations but overall, looking back at where we were, you have to be clear as well with what we have to do, but very clear that this is not where we want to be, that we want to be in a completely different position, challenging really for the top teams and that that’s the aim and that this is not going to stop here.

“That is another step that was very necessary because it wasn’t only about where we are in the league table. We have had much deeper issues at the club than the league table, in my opinion. Now they have been resolved. Now they look very, very strong and that we have the real strong foundations now to build what we want to do.”