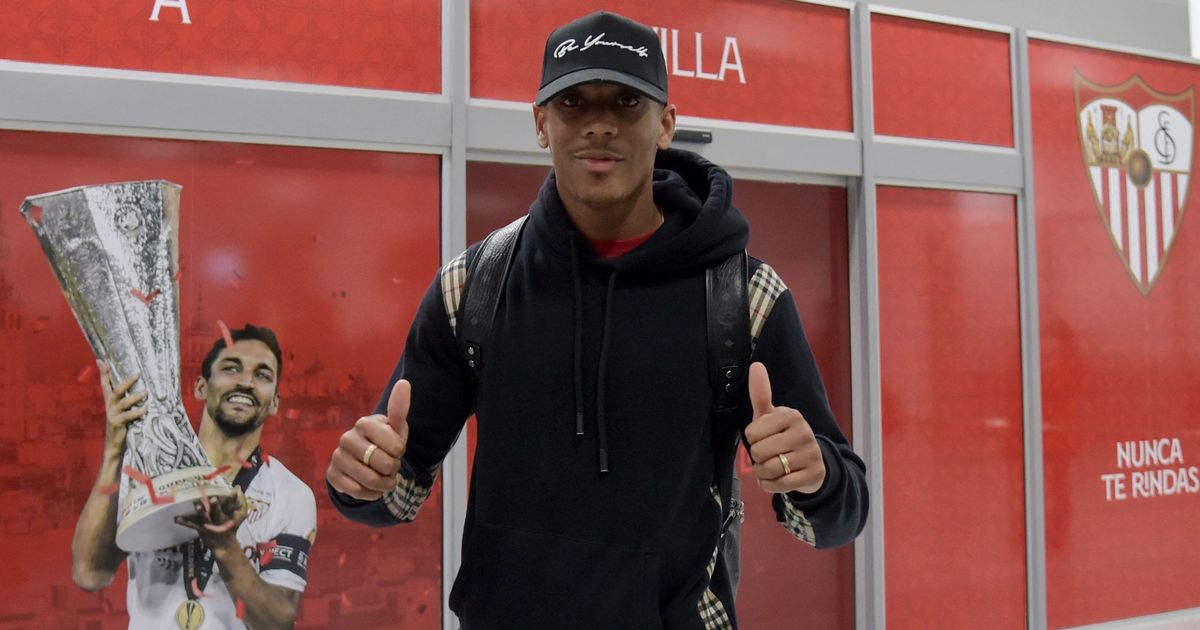 Anthony Martial has joined Sevilla on loan from Manchester United for the remainder of the current season.

The French forward has passed a medical and completed the deal with Spanish side for what is a straight loan transfer, with no fee involved.

Martial appeared as an 82nd minute substitute in United’s 1-0 win over West Ham on Saturday, but that was his first appearance for the club since a two-minute cameo off the bench against Arsenal on December 2.

He has failed to start a single game for interim United boss Ralf Rangnick, with his last United start coming when Michael Carrick was in temporary charge shortly after the sacking of Ole Gunnar Solskjaer.

The 26-year-old has only scored once for United this season, and has departed for Sevilla in search of more game-time after limited opportunities at Old Trafford.

Martial has fallen down the pecking order at United in recent seasons following the signings of Cristiano Ronaldo, Jadon Sancho and Edinson Cavani, as well as the continued emergence of Marcus Rashford and Mason Greenwood.

Once world football’s most expensive teenager when he joined the club from Monaco in 2015, he has failed to deliver on his promise, scoring 79 goals in 269 games for United.

An impressive 2019-20 campaign saw him force his way back into the France team, but he has so far managed just two goals in 30 international appearances.

Interim boss Rangnick accused Martial of asking not to play in United’s recent 2-2 draw at Aston Villa, a claim Martial denied, and he’ll hope that a move to La Liga’s second-placed side will see him resurrect his career.

Rangnick duly praised his professionalism after the win over West Ham, stating: “I know that he is a top player – one of the best strikers in the Premier League – but we have other players in his position.

“It is his wish to leave but, like I said to him, it always takes different parts to find an agreement.

“The way that he trained and played when he came on [against West Ham], he showed his professionalism that I expect from everybody.”