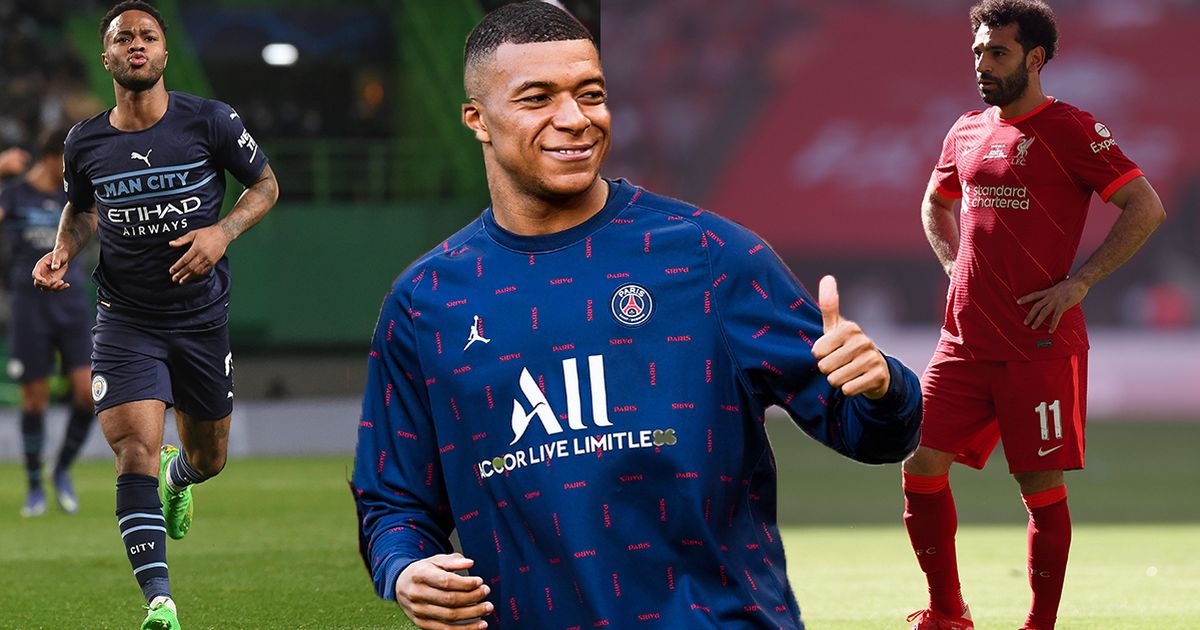 Real Madrid’s protracted pursuit of Kylian Mbappe appears to be over, for now at least, after the World Cup winner decided to renew his contract with Paris Saint-Germain.

The French star has performed a stunning U-turn on his decision to leave Parc des Princes from last summer by signing a new three-year deal with the Ligue 1 champions. Reports suggest the 23-year-old’s new deal is worth around £650,000-a-week in wages with an extraordinary €150million (£127m) signing-on fee, in addition to image rights being handed over to the forward.

Mbappe’s rejection will deal a hammer blow to the Champions League finalists’ plans, with Real chasing Mbappe for the better part of a year after seeing bids of €180m (£152m) and €200m (£169m) turned down in 2021. But all is not lost — Mirror Football assesses six other targets Carlo Ancelotti and Florentino Perez could consider after the brutal snub.

If Real Madrid are looking to soften the blow from Mbappe’s last-ditch snub, swooping for Salah would surely lift the mood inside the Santiago Bernabeu camp. The Egyptian has been heavily linked with a move in the past and his contract situation is yet to be resolved.

It wouldn’t be out of the question for Perez to start talking about the possibility of signing Salah before the two teams meet in the final on May 28, given the Real president’s history of public declarations when it comes to transfer targets. The 29-year-old’s deal expires in 2023 and there is some uncertainty as to whether he will put pen to paper.

Knowing that Salah is stalling over his new contract, it may hand Madrid the chance to launch a bid this summer. Having Salah for two or three seasons at his prime would not only strengthen the La Liga giants, it would demonstrate to Mbappe what he can achieve there when his next PSG deal expires.

Mo Salah is still yet to renew his contract with Liverpool
(

Have Your Say! Should Real Madrid move for Mo Salah after missing out on Kylian Mbappe? Comment below.

Part of the fallout from Erling Haaland ’s transfer is what Manchester City are going to do about their overflowing attack — but Real Madrid may be willing to assist by taking Sterling off their hands.

Much like Salah and Mane, Sterling has been linked with a move to Spain for several years now. And if the 27-year-old is keen on taking on a new challenge abroad, La Liga appears to be his best option.

The England star’s contract expires in 2023, meaning Man City may have to sell this summer to avoid him leaving for free next summer. Ancelotti knows all about the attacker’s ability, having faced him as Everton boss, and could see him as a decent addition to his squad for next season.

Much like his team-mate Salah, Mane is in a state of contract limbo at present. And that could encourage Real to press ahead with a cut-price deal to lure the Senegalese to the Spanish capital.

Mane, 30, has reportedly received offers from PSG and Bayern Munich as he weighs up whether to stay at Anfield. The winger has a reputable record of goalscoring with the Reds, with 111 goals in 267 appearances in his six seasons at the club and would surely jump at the chance to join Madrid.

It would be a short-term signing, with Mane set to turn 31 next month, but short-term enough to allow Mbappe to follow afterwards if he is still interested. For the right price, it may prove to be the deal that all three parties are satisfied with.

Bayern Munich are facing the possibility of losing Serge Gnabry on a free transfer next summer — and that will be music to the ears of Real supremo Perez.

Gnabry has rejected all attempts to renegotiate the terms of his contract with the German giants, and with 13 months remaining on his current deal, he could leave for nothing next summer. The 26-year-old has proven to be an elite player since moving to the Allianz Arena in 2018, scoring 63 goals in four seasons at the club.

Ancelotti is understood to be a fan of Gnabry’s explosive style of play and Real would have no trouble offering the former Arsenal forward a bumper pay rise, which would be much lower than what Mbappe would have taken home. It would be no surprise at all if Bayern agreed to cash in this summer, rather than allow Gnabry to walk away for free next summer.

It was mooted that PSG could have moved for Nkunku to replace Mbappe if he left this summer, so for Real to size up a big-money transfer bid for the RB Leipzig star should not be out of the question.

In terms of talent, Nkunku has the whole package. The 24-year-old is creative, a clinical finisher and possesses enough pace to help him adapt to the different style of play in Spain. He has also notched 30 goals in all competitions this season, putting him on the radar of clubs such as Manchester United.

But Madrid, having won La Liga and reached the Champions League final, offer that history of winning that cannot be beaten. If Ancelotti is looking for a forward to seamlessly slot alongside Karim Benzema and Vinicius Junior, Nkunku may prove to be the best option and a statement signing too — although with a price tag of at least £70m, he won’t come cheap.

Christopher Nkunku has scored 30 goals in all competitions for RB Leipzig this season
(
Advertisement. Scroll to continue reading.

Real have shown a tendency to invest in younger talent in recent years, spending heavily on Vinicius Junior, Rodrygo and Eder Militao. It would make sense then that another Brazilian talent, Ajax winger Antony, would be on their radar.

The 22-year-old has experienced a meteoric rise since arriving at the club in 2020. While his record of 22 goals in 79 appearances is hardly spellbinding, the youngster has shown great potential working under Erik ten Hag.

He is already a full Brazil international and has been tracked by the likes of Manchester United, Barcelona and Bayern Munich. If Real are keen to snap up another winger who can be converted into an inside forward, Antony may be a prime candidate and reasonably priced at around £45m.