Milan breathe sigh of relief as update on Messias arrives

Fofana responds to Milan links and reveals he often speaks to Maignan: "A great team"

Look who’s back! Zlatan Ibrahimovic starts for Sweden for the first time in FIVE YEARS as the 39-year-old AC Milan striker comes out of international retirement to set up the opening goal in World Cup qualifier against Georgia

Zlatan Ibrahimovic completed an emotional homecoming on Thursday night as he was handed his first appearance for Sweden in almost five years – and it took him just 35 minutes to make his mark.

The 39-year-old striker was reduced to tears earlier this week when asked how his family feel about him returning to the national team.

Ibrahimovic, who had not featured for Sweden since declaring himself retired from international football following Euro 2016, partnered Real Sociedad’s Alexander Isak in attack as boss Janne Andersson immediately called on his experience for the opening 2022 World Cup qualifier against Georgia. 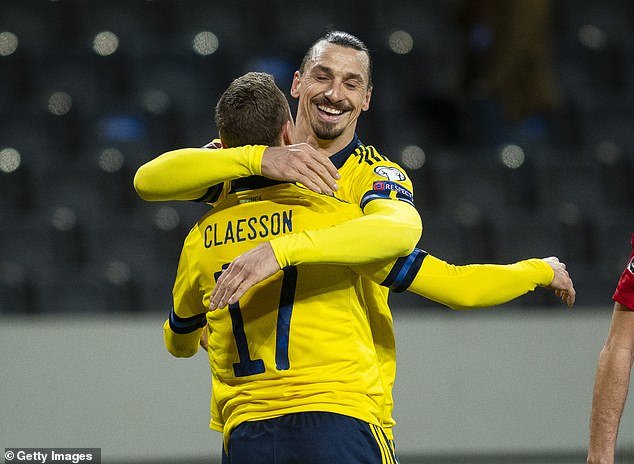 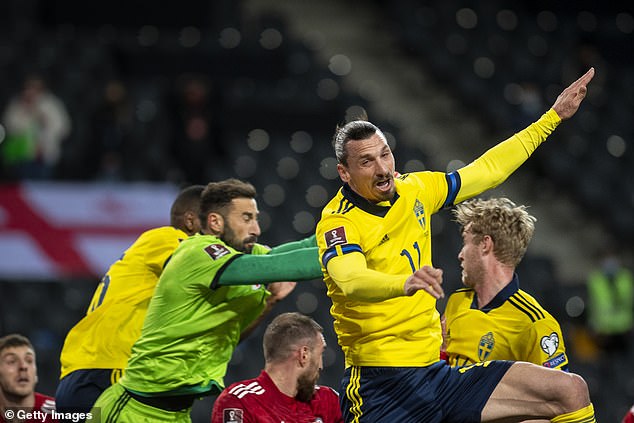 The strike pairing caught the eye as Ibrahimovic made his professional debut at Malmo two days before Alexander Isak was born in 1999.

In the end it was Ibrahimovic as the teacher who showed student Isak how it’s done as he set up Viktor Claesson for the opening goal.

Ibrahimovic is Sweden’s greatest ever player but he appeared determined to show his return was more than just a sentimental gesture.

The Milan striker is looking to build on his 62 goals in 116 caps against a Georgia side expected to struggle in this qualifying campaign.

Andersson and Ibrahimovic had been discussing a return since the beginning of the year, it was revealed in his press conference this week. 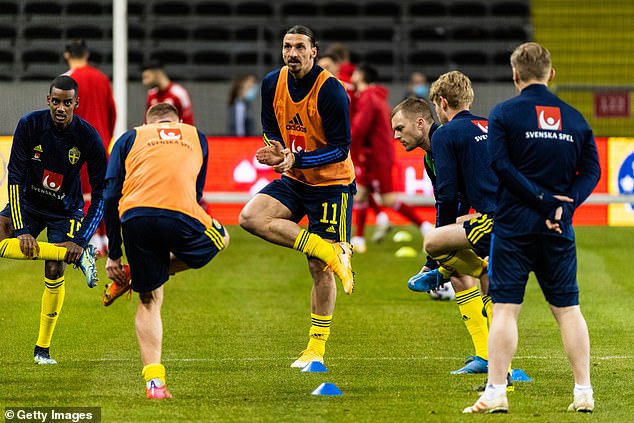 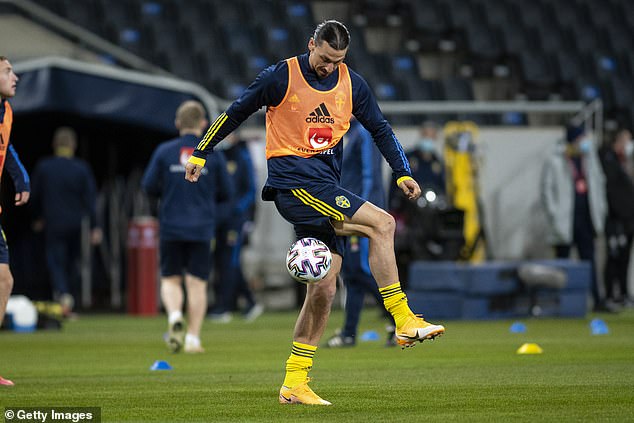 Speaking about his meeting, Ibrahimovic said: ‘We met for the first time, alone in a room, and we spoke about everything.

‘It was a positive meeting where we confronted each other and, in the end, we chose what was best for Sweden. We both know what is best for the national team and today I’m sitting here in front of you.

‘If I’m here, it’s not because my name is Zlatan Ibrahimovic, but because I deserve to be here. Everything I have done before means nothing. I feel fit, I want to be involved and I feel I can still contribute for the national team.

‘I’m just a piece of the puzzle. If you ask me, I’m the best in the world, but that doesn’t help here. I just want to put my experience at the disposal of the team and I promised the coach I will be decisive, but now I have to prove it on the pitch.’ 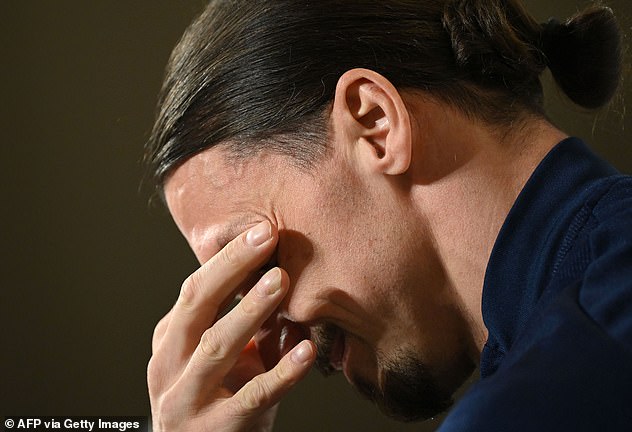 It was a strong line-up chosen by Andersson at the Friends Arena, just outside Stockholm, on Thursday with Sweden keen to set the tone for the rest of Group B.

As well as Georgia, Ibrahimovic and Co will have to navigate Spain, Greece and Kosovo.

They take on Kosovo in Pristina on March 28 before rounding out this international break with a friendly against Estonia.