Who is Gianluca Scamacca? Arsenal transfer target dubbed 'the next Zlatan Ibrahimovich' 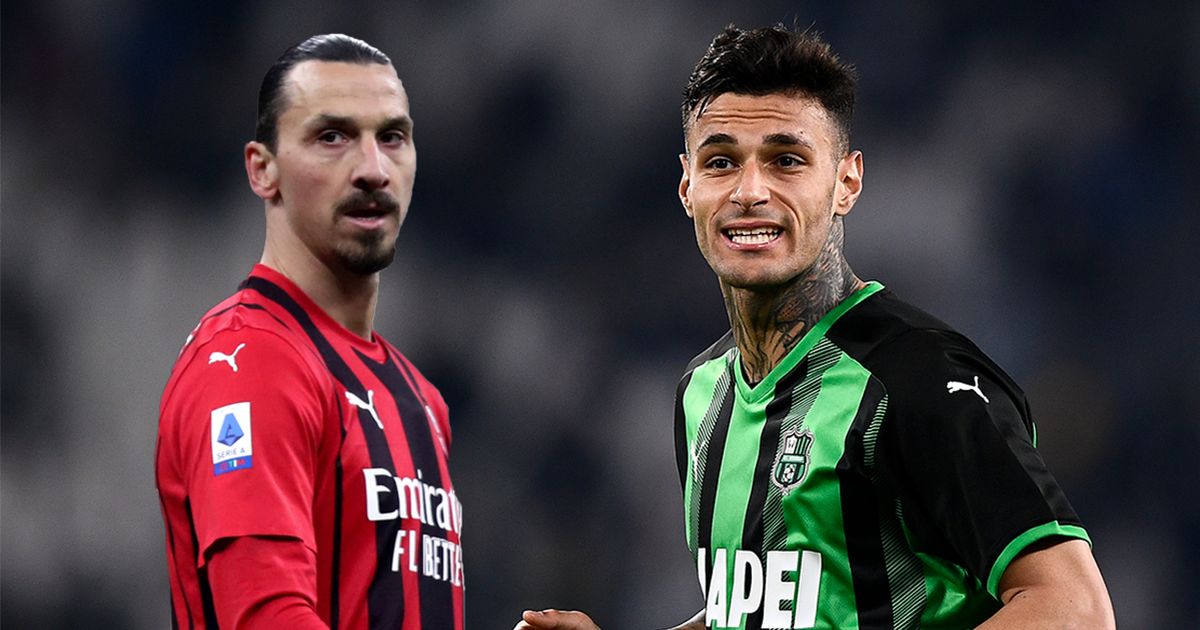 There are no two ways about it – Arsenal need a new striker.

Pierre-Emerick Aubameyang’s exit to Barcelona and Alexandre Lacazette’s expiring contract means they need a proven goalscorer, something that is holding the Gunners back from fulfilling their potential this season.

The January transfer window might have closed with Dusan Valhovic slipping out of Mikel Arteta’s grasp, but the Spaniard is not dwelling on it as his search for a no.9 in the summer is in full swing.

The Gunners have been linked with several players including Alexander Isak, Dominic Calvert-Lewin and Ollie Watkins who are all, for the most part, household names.

Arteta is also looking for players flying under the radar, but still fostering big potential.

Gianluca Scamacca fits that bill and it’s believed Arsenal are keen on making a move for the Sassuolo star at the end of the season.

Here’s everything you need to know about the Italian rising star.

Gianluca Scamacca in action for Sassuolo

Would Gianluca Scamacca be a good signing for Arsenal in the summer? Comment below

Scamacca, 23, came through the ranks at Roma before joining PSV at the age of 16.

The striker’s time in the Netherlands didn’t last long, however, as he promptly returned to Italy with Sassuolo who signed the him in January 2017.

But it’s taken a long while for him to find his feet as he was sent him out on loan every season, except the current campaign.

He showed flashes with Genoa last term, scoring nine times, one goal in every 104 minutes he spent on the field.

Sassuolo finally decided to give him a chance to show what he can do, as a result, as their former talisman Francesco Caputo joined Sampdoria in the summer.

And he’s not let them down.

Scamacca has scored nine goals in 26 appearances this season and is on the verge of making the Italy World Cup squad (if they can progress past the playoffs.)

Attitude problems as a youngster

Scamacca’s career has not been void of controversy so far.

There were claims the player had betrayed Roma when he joined PSV after growing up in their academy system by jumping ship at almost the first opportunity.

And it seems the bad blood still lingers on both sides.

There were reports his father broke into the Roma training ground this May, reportedly causing damage to buildings and parked cars before being arrested by police.

Scamacca went on record to say they are not close, telling reporters that he grew up with his mother and sister and that is who he considers his family.

There was also an incident in 2017 in which he and Moise Kean were sent home from an Italy Under-19s training camp for a series of practical jokes taken too far.

Scamacca has been caught up in some controversy with Moise Kean

Scamacca is delivering on the pitch, however, and has drawn comparisons with Zlatan Ibrahimovic, who also happens to be his footballing idol.

His 6 foot 5 frame means he is physically gifted, but crucially he’s still technically sound as he starts to find the back of the net on a regular basis – something which is rare to see nowadays.

Ibrahimovic got a front-row seat of this deadly combination of power and precision as he scored a brace in a 3-1 win over AC Milan earlier this season.

His first goal was the pick of the bunch as he rifled home an unstoppable shot into the net off the underside of the bar.

Scamacca has been likened to Zlatan Ibrahimovic

Liverpool were previously linked with Scamacca when he played for Roma as a youngster but nothing came of it.

Tottenham were taking a close look at him in January after a move for Vlahovic broke down, but a move did not materialise.

And now Arsenal are the latest side to be in the mix for the highly-rated attacker.

Inter Milan appear to be leading race the race, however, as club transfer officials Giovanni Carnevali and Beppe Marotta have met with his representatives over the past few weeks to discuss a move, according to Gazzetta dello Sport.