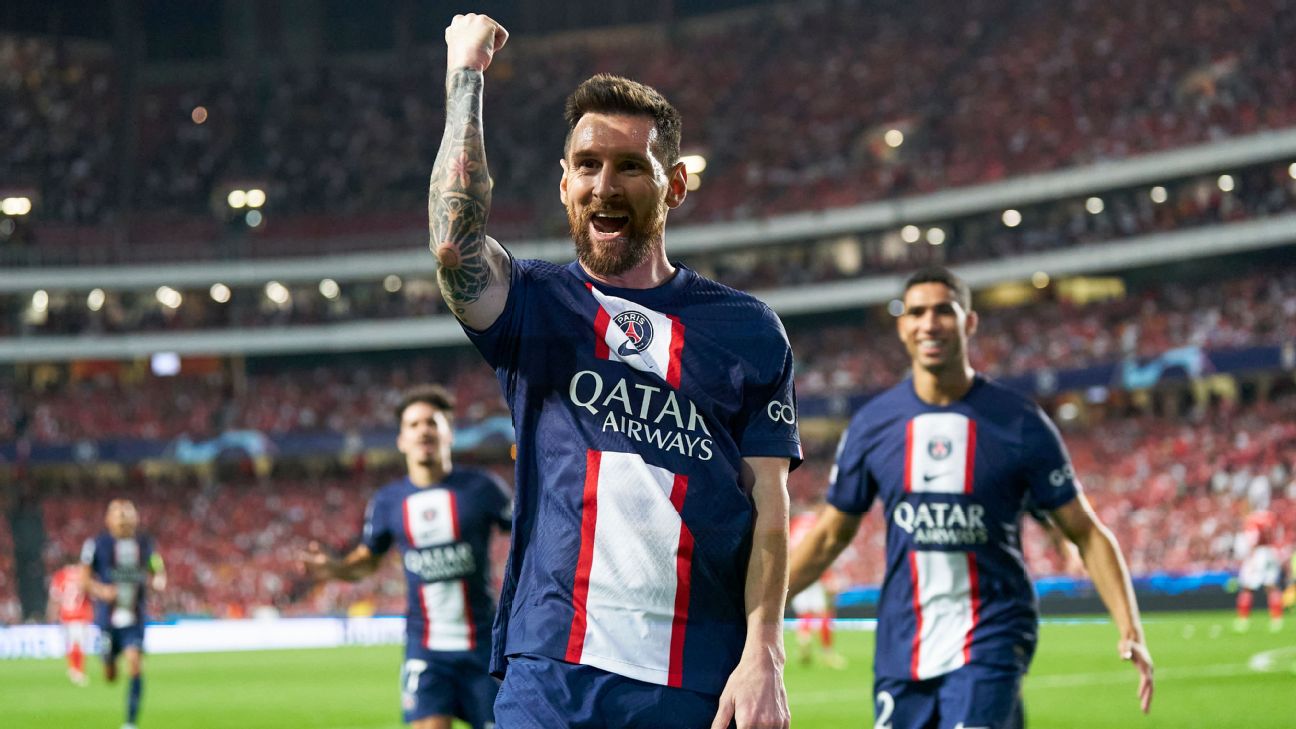 Another enthralling round of UEFA Champions League group stage action, with Erling Haaland and Lionel Messi continuing to break records. The Argentine legend was on the scoresheet for PSG in their draw against Benfica, while Haaland grabbed a brace as Manchester City hammered FC Copenhagen. Chelsea handed AC Milan a heavy 3-0 defeat, with Liverpool also easing past Rangers. Real Madrid edged past Shaktar Donetsk, but it was a terrible UCL round for the other Spanish teams, with Barcelona, Atletico Madrid and Sevilla all losing.

By The Numbers has the best stats from across the competition:

Lionel Messi became the first player to score against 40 different opponents in the UEFA Champions League, with Benfica the latest to be added to his list.

Messi scored in his 6th straight game in all competitions for club and country. His longest such streak since Dec. 2018-Feb. 2019

With his brace against Copenhagen, Haaland passed Rivaldo and Luis Suárez (27) and tied Ryan Giggs at 28 career UCL goals. Only 27 players have score more UCL goals than the Norwegian.

Haaland is averaging a goal or assist every 54 minutes in the Champions League 😳 pic.twitter.com/RafnO4VVRI

Mohamed Salah is now 1 goal shy of tying the record for most UCL goals scored by a player representing an English club, having now scored 35 times, with Sergio Aguero and Didier Drogba on 36 goals.

Aged 19 years and 98 days, Jude Bellingham became the youngest captain ever to score in a UEFA Champions League match.

Pierre-Emerick Aubameyang scored his first UCL goal since his brace vs Real Madrid back when he played for Dortmund, on Dec. 6, 2017… 1764 days ago.

With its 5-0 win over Viktoria Plzen, Bayern Munich extends its unbeaten streak in the UEFA Champions League Group Stage to 31 games, breaking the #UCL record previously held by Real Madrid (2012-17).

Bayern has outscored opponents 98-21 during the streak. pic.twitter.com/fO77e2Z7sU

Ángel Di María produced his 2nd UCL game with 3 assists over the last 10 seasons. He is the only player with multiple 3-assist games in that span.

Sevilla are winless in 5 home games this season in all competitions; that is the club’s longest season-opening winless streak in 26 years (also 5 in 1996-97).

Ajax suffered their heaviest defeat in all competitions since November 1964 (9-4 against Feyenoord in the Eredivisie). Ajax had never conceded 6 goals in a Champions League/European Cup game prior to Tuesday’s 6-1 loss to Napoli. It was also Napoli’s best margin of victory in their UCL history