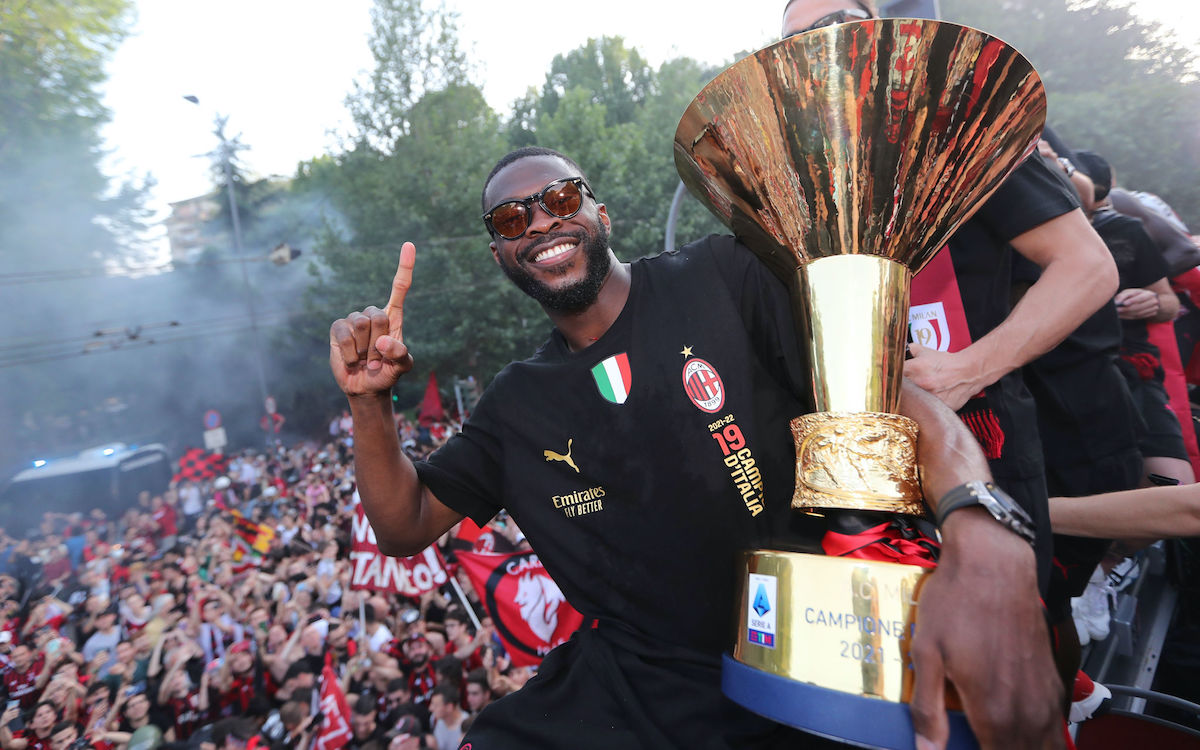 AC Milan defender Fikayo Tomori has reflected on a ‘dream come true’ as he helped the Rossoneri win the 19th league title in their history.

Milan ended the campaign with six straight wins which – thanks to Inter losing their game in hand against Bologna – was enough to go on and win the Scudetto. A 3-0 victory against Sassuolo at the Mapei Stadium on Sunday was an emphatic way for the Rossoneri to announce themselves as the new champions given only a draw was listed.

Tomori was interviewed by Corriere dello Sport about the emotions he felt after winning the Scudetto on the last day in Reggio Emilia, with his comments transcribed by our colleagues at SempreMilan.it.

“I felt like a child who was making his dream come true. That kind of feeling has never happened to me before. I was really starting to realise what we had done. It was the culmination of work that lasted months,” he began.

“I really feel this shirt a lot. And in my opinion it is an absolutely deserved victory. Now we know what it takes to win. So we have to go the same way next year too. We want to confirm ourselves as champions, win as many trophies as possible and do better in the Champions League. We will be even hungrier and we will be even stronger, I’m sure.”

Tomori was asked by the paper about the first impressions he got upon his arrival back in the January transfer window last season, as he came on an initial loan deal from Chelsea.

“We knew from the beginning that we were strong and that we could win. When I arrived a year and a half ago, we were first in the table and our goal was a place in the Champions League. We reached it, but without winning the Scudetto,” the Englishman added.

“It was therefore natural to start this new year with the intention of taking home a trophy. I repeat it is a beautiful feeling. And it makes me even more happy, because I feel great here.”

Having come from the Premier League, Tomori now has experience in two different top European leagues and he was questioned on what he perceives to be the difference between them.

“Basically, it’s mostly a question of intensity. In England it is much more. And there is even more running. But in Italy there is more tactics and we work first of all as a team and as a department, rather than individually. For the rest there are not many differences, only small details, nothing substantial,” he said.

Milan ended the season with 9 clean sheets in their last 11 games, and Tomori started every single one of the.

“Whether it is a defensive or an attacking phase, it is still a team effort, not just of a department or of individuals. Work is the real secret. And we’ve done a lot of it. It is from this commitment, from this application the improvements were born,” he added.

“I admit that in the last 10-11 games the level of our defence was really very high. And, when you do not collect goals, having people like Leao or Giroud in front of you who are able to score at any moment, then everything becomes easier.”

Whoever wins the next title out of Milan or Inter will get a second star on their shirt.

“We only need one more, we will definitely try. Key matches? The one against Inter for sure. But I also think about the one against Lazio. There were several moments in which we had the strength to react to difficulties and bring home the result.”

Finally, on the best strikers in Serie A: “More than one. Lautaro, Immobile, Osimhen and even Beto from Udinese come to mind. He is also strong and runs a lot. There are several in Serie A, but we are the champions.”