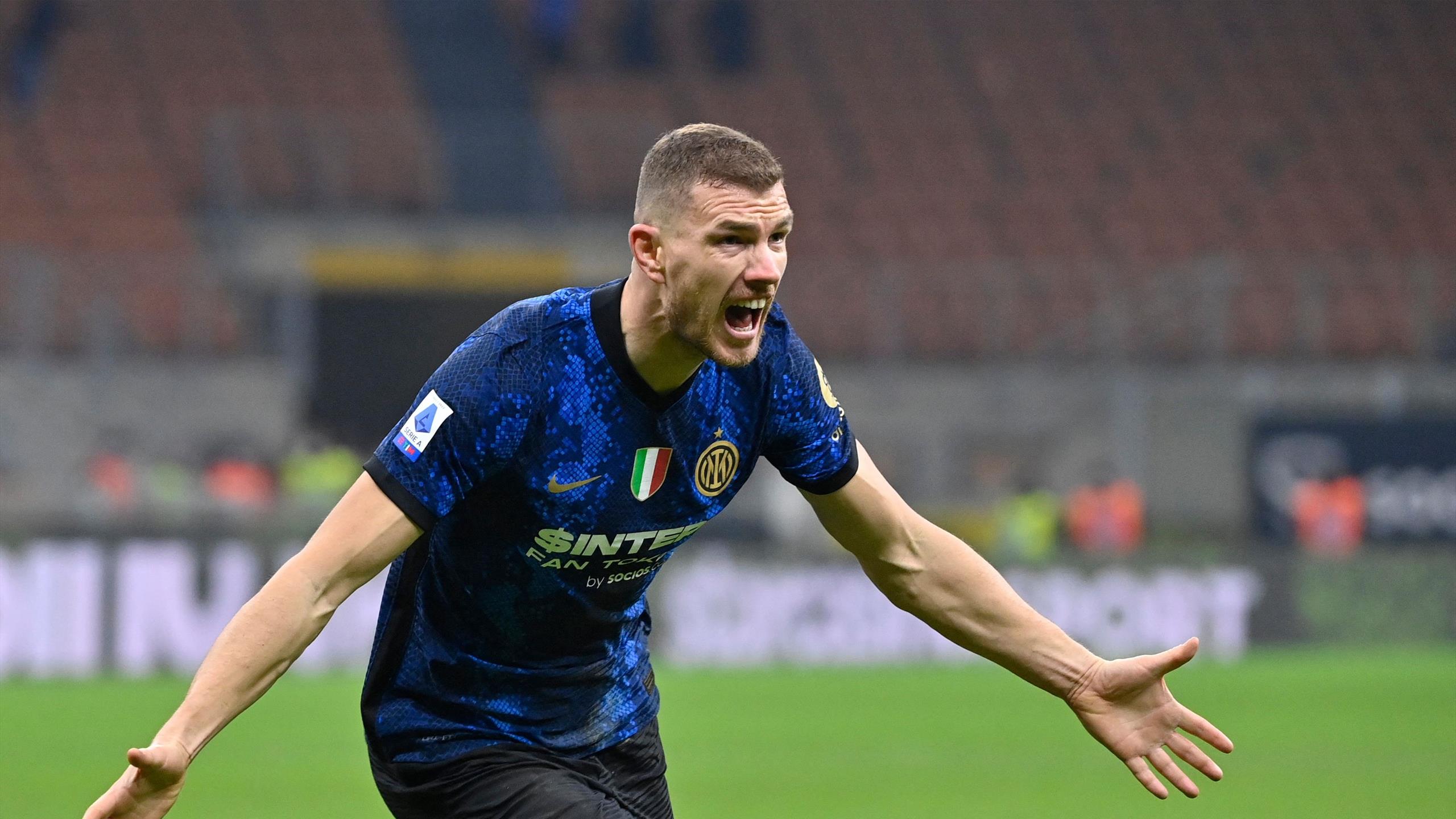 Inter Milan extended their lead at the top of Serie A to five points after a last-gasp 2-1 win over Venezia at Stadio Giuseppe Meazza.

Despite being camped in their own half for the opening exchanges, Venezia took a shock lead against the run of play on 18 minutes, after Ethan Ampadu’s cross from deep on the right flank was headed in by Thomas Henry from inside the box.

However, their lead lasted just over 20 minutes, as Inter equalised shortly before half-time. Matteo Darmian’s cross was connected on the volley by Ivan Perisic, which forced the save from Venezia goalkeeper Luca Lezzerini, but Nicolo Barella was there to score the rebound.

Simone Inzaghi’s side left it late and eventually found a last-minute winner, as Edin Dzeko made up for the chances he missed in the second half by heading in Denzel Dumfries’ cross at the back post to break Venezia hearts.

TALKING POINT – Inter win despite not being at their best

The Serie A leaders had to fight for it, but eventually their dominance of the ball and attacking output paid dividends right at the end to seal a famous win that could be crucial come the end of the season, in terms of the race for the Scudetto. The Nerazzurri are now five points clear of AC Milan at the top.

Many Inter players were not at their best, but as a collective, Simone Inzaghi’s side found a way to get the job done, against a team who for the majority of the game were camped in their own half to try and frustrate their opponents. And the game plan almost worked.

Dzeko eventually found the winner for his side, but he was not clinical enough in front of goal when the chances arose – something which could’ve cost his team dearly. Luckily for him, he made up for it.

PLAYER OF THE MATCH – Luca Lezzerini

The Venezia goalkeeper kept his side in the game and on course for a famous point right until the dying moments, as Dzeko’s last-minute header went into the back of his net.

In total, the 26-year-old made 10 saves over the course of the match. Considering that Inter had twelve shots on target, that is an excellent return. Whenever he was called upon for his side, he was there to stop the danger.

18’ – GOAL! VENEZIA LEAD! (Thomas Henry) – Wow! After being camped in for most of the game, the visitors break on the right, with Ethan Ampadu advancing forward. The Chelsea loanee whips a beautiful ball into the centre from deep, and Henry is there to head the ball in to give his side a shock lead away at the San Siro!

35’ – ALMOST THE SPECTACULAR! – A long ball comes into the box for Inter, and Dzeko gets the flick-on into the path of Martinez in the centre of the area, and the forward tries a spectacular bicycle kick first-time, but it goes over the bar.

40’ – GOAL! (Nicolo Barella) – Darmian does really well to beat two Venezia players on the right byline, before whipping in a cross. It is met first-time on the volley by Perisic, but Lezzerini saves. However, the rebound falls straight to Barella, who has an easy tap-in.

90’ – GOAL! INTER HAVE WON IT! (Edin Dzeko) – Denzel Dumfries’ cross from the right byline is headed in at the far post by Edin Dzeko to break Venezia hearts!

In this article:AC Milan, Chelsea, Featured, Juventus, Serie A