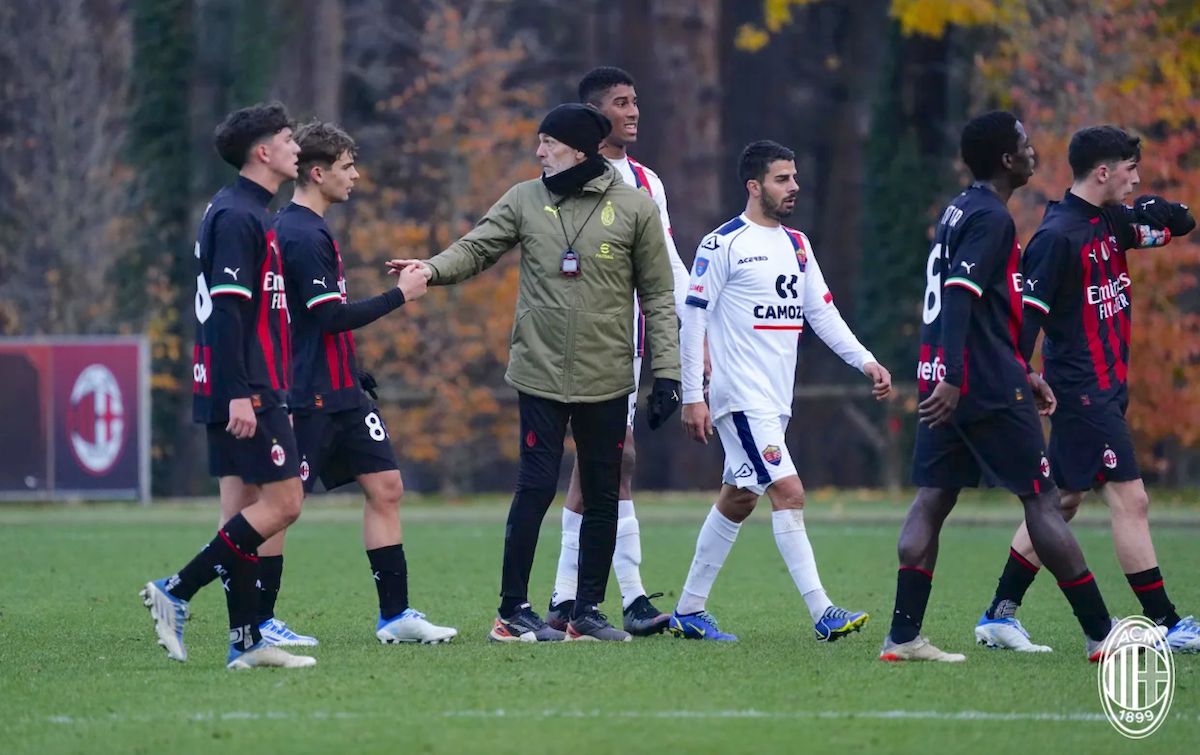 AC Milan got their winter friendly campaign underway this afternoon at Milanello, coming from behind to eventually win 3-2 against Serie D side Lumezzane.

Milan fell behind early to Spini’s goal from inside the box but drew themselves level early in the second half and it took a bit of individual brilliance by Yacine Adli, with the Frenchman finishing after a solo run.

Parity did not last long as a wonderful strike from Mauri beat the substitute goalkeeper Mirante, but two goals in the final 15 minutes earned Milan the win after Gabriele Alesi equalised from close range and Victor Eletu netted a winner having provided the assist for the previous goal. What did we learn from the win?

Stefano Pioli was unable to call upon players who represented their country at the World Cup such as Giroud, Theo Hernandez, Leao, Kjaer, Dest and De Ketelaere, while recovering players such as Calabria, Saelemaekers and Maignan were not risked, resulting in a bit of a strange line-up.

Milan took to the field in a shape-shifting 3-5-2/4-2-3-1 formation that featured the likes of Tomori, Gabbia, Pobega, Krunic, Tonali, Origi and Rebic, and when the away side took somewhat of a shock early lead that lasted them until half time, it was clear they were the beneficiaries of still being in competitive action.

The shooting boots were missing at one end as some chances were spurned and a few give-and-go attempts didn’t go as planned, showing a lack of cohesion that was mirrored at the back as the away side twice took the lead.

It was a competitive run-out in the end for a mostly young group, and one that certainly shows the importance of fitness and game rhythm. The next two friendlies against Arsenal and Liverpool will certainly provide further useful yardsticks.

Many will remember how Yacine Adli looked like the main man during the summer friendlies, chipping in with goals and assists, but we have since seen very little from him in competitive action.

However, the game this afternoon was a nice reminder of what he can do. At times the 22-year-old looked like the only one who had the vision to unlock a deep defence, and while of course the standard of the opponent must be taken into account, that same confidence was missing from some players who looked to be going through the motions.

Now, we will see if it becomes a string of positive displays in the upcoming friendly matches that might make Pioli ponder his hierarchies from the first part of the season, but if nothing else he scored a lovely goal.

3. The kids are alright

An injection of fresh legs came part way through the second half as Kalulu and Thiaw came on along with Bozzolan, Foglio, Eletu, Gala, Alesi, Lazetic and El Hilali from the Primavera.

It was Alesi who got the equalising goal as he collected a feed from Eletu after the midfielder seized a loose pass, spinning and firing in, and Eletu – who signed his first professional contract earlier this week – then netted the winner.

Those two stood out for their energy and contributions but Gala looked lively as always, and a special mention must go to Bakoune who actually started the game at right-back and looked far from out of place. He should have had an assist for Lazetic, who also caused problems.