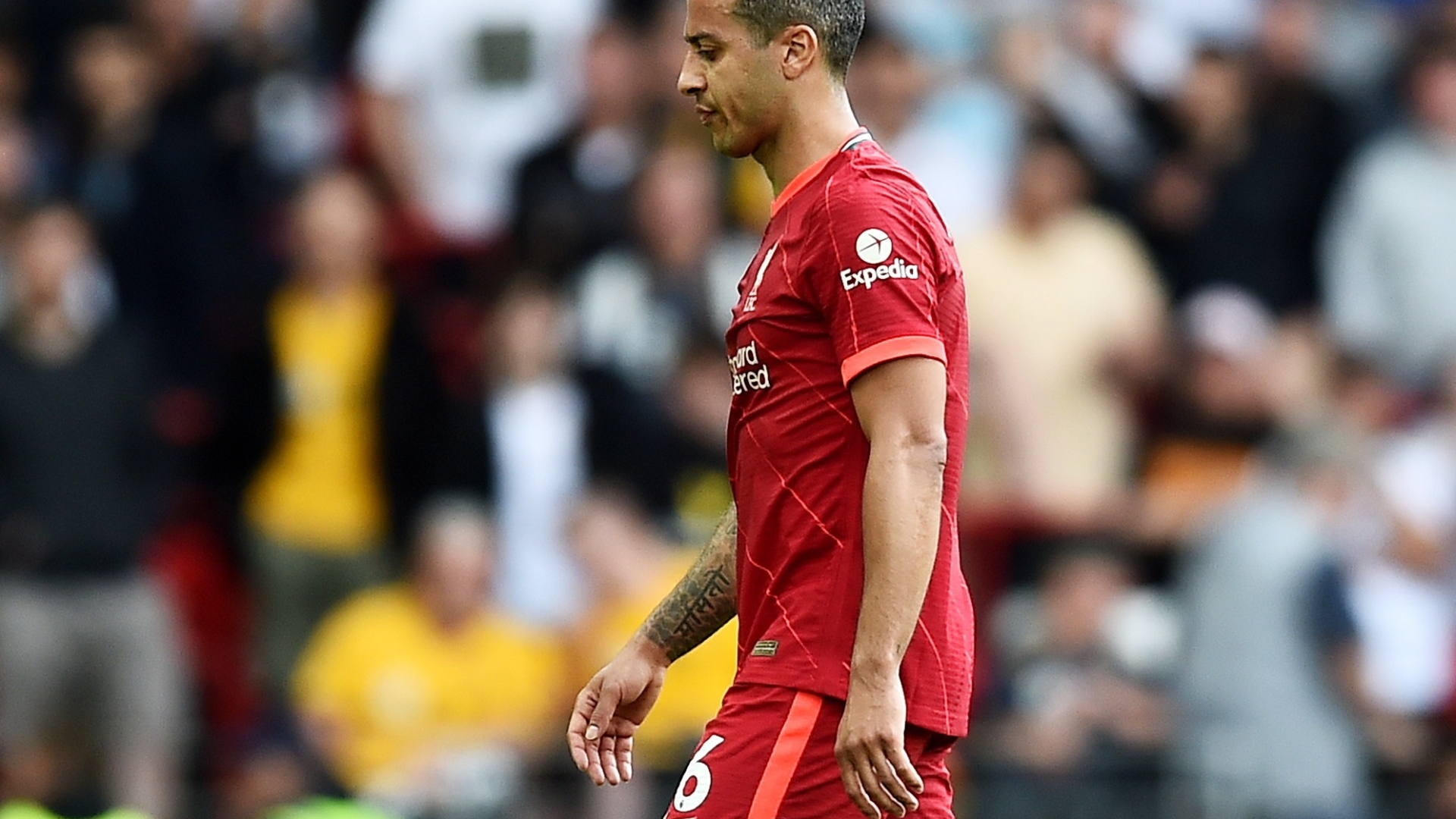 LIVERPOOL ace Thiago Alcantara is facing a battle to be fit for the Champions League final this weekend.

The Reds go up against Real Madrid in the competition’s finale on Saturday.

And they may have to do so without Thiago who went off injured in Liverpool’s 3-1 win over Wolves.

The midfield ace produced a sublime backheel to assist team-mate Sadio Mane who scored Liverpool’s equaliser in the game.

But Thiago’s minutes were cut short at half-time when it became clear he couldn’t continue after picking up a knock.

Reds boss Jurgen Klopp admitted that he was worried about Thiago’s fitness after the game.

And now, Klopp’s worst fears have been confirmed as it’s been revealed that Thiago has picked up an Achilles injury, according to The Times.

However, the report states that the injury isn’t too serious, and Thiago could recover in time for the final if he responds to the treatment fast enough.

Thiago isn’t the only Liverpool star Klopp may be without in Paris.

Fabinho is a doubt as he’s still recovering from a hamstring injury that has ruled him out of Liverpool’s last three games.

And outgoing striker Divock Origi has been ruled out of the final with a muscle injury.

Origi is set to join AC Milan this summer on a free transfer after joining the Reds in 2014.

Although he won’t participate in the Reds’ last game of the season, he was given a standing ovation by the Anfield faithful on Sunday for his contribution over the years.