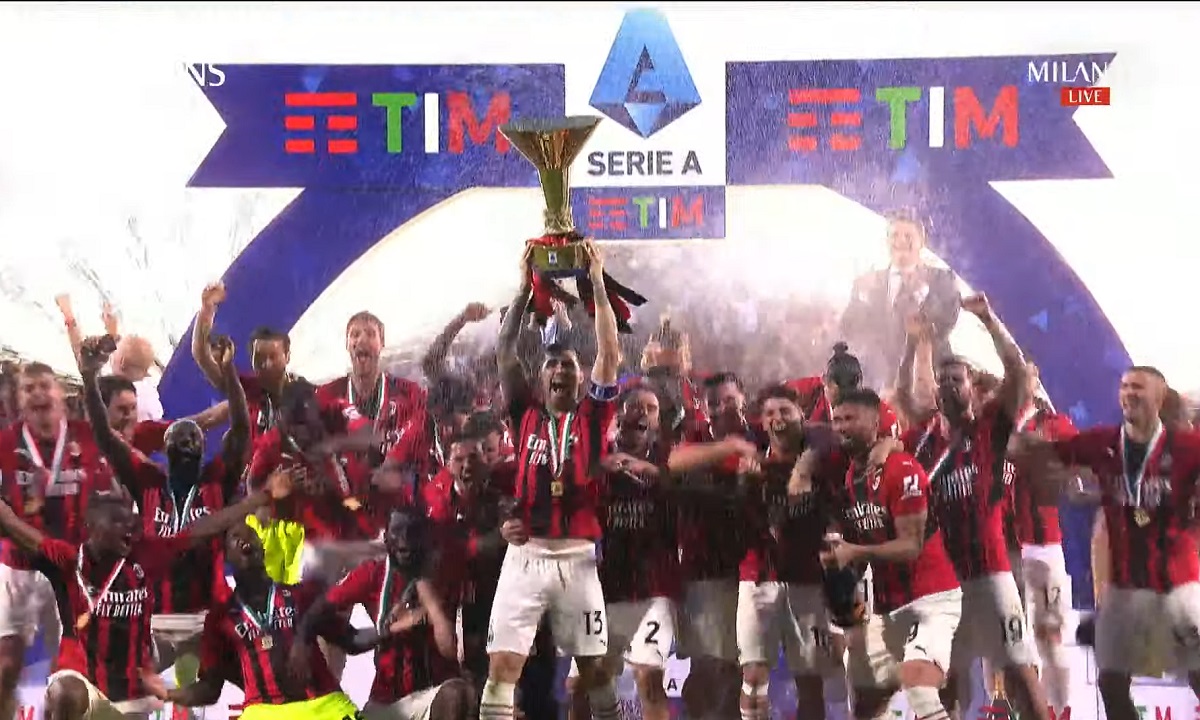 AC Milan have been crowned the champions of Italy for a 19th time as they won 3-0 against Sassuolo at the Mapei Stadium.

In the end, Milan won 26 of their 38 games this season with 8 draws and 4 losses throughout the entire campaign. The team scored 69 goals and only let 31 in, including 9 clean sheets in 11 games to close out the season.

The biggest wins were a tie between the 3-0 victories against Genoa and Venezia as well as the one this evening against the Neroverdi, while the 4-1 win at home against Cagliari in the first league game at San Siro was the same margin and the most goals scored.

In the end, Rafael Leao got 11 goals and 11 assists (tied on most goals but most assists) in the league season and will most likely go down as the most consistent attacking performer, but Olivier Giroud’s brace in another important game – after goals against Inter, Napoli and Lazio – will not be forgotten (also 11 goals).

Sandro Tonali and Alexis Saelemaekers both made the most appearances in the league with 36, which is very impressive. Furthermore, the defensive efforts shouldn’t be forgotten as Mike Maignan was awarded the best goalkeeper in the league, while Milan kept 18 clean sheets.