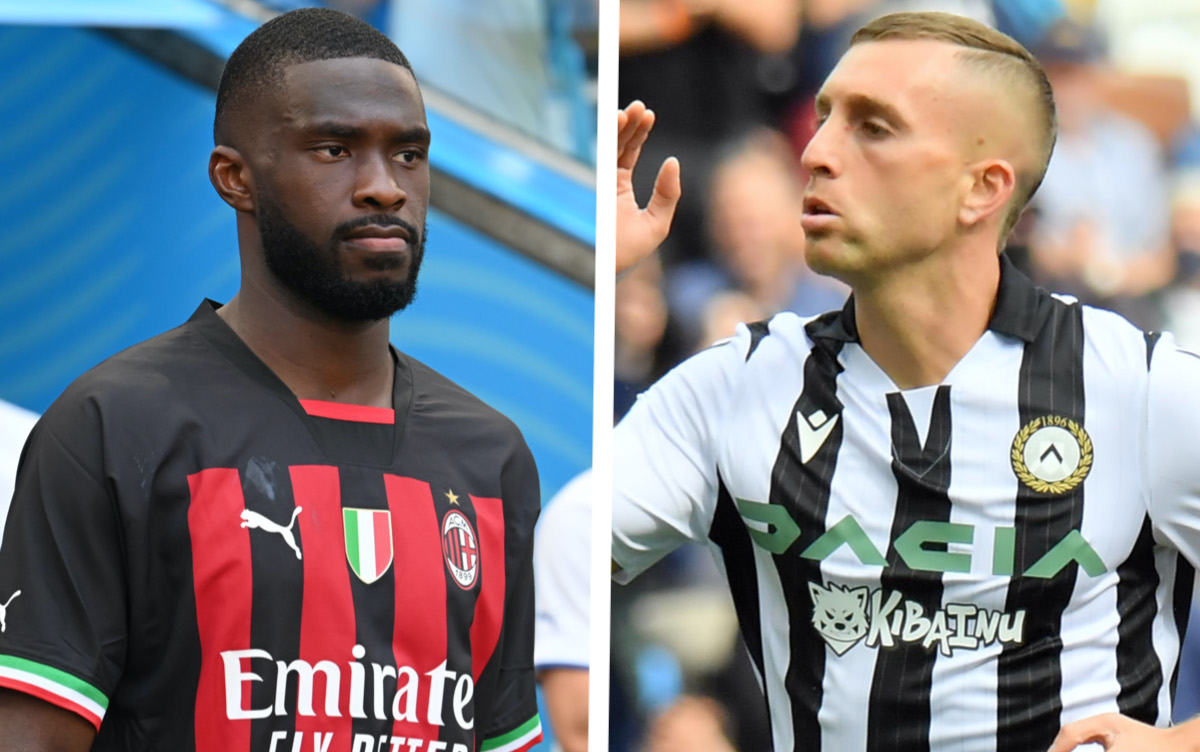 AC Milan will get their 2022-23 season started in front of a crowd of over 70,000 fans at San Siro against Udinese this evening.

Milan inevitably have a bit more responsibility on their shoulders heading into this season after claiming their first Scudetto in 11 years, but they must end a run of three draws in a row against Udinese to start the campaign in the right way.

You can read our pre-match preview here, while the best stats ahead of the game are here, and below we have picked out some of the key battles that will take place across the pitch.

The main storyline for Milan is probably the fact that they will start the game without a recognised out-and-out striker, meaning Ante Rebic will have to continue the positive signs he showed in preseason while facing off against the 22-year-old Nehuén Pérez.

Rebic netted four times during the friendlies and showed himself to be in top condition, so he will hope to cause issues for the former Atletico Madrid man with his movement, playing as more of a false nine that a traditional centre-forward like Olivier Giroud might.

Rafael Leao was rightly named the Serie A MVP last season after several decisive performances (plus his 11 goals and 8 assists in the league), and he will hope to exploit as many 1v1 chances as possible against Rodrigo Becao. The Brazilian centre-back will have to try and avoid being left in isolation, while at the other end Milan must not leave him alone either given he has 2 goals in 6 games against Milan.

At the other end, Fikayo Tomori – who signed a renewal last night – will face off against the ex-Milan man Gerard Deulofeu. The Spanish winger scored 13 goals in the league in 2021-22 and was tentatively linked with a potential return earlier in the summer, so Tomori will have to continue his red hot form from last season to keep him quiet.

In midfield, Milan will be without Sandro Tonali and as such will entrust Rade Krunic in the double pivot just as they did in the first game of the last campaign. In addition to being crucial for how the team move quickly through the thirds, he will have to keep tabs on Roberto Pereyra who is the most creative of Udinese’s midfield trio having racked up 8 goal contributions in 24 Serie A games last season (with 12 in 34 in 2020-21).

Finally, Pioli is expected to start Brahim Diaz over either Yacine Adli or Charles De Ketelaere and answers are needed from him given his struggles since September of last year and the competition for his place. Walace meanwhile is entering his fourth season in Serie A, and the 27-year-old will likely keep very tight to Brahim to limit his effectiveness.