Hakan Calhanoglu’s strike 11 minutes sent Inter Milan on their way to a 2-0 victory at Venezia.

It was far from Inter at their fluid best but the Turkish forward’s low bullet from 20 yards proved too hard to stop for Venezia keeper Sergio Romero and the scoreline stayed this way until Lautaro Martinez’s spot kick in injury time.

Mattia Aramu had the best effort for Venezia, shortly after the goal, hitting a dipping strike from 35 yards which Samir Handanovic had to backpedal and tip over the bar.

Dzeko at the double as Inter reach knockout stages

Both sides lacked polish in front of goal in the second half with Milan Skriniar the closest to scoring from open play when a corner fell to him close to goal only for Ridgeciano Haps to block his effort.

Haps was the unfortunate villain late in the piece when, with the referee about to blow for full time, VAR alerted that the defender had handled the ball and the Argentinian substitute made no mistake from 12 yards.

Inter pull within a point of Napoli and AC Milan ahead of their games on Sunday.

In losing Antonio Conte and Romelu Lukaku in the summer, Inter lost a coach renowned for squeezing every drop of effort from his players and the man who could get them wins even when they were not near their best. The positive result from this game was in a way as encouraging as the 3-2 victory over Napoli last time out.

Inzaghi clearly has his players onside and prepared to scrap for wins that do not come easily. Free transfers Edin Dzeko and Hakan Calhanoglu are contributing strongly as is Matteo Darmian on the right flank, albeit not capable of replicating Achraf Hakimi’s role. When it comes near the end of the season the winning experience of the Inter players might mean they are less likely to wilt than Milan or Napoli, but Inzaghi has succeeded in the first task, of keeping them a relevant force despite the summer cost cutting.

Italy have such a fine lineage of centre backs and Bastoni’s increasing improvement suggests he is ready to be the lieutenant to Leonardo Bonucci and maybe one day take over as the alpha in the Azzuri backline. Bastoni has the combination of being defensively sound, with fine positioning and timing of challenges, as well as a silky mover and good passer with the ball at this feet. In this match Venezia striker David Okereke barely was given a sniff of goal. He won’t be the last this season.

37′ Aramu hits a fantastic shot from all of 35 yards and Handanovic has to leap backwards to tip over the bar.

90+4′ VAR – PENALTY FOR INTER! A yellow card is given to Haps. There didn’t seem a big claim for this kick.

90+6′ GOAL FOR INTER! Martinez converts from the spot sending the keeper the wrong way.

Inter hold off Napoli to strike blow in title race 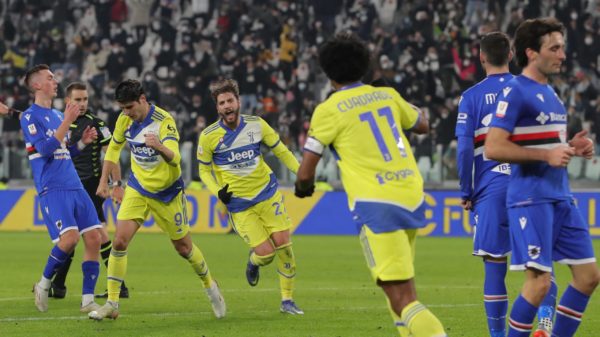 Juventus eased into the quarter-final stages of the Coppa Italia with a 4-1 win over Sampdoria at the Allianz Stadium. Juan Cuadrado was captain... 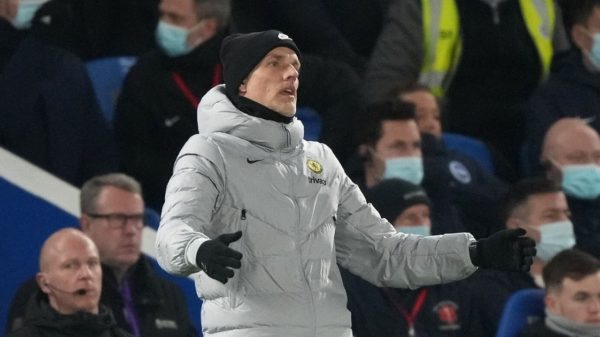 Pietro Pellegri hasn’t been that successful since he joined AC Milan on an initial loan deal from Monaco last summer. In desperate need of...