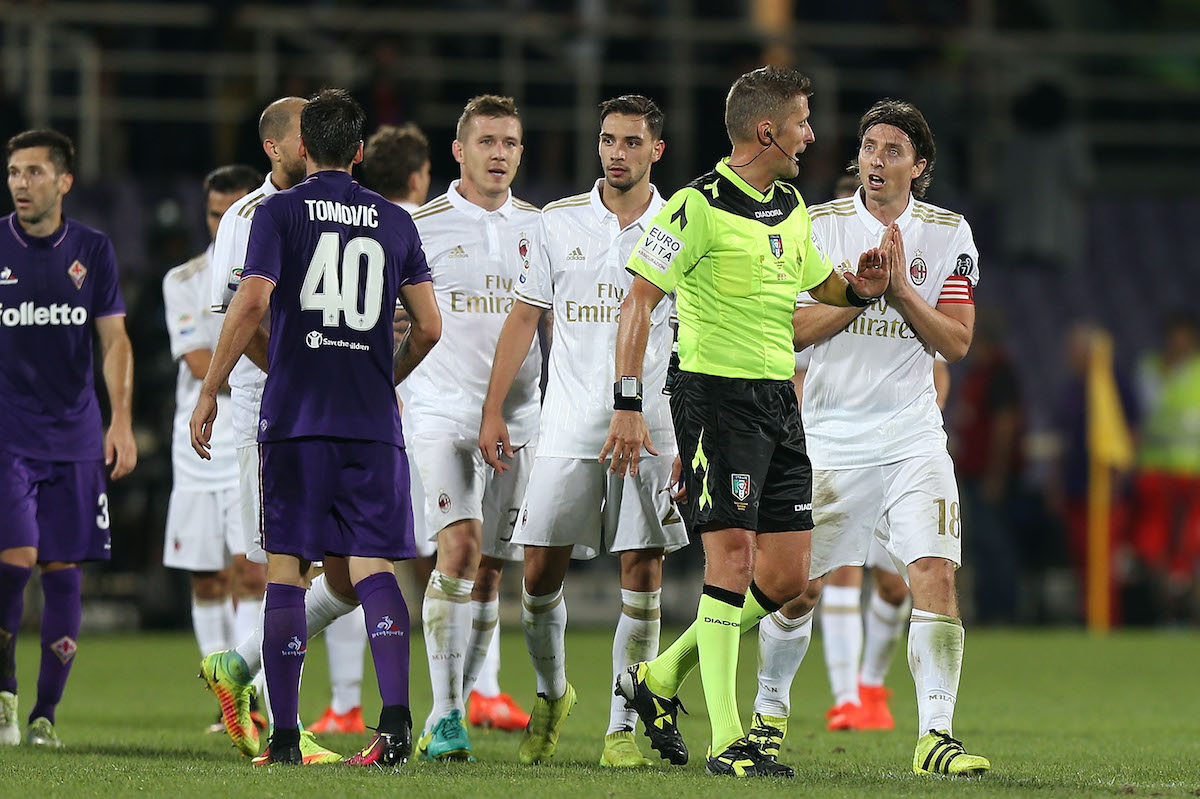 Question marks have been raised about the decision to let Daniele Orsato referee the huge game between AC Milan and Juventus on Sunday night.

Milan versus Juventus is often a fixture that doesn’t require much work to generate excitement and anticipation, but Sunday’s game carries a particular added meaning given that the Rossoneri need to win to keep up their title pursuit and the Bianconeri could do with three points in their battle for the top four, and a defeat for either could be catastrophic. If you fancy a dabble on the fixture, use top UK betting sites.

MilanNews takes a look at Milan’s games featuring some controversy surrounding the referee Orsato, starting on 26 April 2021 when Joaquin Correa scored for Lazio to make it 2-0 at the Stadio Olimpico, but a clear foul by Lucas Leiva on Calhanoglu at the beginning of the move forced the VAR chief Mazzoleni to call Orsato to the monitor.

The referee – instead of looking at the incident with total clarity – instead seemed to be annoyed and almost insulted by the call of his colleague. After an eleven second review of the incident he allowed the goal to stand, and said to the VAR room: “”But what are you telling me?”

The Rossoneri were unlucky with Orsato on 30 March 2019, when a goal by Defrel after an early mistake by Donnarumma gave Marco Giampaolo’s side the three points over Gennaro Gattuso’s Rossoneri. There was huge controversy at the end of the game for a reckless tackle by Murru after Bakayoko fed Piatek in behind who entered the box, only to be chopped down from behind.

From the VAR room Doveri called Orsato to the screen, but the result is the same as Lazio-Milan. The referee obviously did not like the suggestion of his colleagues that he got the call wrong and did not change the decision.

Orsato has not only committed several very serious errors of interpretation for the top levels, but he also defended his choice with presumption and superficiality. Are those in charge really sure he is suitable for a big match like Milan’s game against Juventus on Sunday night?

Let’s not forget the background to this involving the fact that Milan feel they were very hard done by on Monday night when Marco Serra decided not to allow what would have been a late winner from Junior Messias against Spezia, whistling early to negate a clear advantage. Another costly error would be infuriating.

READ MORE: Milan receive a much-needed double boost for the midfield as visit of Juventus looms