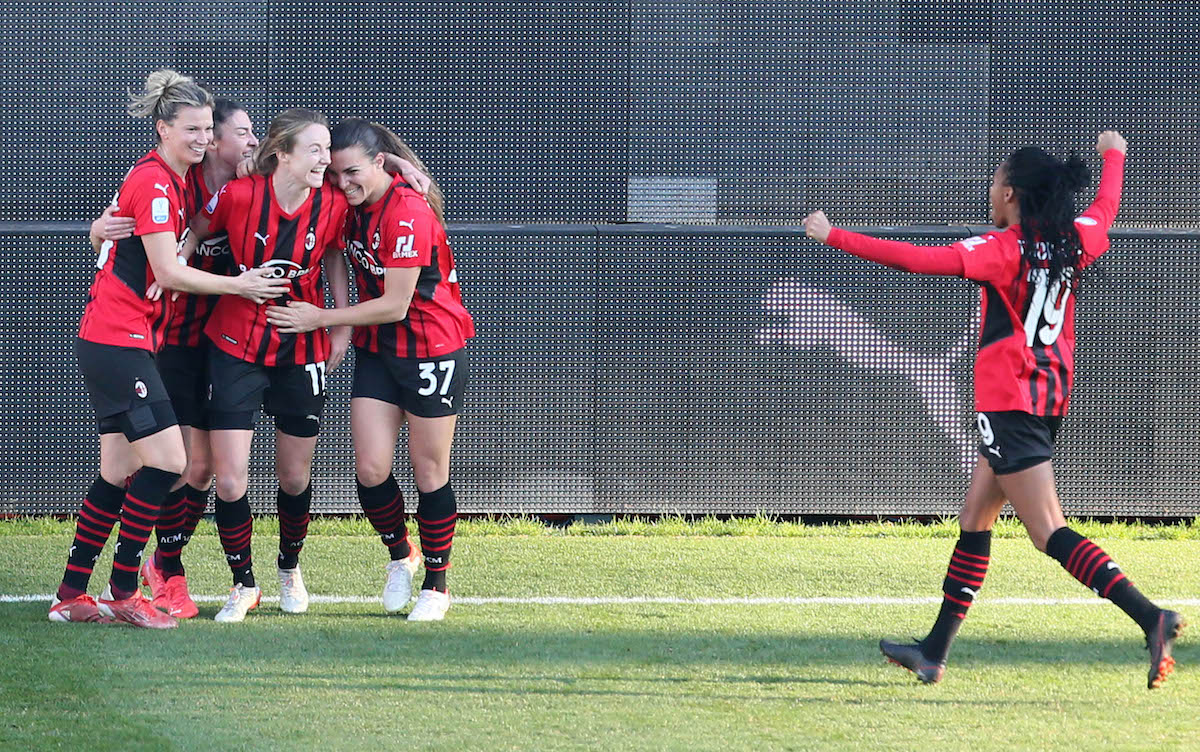 The AC Milan Women will resume league play this Saturday as they take on Hellas Verona this weekend, with kick-off time all set for 14:30 CET.

Here’s an overview of what you need to know…

The two teams have previously met a total of six times. Milan has won five matches and tied one game against the Gialloblù. The Rossonere have also scored a total of ten goals against them while Verona have only scored two against Milan.

The two have met once already this season and it ended in a resounding 4-0 win for the Rossonere. Milan will go into this weekend’s match without one of the people who scored during that game, as Valentina Giacinti has moved to Fiorentina on a season-long loan.

Furthermore, midfielder Christy Grimshaw is currently injured, as they were substituted out of the Supercoppa Femminile final against Juventus. Martina Piemonte is also said to be potentially missing the match due to an injury (as per Tutto Calcio Femminile). So, in addition to being without their star forward, and another striker, the team will also be without one of their beating hearts.

Milan currently sits in fifth place in the Serie A table and a win on Saturday will give them a much-needed boost. Winning this game will also be just the start they need to climb their way back to the top.

Milan were already up against it, but the absences of both Grimshaw and Piemonte make the climb even steeper. Milan should, however, be able to pull off a victory. It will be a hard fought one, but we expect them to win this game.

The match will be on TimVision and Milan TV in Italy. For those who live in Germany, Canada, the UK and Ireland, and the United States, the game will be on Ata Football. For everyone else, check your local listings. The match will also be available worldwide and for free on La7.