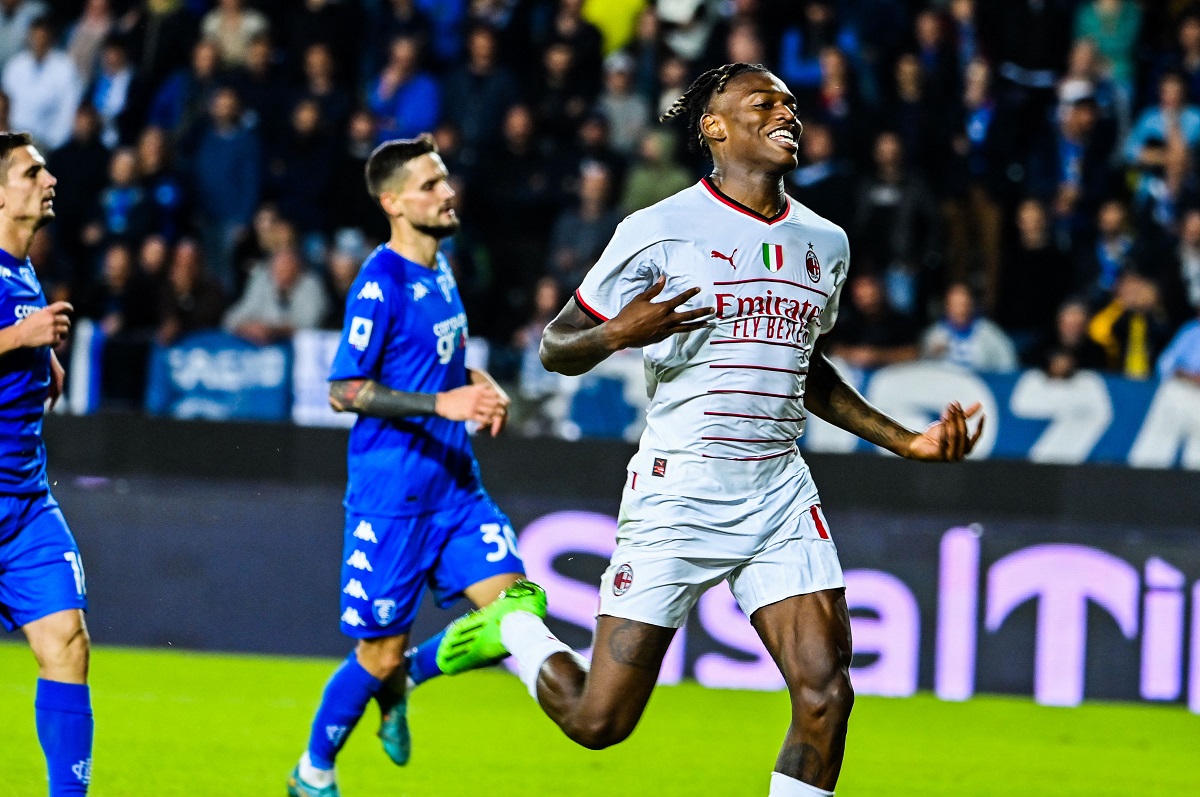 AC Milan coach Stefano Pioli has said that Rafael Leao is doing very well with the Rossoneri amid the rumoured transfer interest from Chelsea.

Speaking to Prime Video (via Milan News) ahead of the match against the Premier League side on Wednesday evening, the coach was quick to brush off a question about how Chelsea are one of many teams heavily linked with a move for the Milan forward in the near future.

“Chelsea on Leao? He is doing very well with us, I see him as being motivated and he has to continue like that,” Pioli said.

Milan are known to be working on a new contract for the player but there is no doubt that he has a chance against Chelsea to show off on a big stage and build interest in him.

Pioli admitted that the quality of the opponent on Wednesday is high but he has asked his team to just focus on their own football and how they know they can play.

“The quality of the opponent is high, but I ask the players to play our football and try to command the game,” he said.

“Of course it was a surprise when they lost to Dinamo Zagreb, then they changed coach and they are a great team who won the Champions League two years ago.

“It will be a good test for us, against a big European team. It will be a special game for Giroud and Tomori, who are important for us.”

Milan are without a number of key players after a recent spate of injuries.