"One of the best moments of his career" 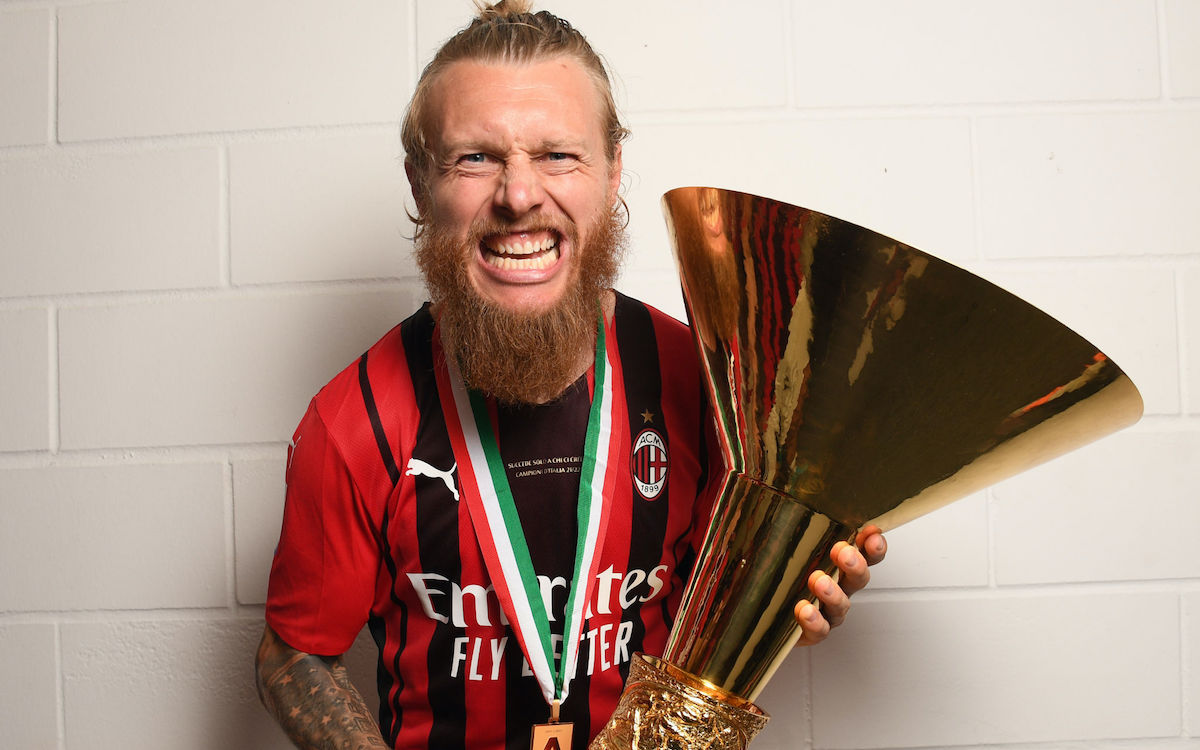 The agent of AC Milan defender Simon Kjaer has revealed how happy the Dane is after the Scudetto win, and that he is experiencing ‘one of his best moments’ at the club.

Kjaer has had to watch from the sidelines over the past few months after he sustained a knee ligament injury during the win over Genoa back in December, which required an operation thus ruling him out of the remainder of the campaign.

The good news is that the Dane should have a full preseason to get his condition back to 100% and return to being a leader on the field as well as off the field. The aim is to have the 33-year-old back to full fitness in time for the preseason friendly campaign so as to ease him back into game action and then he will be ready for the new campaign.

Mikkel Beck, the agent of Kjaer, was interviewed by SerieANews.com about the season that he has had and the emotions that his client is currently experiencing.

“Simon is doing very well, his morale is sky high. He and the whole team are proud of what they have achieved during this long and winning season. Signing for Milan and winning the Scudetto with the Rossoneri is a dream for Simon,” he said.

“After the win, he was very happy, really super emotional. It was a great moment for him and for the team. He is one of the best defenders in the world, not only in Italy. Since day one he has been a leader for this team has always put in fantastic performances.

“With Milan he is experiencing and expressing one of the best moments of his career. His relationship with Pioli is wonderful, he is highly esteemed. He has got the best out of him.

“Recovery is going well. The plan is to return to the pitch as soon as possible, without forcing anything. From there, Simon will return to being one of the most important players and a leader for Milan. For the start of next season he should be on the pitch regularly.

“Personally, I give my best wishes to Zlatan for a good recovery. And I’m sure Simon will do it too soon. We are talking about one of the best players in the history of football. It is incredible the level that he has maintained until the age of 40.

“This shows what an extraordinary footballer Ibra is. We all hope he can come back soon and stronger than before. With him you can never rule out anything, who knows that he may not recover to return to play.”