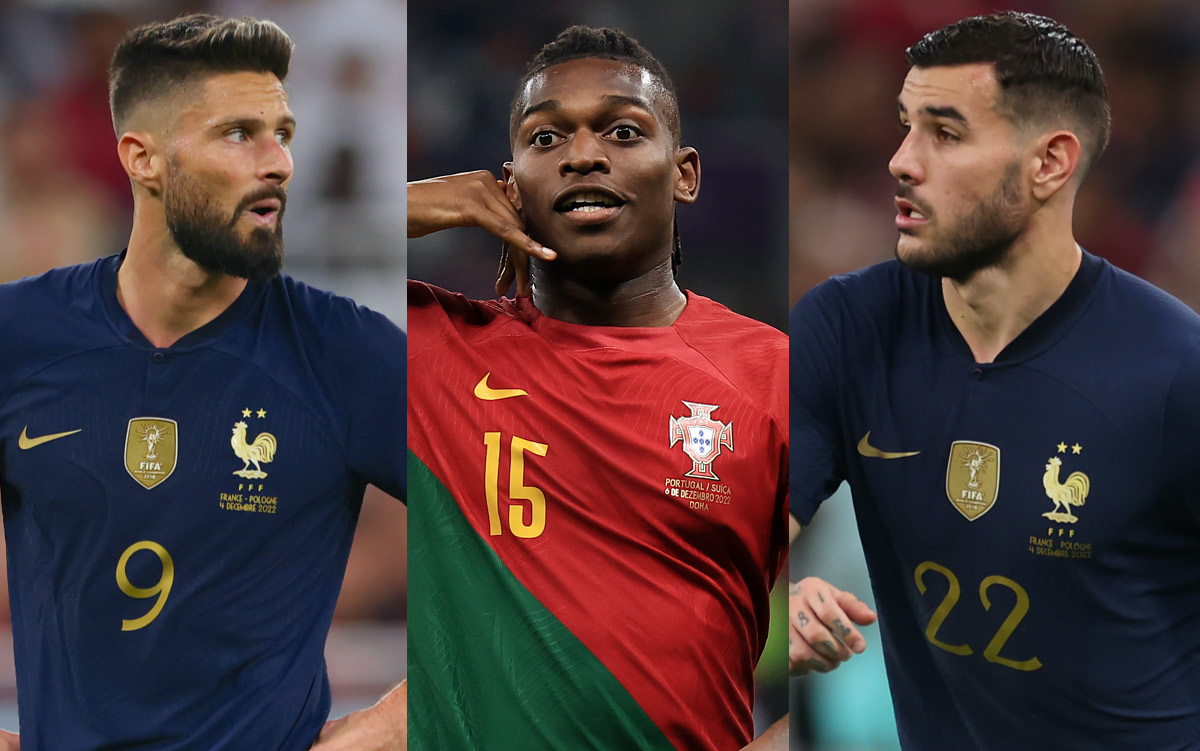 The 2022 World Cup is getting down to the final stages now with just eight teams left in the competition, and three AC Milan players will be protagonists in the quarter-finals.

MilanNews writes that Theo Hernandez and Olivier Giroud will play for a spot in the final four this coming Saturday when they take on England, while Rafael Leao’s Portugal will have to beat arguably the tournament’s surprise team Morocco to get through.

Giroud and Theo Hernandez are having an excellent tournament as the striker has scored three goals to pass Thierry Henry’s record and become the all-time top scorer in Les Bleus’ history with 52 goals, while the full-back got two assists in the group stages and has provided excellent support for Kylian Mbappe on the left side.

Meanwhile, Leao played for just a few minutes last night as Portugal beat Switzerland 6-1 and scored with a lovely curling shot, meaning he is on two goals in just over an hour of play after scoring a quickfire goal against Ghana too.

Then we come to those who are no longer present, and Sergino Dest can hold his head high having had a good World Cup, as well as his national team the USA who were beaten 3-1 by the Netherlands. Dest can now play with renewed confidence in the second part of the season and try convince Milan to use their €20m option to buy as part of the loan deal from Barcelona.