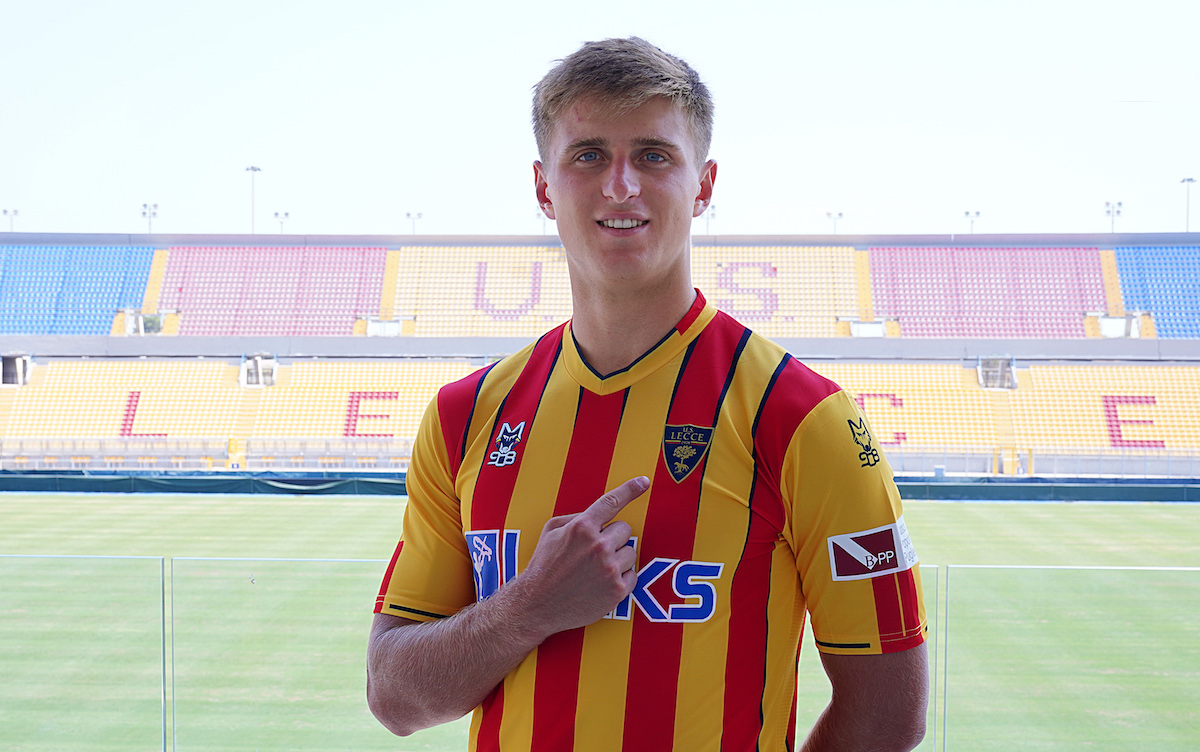 AC Milan are watching Lorenzo Colombo’s development at Lecce and there are a couple of options on the table regarding his future, according to a report.

MilanNews writes that Milan’s centre-forward department has been entrusted to an evergreen Olivier Giroud and a struggling Divock Origi while waiting for Zlatan Ibrahimovic to return, but there are some talented young strikers who could have a say in the future.

Lorenzo Colombo is currently on loan at Lecce and he certainly belongs to this list. He is a product of the youth sector, and made his debut with the first team in June 2020 against Juventus in Turin, scoring his first senior goal in a Europa League play-off against Bodo-Glimt.

After a season in Serie B with SPAL, this season Colombo is fighting for a starting spot with Lecce in Serie A having already scored 3 goals and added 2 assists. Lecce have a €2.5m option to buy, but for €500k more Milan can buy him back.

Therefore, it seems difficult to imagine that the 20-year-old will remain in Puglia, especially in the event of relegation. His profile will remain to be assessed in the summer with two options: another loan spell or staying for 2023-24.

In this article:AC Milan, Europa League, Featured, Juventus, Serie A