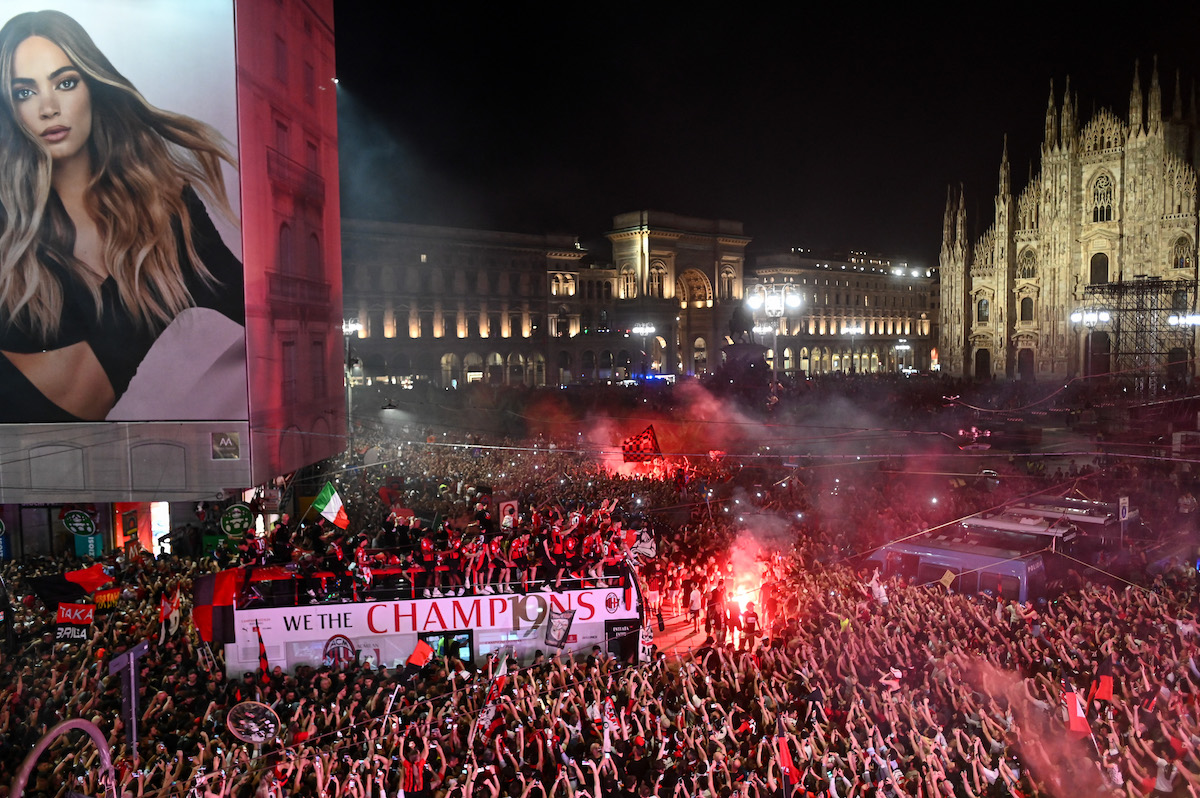 It was a quite simply incredible night last night in the city of Milano as so many AC Milan fans came out to show their appreciation after the Scudetto win.

After the team got a hero’s welcome at Casa Milan when they returned from Sassuolo on Sunday night, it then emerged that there were plans for a further celebration on Monday night in the form of an open top bus parade involving the entire squad and the management.

According to MilanNews, the tour around Milan on the two open top buses – which started at Casa Milan and went down various iconic streets in the city – should have been much shorter and instead took several hours to reach Piazza Duomo.

The reason is very simple: the presence of so many Rossoneri forced the coaches to move forward slowly to avoid the risk of any injuries, while the players were happy to soak up the love and adoration.

Estimates believe that there were a million people along the way from Casa Milan to Piazza Duomo to celebrate the Devil’s 19th league title.