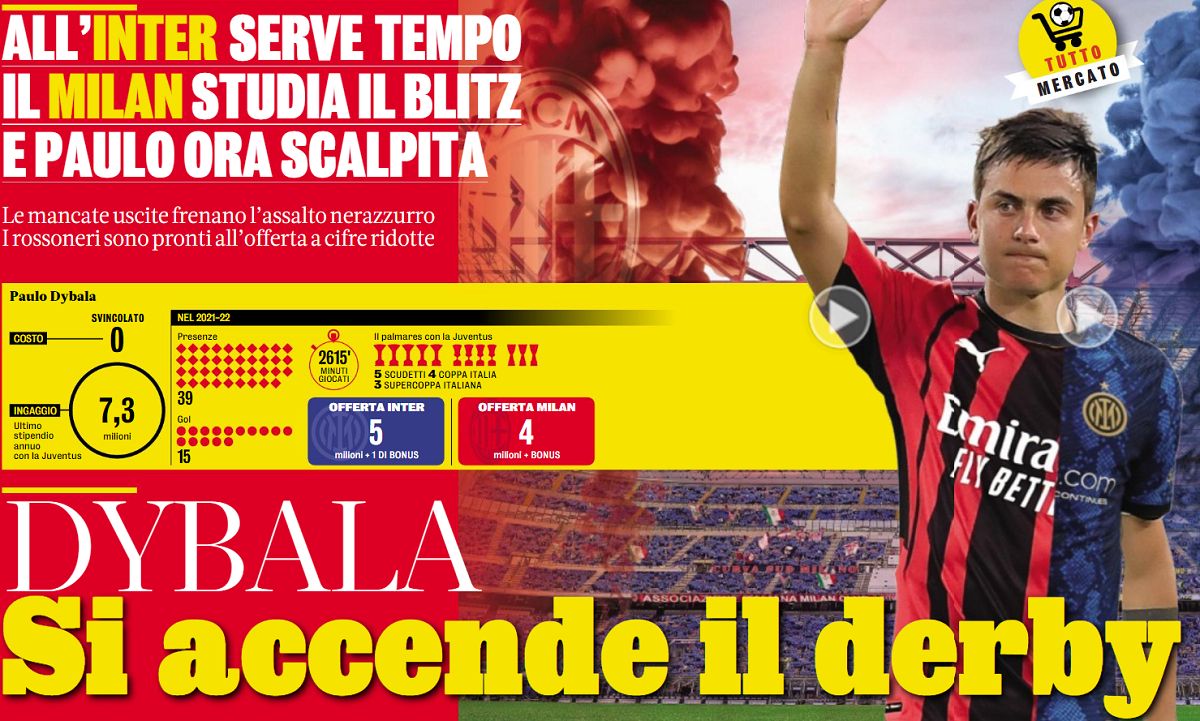 AC Milan are ready to take advantage of Inter’s failure to get the Paulo Dybala deal over the line, a report claims.

A report from La Gazzetta dello Sport today explains that there is a derby taking place between the two Milan sides for the signature of Argentine forward Dybala.

He is officially a free agent after his contract with Juventus expired on Thursday. Inter have seemed in the driving seat but they must offload players to sign him.

Dybala is liked by both the footballing side and the business side of Milan as he brings a new quality to the attack and is a high-profile name.

The main obstacle to the deal is cost and Milan’s offer cannot go above €4 million plus bonuses.

Inter are able to offer him a higher wage but are continually delaying on agreeing the deal. It is known that the former Palermo forward wants to stay in Italy and he could accept a lower wage to do so.