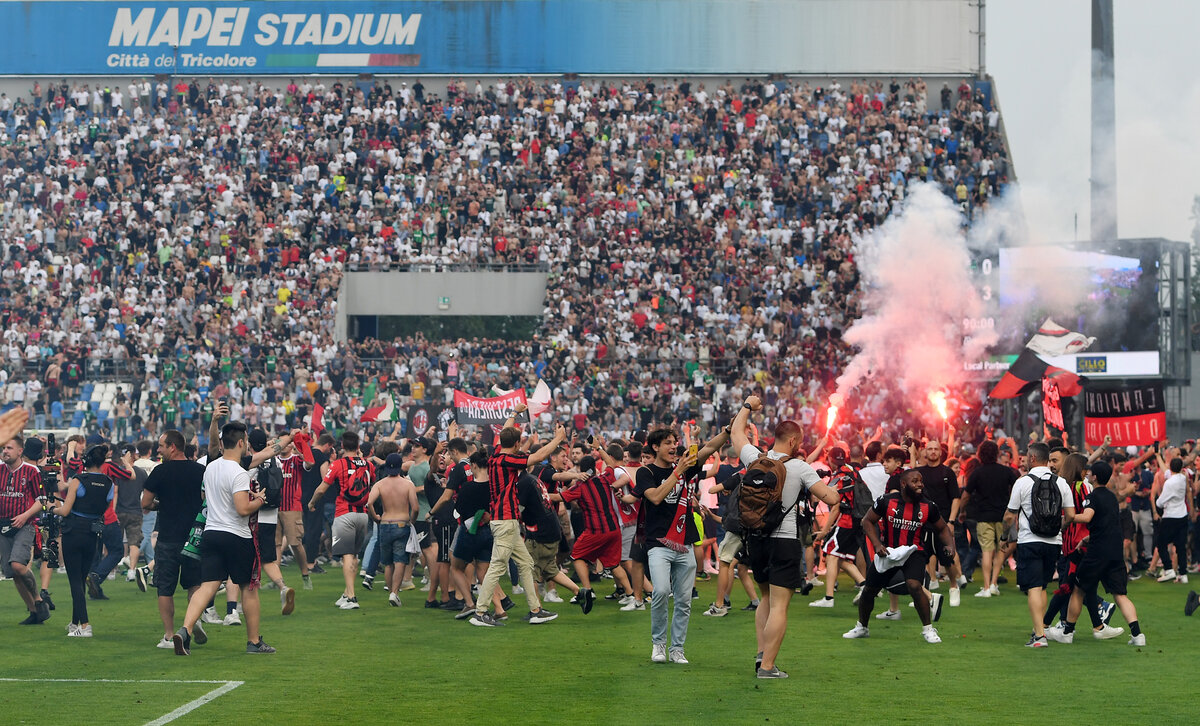 AC Milan have received a fine for some of the celebrations that took place during and after the game against Sassuolo on Sunday evening. Something that was rather expected, it must be said.

Milan secured their first Scudetto in eleven years and the fans were rightfully ecstatic, especially since the Rossoneri were 3-0 up after 36 minutes. Therefore, there were a few chants directed against city rivals Inter.

Although not specified, one would have to assume that the Sporting Judge is referring to those chants in the statement released today. Furthermore, smoke bombs were launched onto the pitch after the full-time whistle and in total, a €12k fine has been issued.

It’s worth the money, one could argue, and Milan are still on cloud nine after the huge win in Reggio Emilia. Hopefully, the 2022/23 season will give the fans some good memories as well, with another shot at the Champions League.