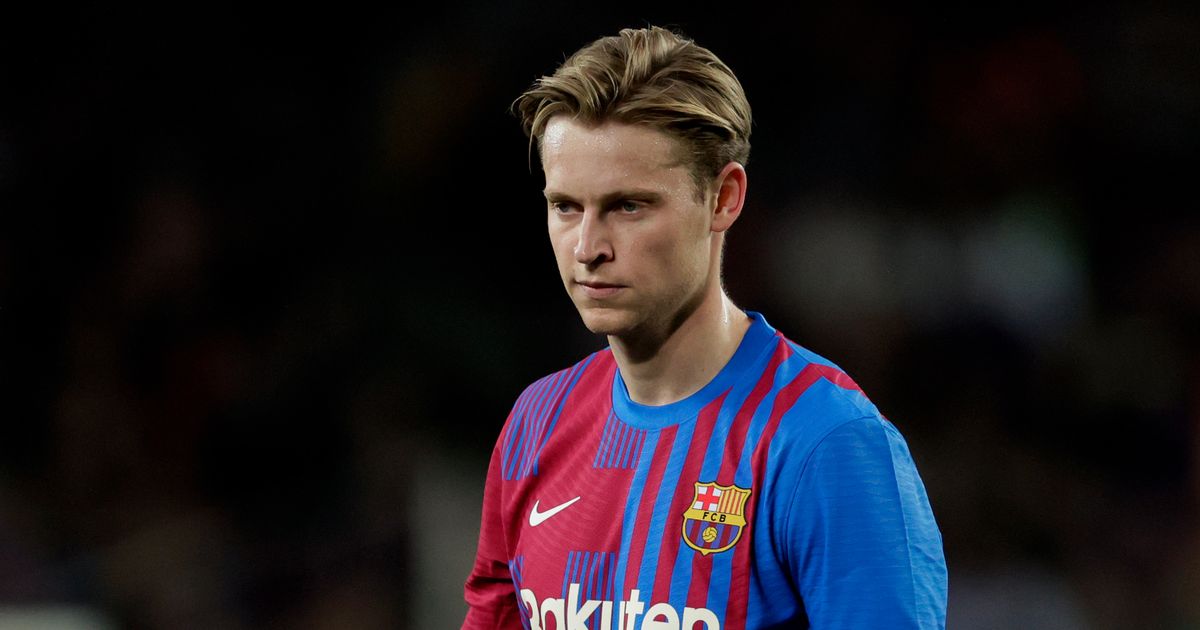 Erik ten Hag is now officially with Man Utd’s representatives after flying to London this week and is set to be in attendance for Sunday’s game against Crystal Palace, as he meets his players for the first time.

Manchester United’s final game of the season has just been given some more significance following the news that Erik ten Hag is set to be in attendance at Selhurst Park to watch his new side, as he meets his new players and begins planning for next season.

One of his top targets, Frenkie de Jong, has had his price tag revealed by Barcelona as the Red Devils eye a potential transfer, while reports in Portugal have claimed that Man Utd are ‘best positioned’ to sign Benfica forward Darwin Nunez this summer.

Following reports that Manchester United had made contact with Barcelona over the availability of midfielder Frenkie de Jong this summer, who is at the top of their list of transfer targets this summer, the Spanish outfit have now informed the Red Devils with their asking price for the Dutchman.

According to The Sun , Barca are planning to recoup the vast majority of the £63.3 million fee they paid Ajax for the 25-year-old just three years ago, due to their restricted financial situation and the inability to provide any wiggle room as a result.

This is set to cause problems for Erik ten Hag and co. who’s transfer budget for the summer is set to be limited to just £100m due to the club’s inability to qualify for the Champions League, and the Dutchman will not want to blow the majority of that on one player.

How many signings can Man Utd buy with their £100m transfer budget? Let us know your thoughts in the comments section below.

Erik ten Hag remains intent on signing a new striker this summer as he looks to bolster his options in that area of the field and following reports of interest in Benfica forward Darwin Nunez, it has now been revealed that Manchester United are one of the favourites to sign him.

According to Record , via Sport Witness , the Red Devils are the ‘best positioned’ to sign the Uruguayan forward this summer but they are set to face stiff competition from Paris Saint-Germain for his signature, who are much better off than ten Hag’s side when it comes to money.

Benfica hope to make a minimum of €100m from the sale but with United’s budget limited to just £100m before player sales in the upcoming window, they may struggle to put a deal together if it takes up the majority of their budget.

Second-choice goalkeeper Dean Henderson is reportedly edging closer to a switch to Premier League rivals Newcastle as he goes in search of regular first team football following another frustrating season at Old Trafford.

The deal is expected to be a season-long loan but a permanent switch has not been ruled out, as per the Manchester Evening News , as the Magpies also look to get some business done early ahead of another huge season under their new ownership.

According to the report, Henderson was in Newcastle for talks on Wednesday and following failed attempts to sign him on loan in the January transfer window, the England international goalkeeper now looks set to secure a switch to Tyneside this summer.