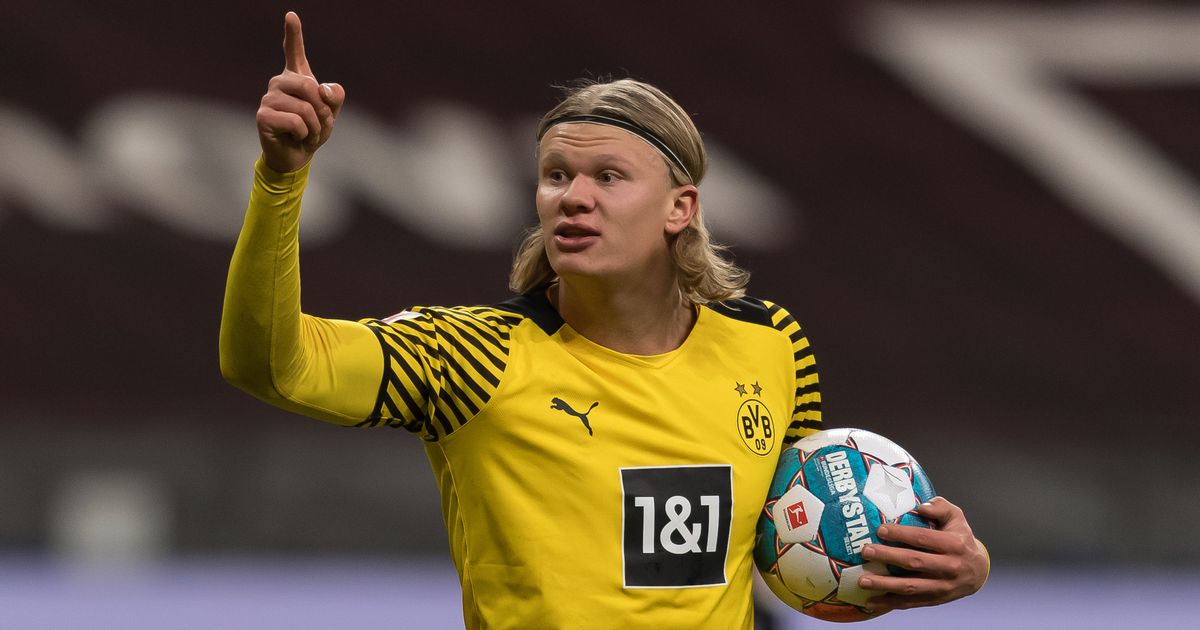 The Red Devils went in for Haaland in 2018 as well as 2020 and have been linked with trying to sign the Borussia Dortmund striker again when a £64million release clause kicks in on his contract this summer.

But they appear set to miss out yet again with the Norway international said to have his heart set on a mive to Real Madrid.

It comes as interim United boss Ralf Rangnick has made a ruthless statement about Jesse Lingard’s future at Old Trafford, and with the club due to follow the transfer blueprint laid down by former manager Ole Gunnar Solskjaer.

Have Your Say! Who should United sign before the transfer window closes? Let us know here.

Borussia Dortmund’s Erling Haaland is set to reject Manchester United once again this summer, according to reports
(

Manchester United are set to follow the transfer blueprint issued by former manager Ole Gunnar Solskjaer, despite getting rid of the Norwegian in November.

The 19-year-old arrived at Old Trafford in a huge £37million deal in January of last year, but is yet to establish himself in the United first-team despite an impressive his debut in which he scored in a 1-1 draw with AC Milan.

Ahead of United’s third game of the season at Wolves, Solskjaer revealed his plans to loan out Red Devils wonderkid Amad to help with the young player’s development.

But the move fell apart after the Ivorian suffered an injury in training – but with the player now recovered and st to sign with Rangers until the end of the season, it appears the carefully-made plan Solskjaer laid down for the player is set to still be followed.

Sam Allardyce has slammed Manchester United for not tying-up a deal for Norwegian sensation Erling Haaland while they had a chance.

United reportedly missed out on Haaland when he left Molde in 2018 due to a mix-up over the different time zones between Norway and England, and missed out once again in 2020 when he opted for a move to Borussia Dortmund over the Old Trafford club.

And now, speaking to Genting Casino, Allardyce has described United’s decision to pass on the forward “mind-boggling”, saying that Ole Gunnar Solskjaer may well still be in a job at Old Trafford if they had secured a deal for the forward.

Lingard, who spent the second half of last season on loan at West Ham, is set to walk away from Old Trafford after two decades at the club with his contract due to expire at the end of the season.

He has been linked with making a January loan move, with Premier League rivals Newcastle and Tottenham, as well as West Ham, rumoured to be interested in signing the player.

The speculation has led to Rangnick being asked about Lingard by a fan, and the United interim chief issued a very blunt response.