"We need a spark and we know it"

The arrival of Thanksgiving and the Black Friday sales herald the start of the holiday season, and soccer clubs have a mind-boggling array of branded products available in the run-up to Christmas.

Here’s our pick of the range from official club stores, selected to help your search for gifts to friends and family or just to buy as a festive treat for yourself.

(Prices converted to U.S. dollars and correct at time of publication) 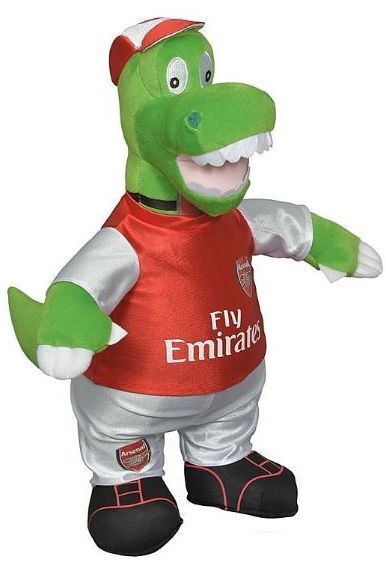 Gunners fans everywhere were shocked to learn that one of the club’s longest-serving and most recognisable stars had been sidelined. Thankfully, the club shop is still selling plush toy versions of the hero in question to help remind fans of better times. 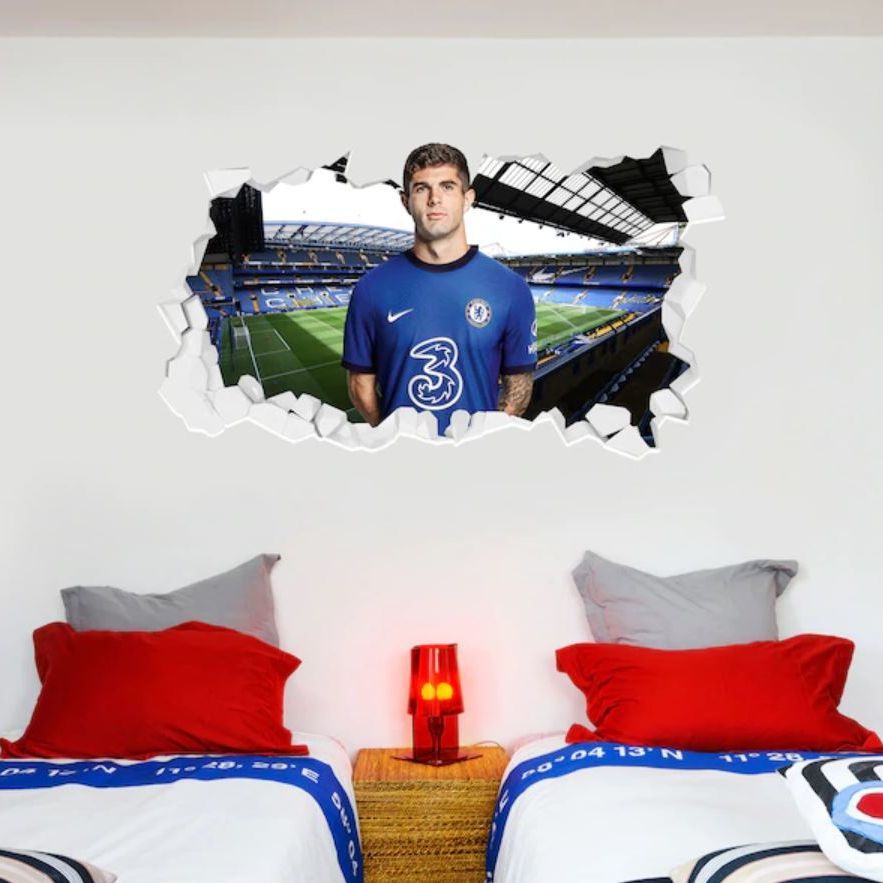 What self-respecting Blues fan wouldn’t want to be greeted every morning by a giant Christian Pulisic looming through a hole in your bedroom wall? 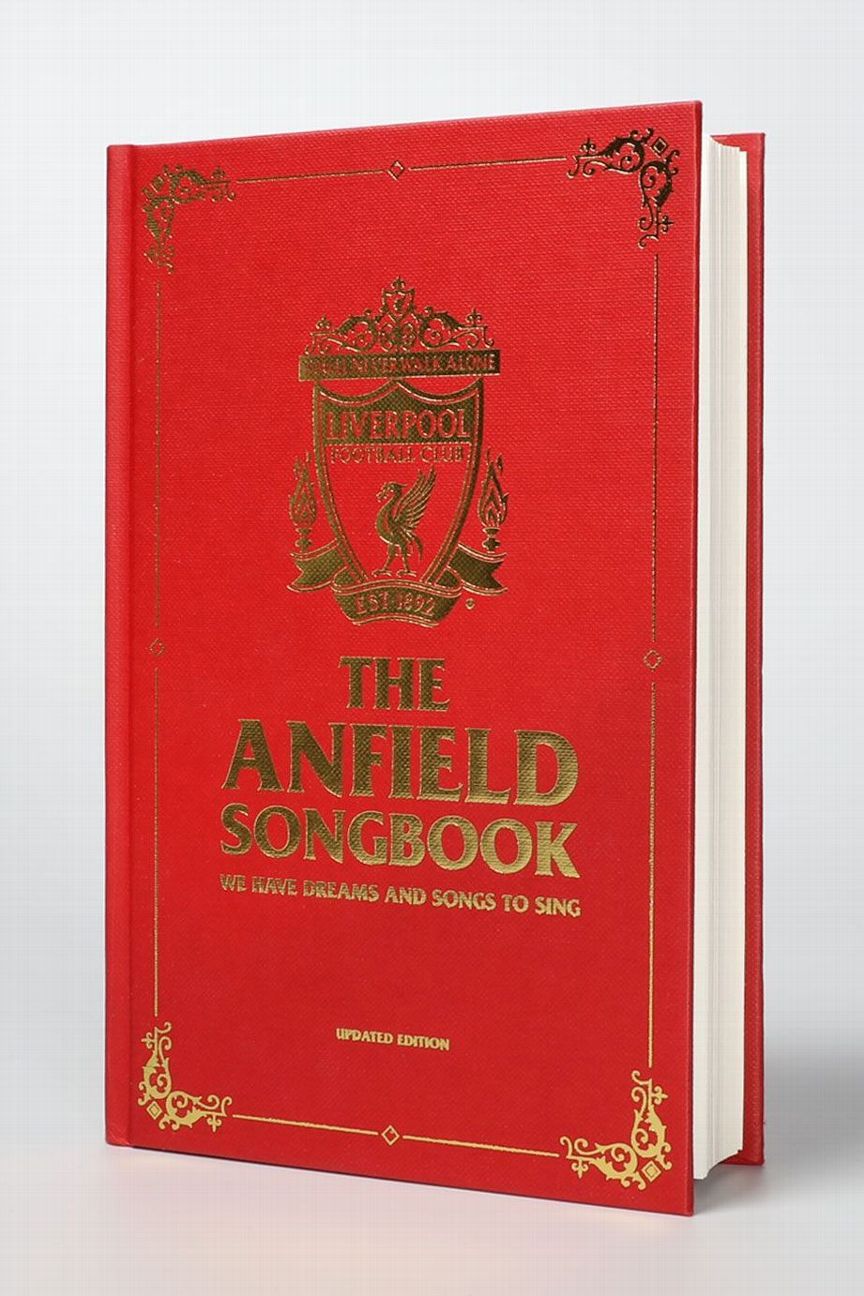 As fans aren’t able to sing on The Kop at the moment, belting out “You’ll Never Walk Alone” in the comfort of your own living room is the next best thing. 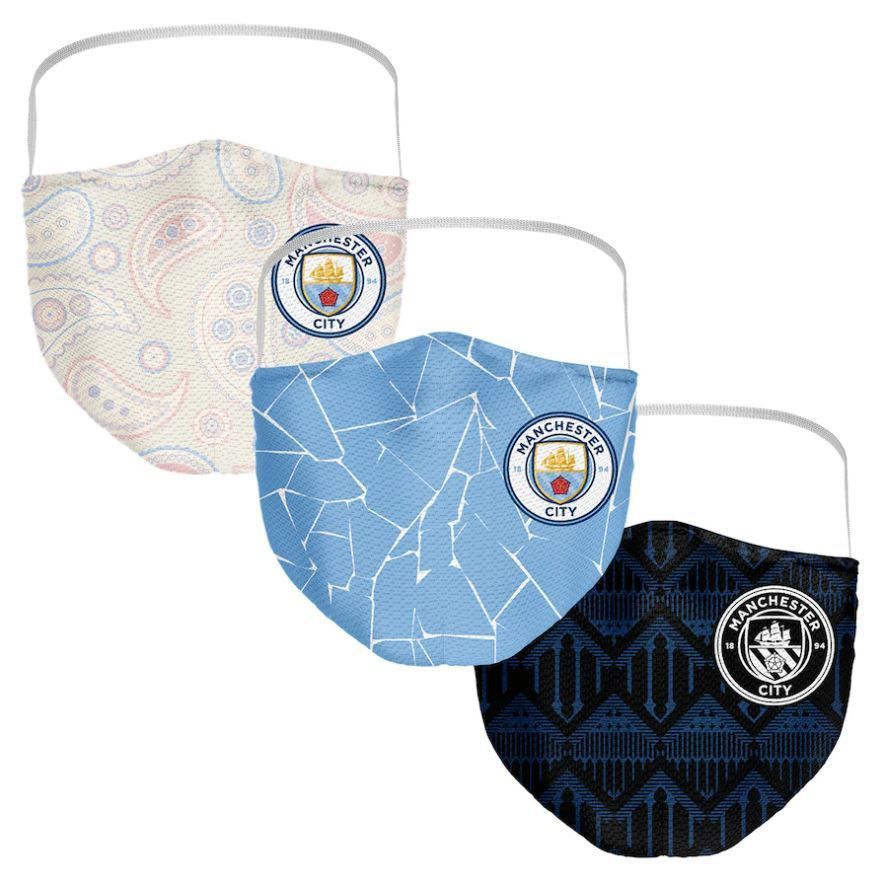 City are selling a range of fashionable face masks that have been designed to match the club’s latest batch of kits — and yes, that includes the pattern of their love-it-or-loathe-it beige paisley third alternate. 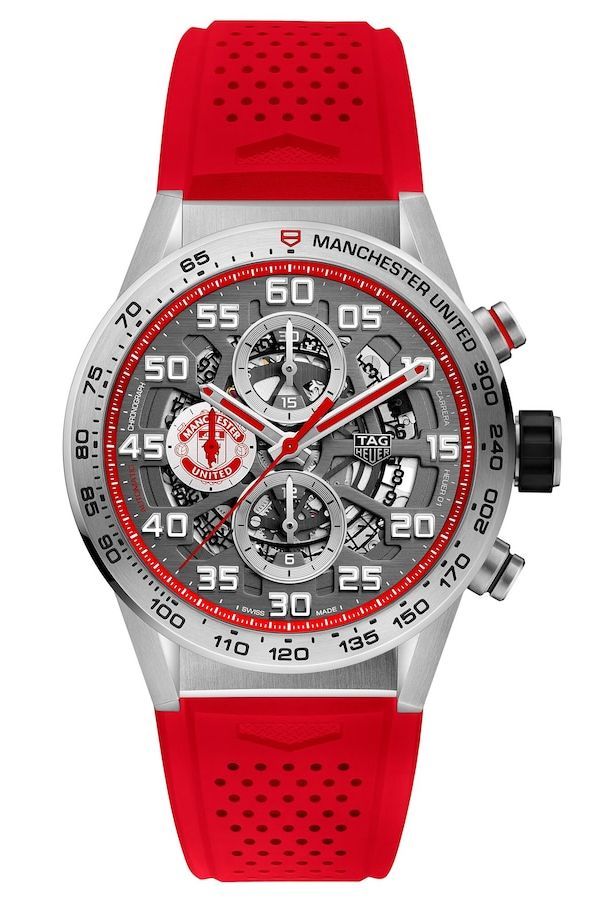 Now available with a discount of almost $1,200, this official Red Devils designer watch could be the perfect stocking filler for the anxious fan eagerly waiting for Ole Gunnar Solskjaer’s time as manager to run out. 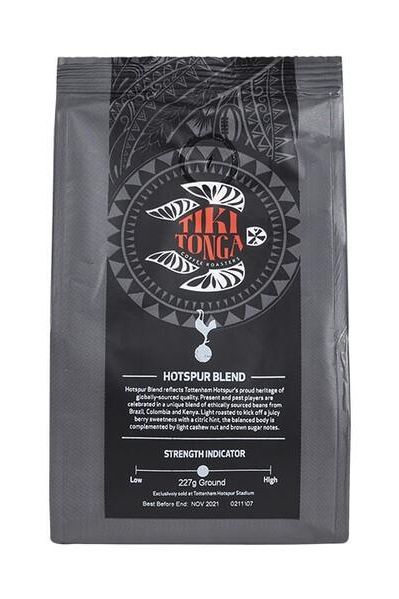 Hotspur Blend coffee boasts berry sweetness up top, complimented by light notes of cashew nut and brown sugar running in behind. It’s basically the barista equivalent of Harry Kane laying on a juicy through-ball for Son Heung-Min to score with a sweet finish. And, should you spill any, you can clean up the mess with these official Spurs wet wipes ($3.99). 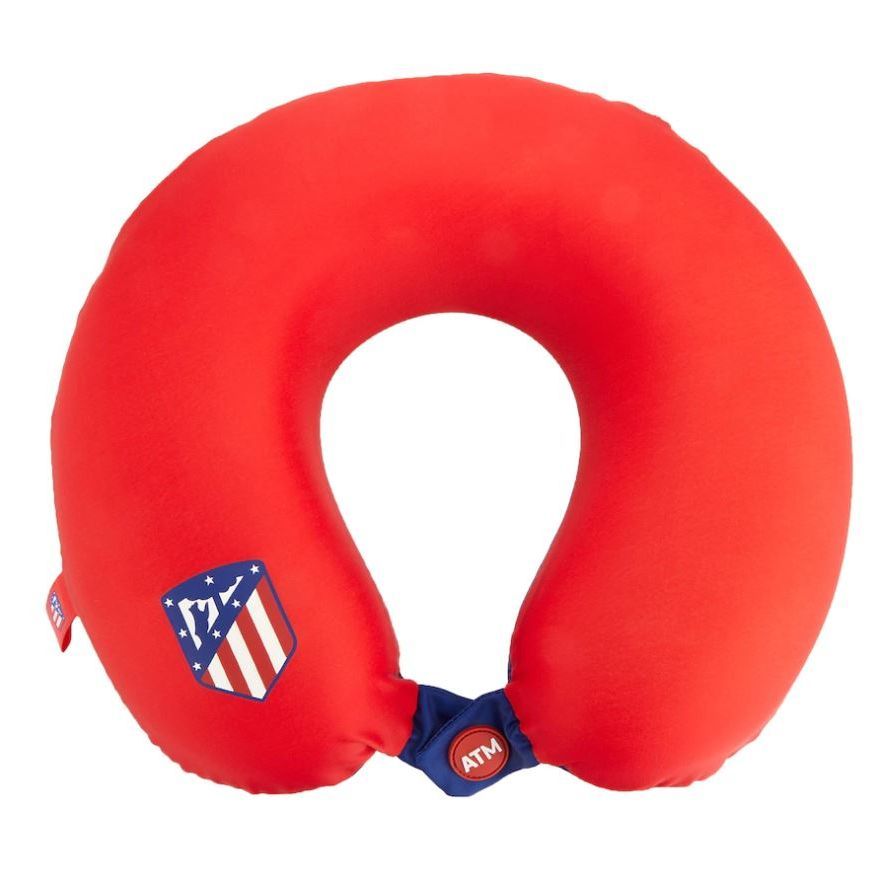 Undoubtedly the main reason that Diego Simeone’s pugnacious side do so well on their travels in the Champions League is that each player has an official Atletico neck pillow, affording them maximum comfort en route to big European away games. 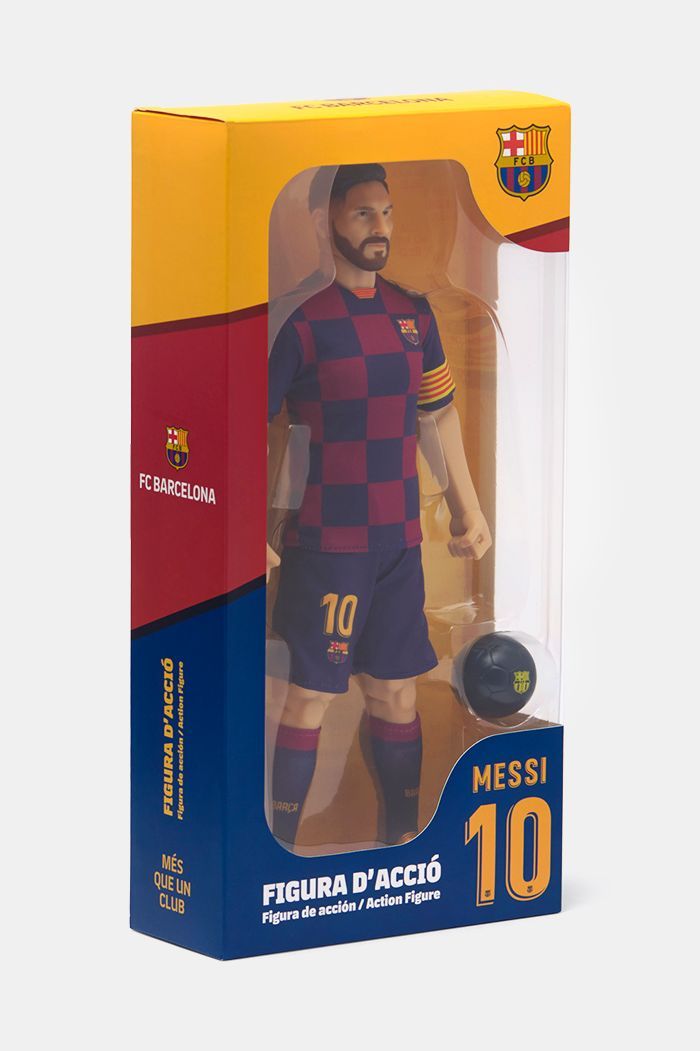 The true beauty of this official Lionel Messi action figure (wearing last season’s kit) is that, essentially, you’re getting two dolls in one. Dress it up in a miniature Chelsea kit, call it Olivier Giroud and we guarantee nobody would be any the wiser. 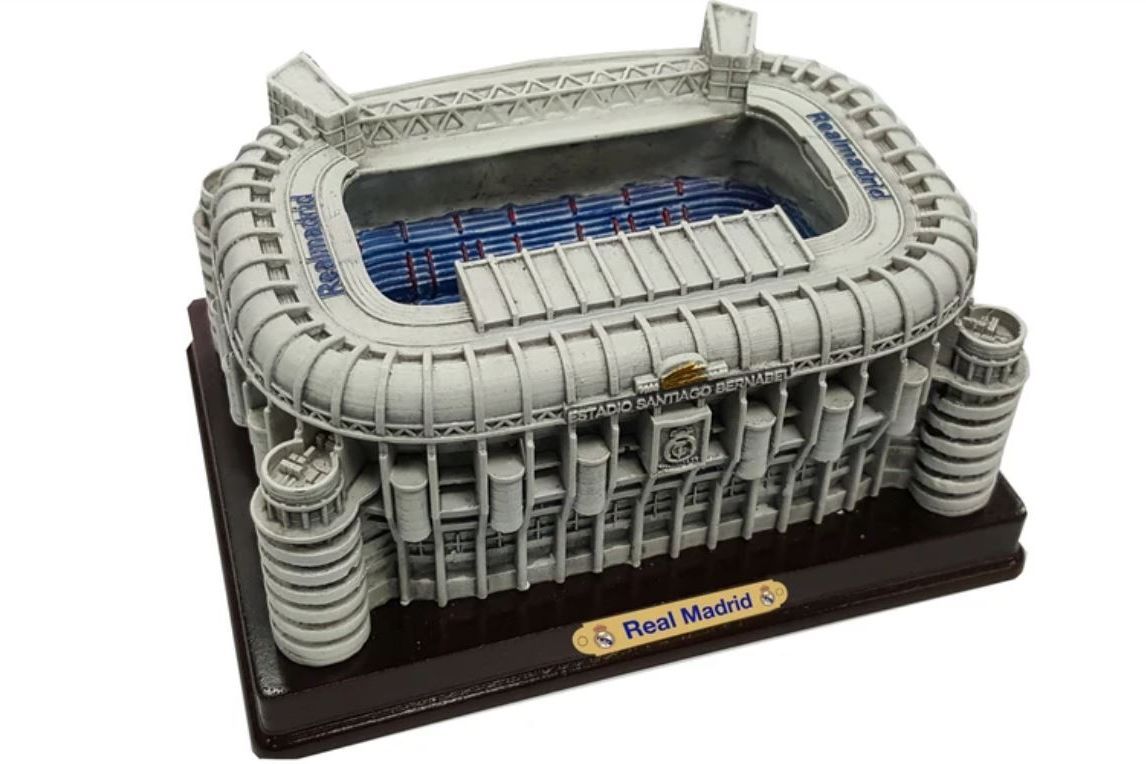 With a grand overhaul and modernisation of the Bernabeu underway, now is the time to snap up a plastic model of how Real’s historic home used to look to, so says the club’s official website, “express your uncontrollable passion for your team.” 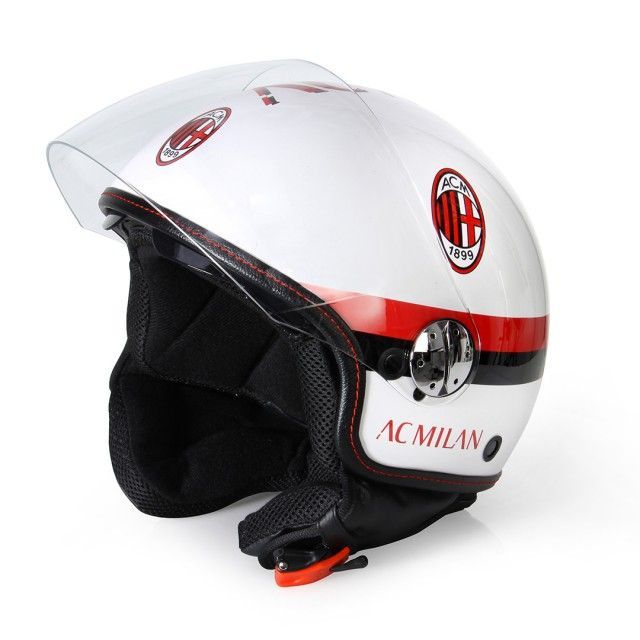 With taekwondo master Zlatan Ibrahimovic prowling about the place, Milan fans might be wise to invest in suitable safety gear for when they are allowed back into the San Siro. 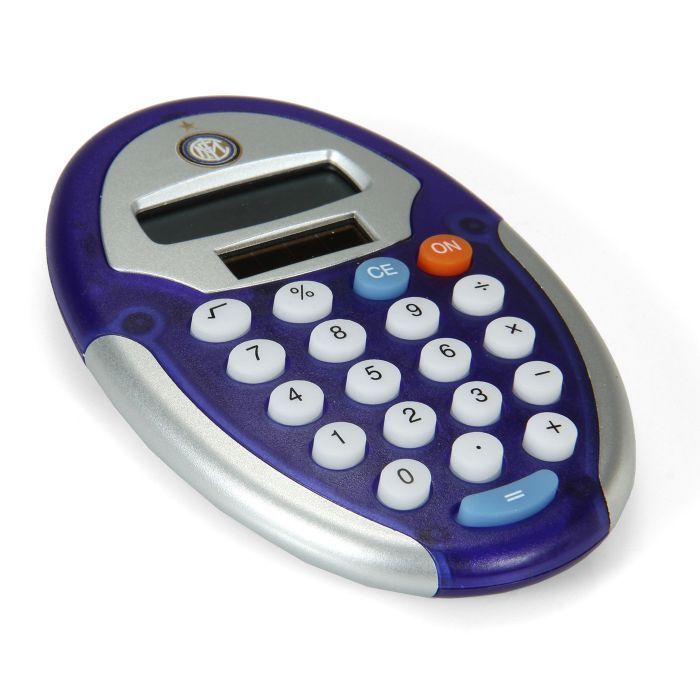 Ideal for Inter supporters wishing to add up exactly how much money their club have been splashing out on former Premier League players in recent transfer windows. Romelu Lukaku for €80 million, €20m for Christian Eriksen, whatever huge weekly wage Alexis Sanchez has negotiated — it all adds up. 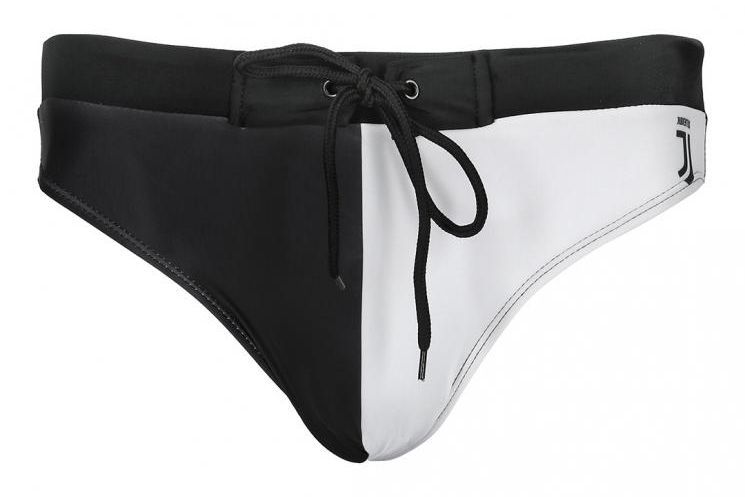 Should you wish to emulate Cristiano Ronaldo, we imagine a snug pair of Juve trunks and a large bottle of industrial bronzing lotion would be a good place to start. 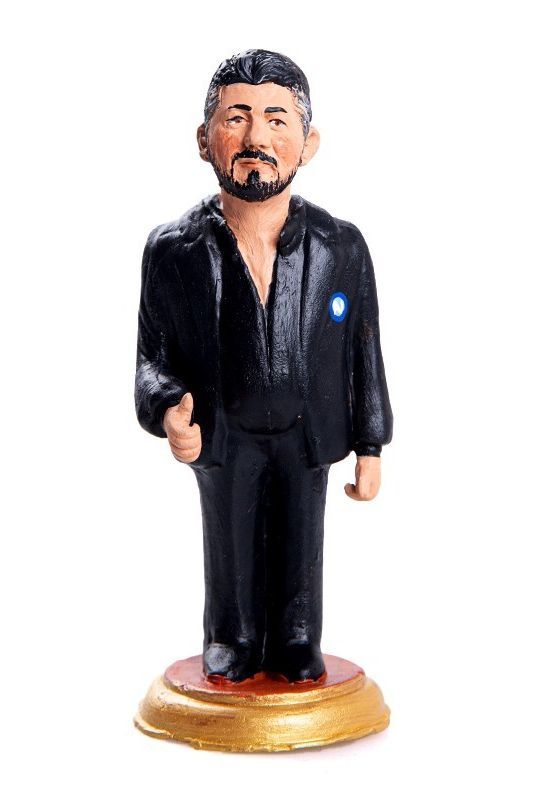 You never knew you needed a small handmade terracotta figurine of Napoli’s coach, did you? Our only complaint is that “Rino” is depicted looking rather debonair in his managerial suit, rather than lank-haired and wild-eyed former midfield enforcer we all know him to be. 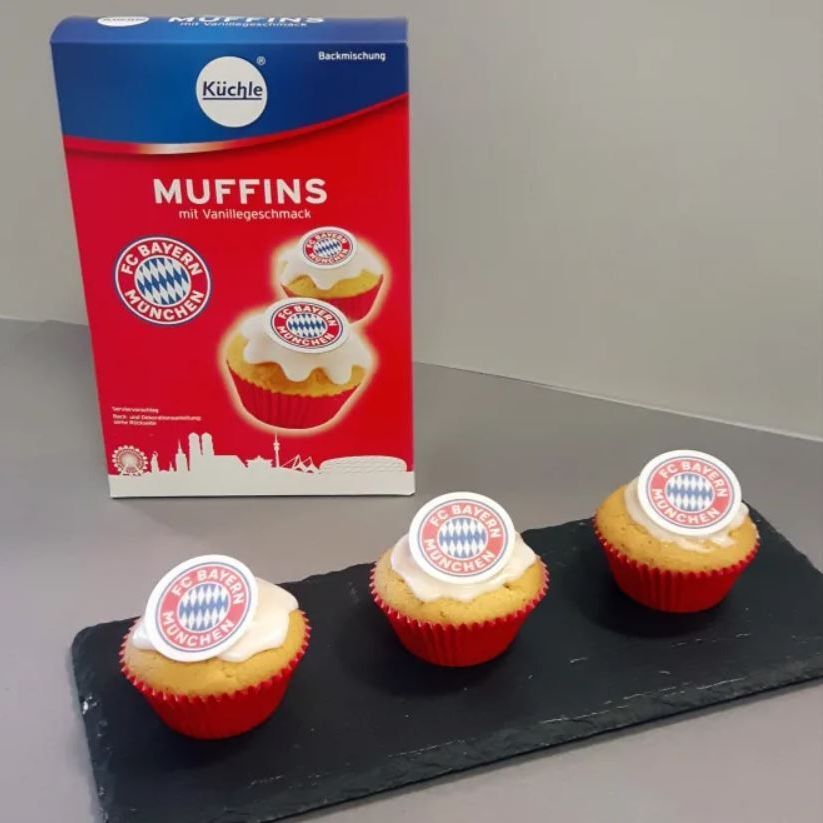 What better way to celebrate Bayern’s imperious Champions League triumph than by rustling up a batch of official club-licensed muffins? However, the Bavarians also provide club-brand muesli ($12) for their more health-conscious fans. 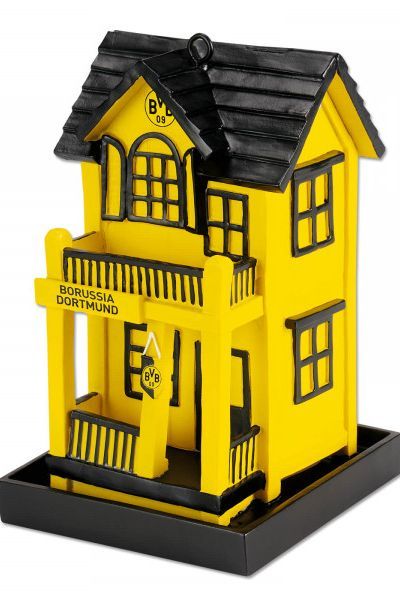 Dortmund have a proud history of filling their club shop with a random assortment of black-and-yellow merch. This BVB bird feeder is a fine example. 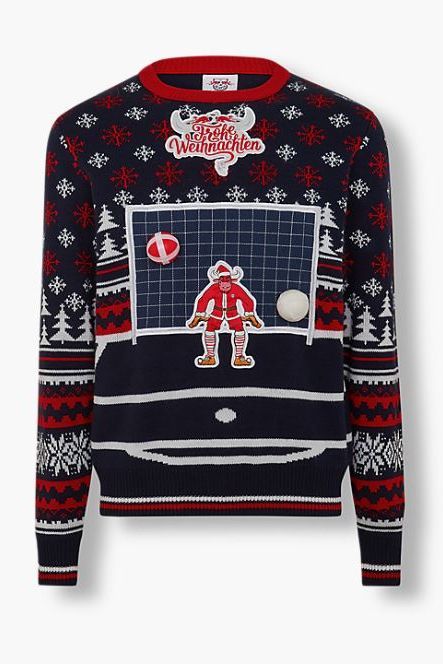 Come the festive season, most football clubs offer a range of festive knitwear. However, only one club is offering a Yuletide sweater that doubles as a parlour game for the whole family to compete in a penalty shootout using velcro balls. 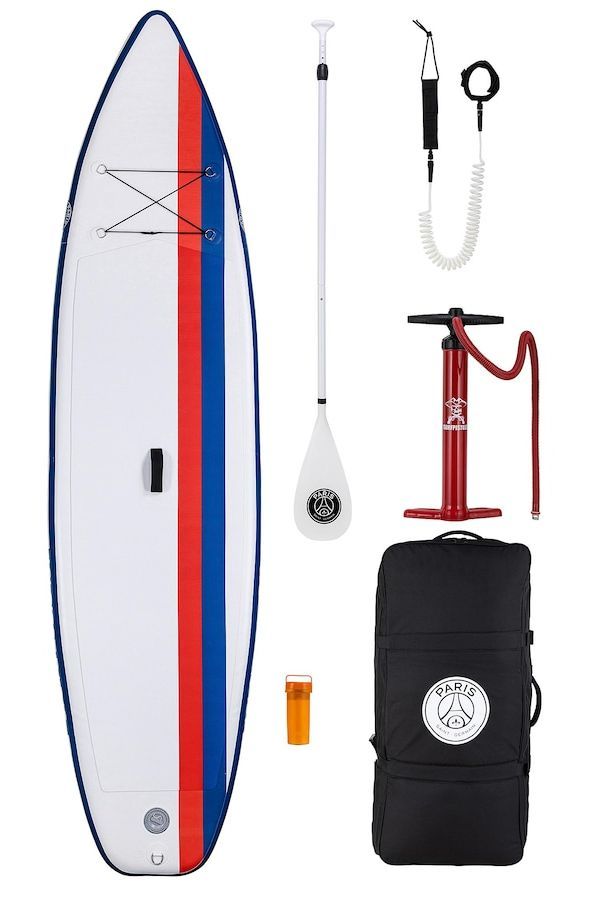 If you’ve got a grand burning a hole in your pocket then you can purchase an official PSG paddleboard — which comes bundled with a paddle, a pump and a repair kit — and still have change to buy a wetsuit. 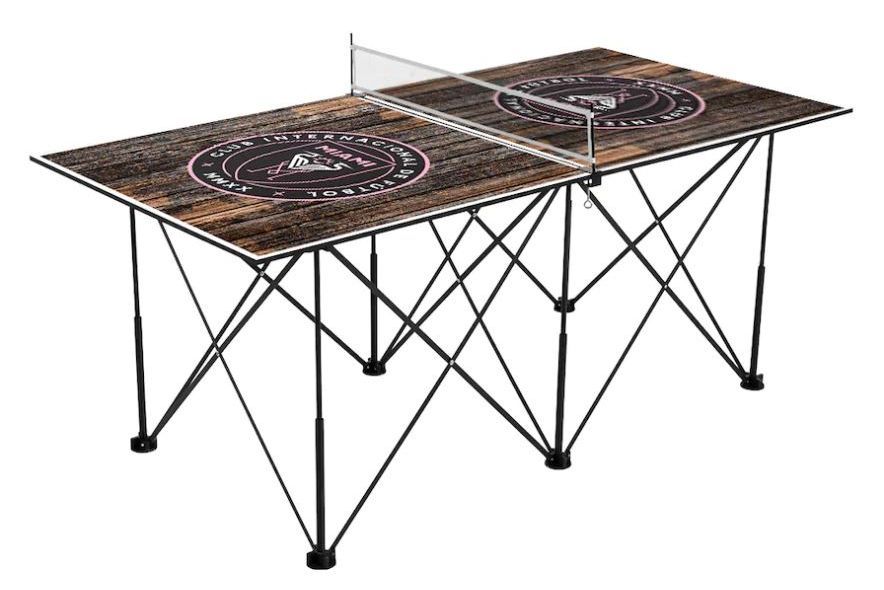 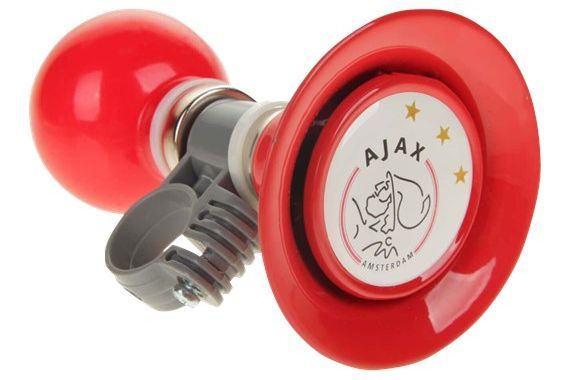 Anybody who’s attempted to make their way around the streets of Amsterdam will know that an Ajax bicycle horn is just about the most important bit of kit you could buy for a local fan. 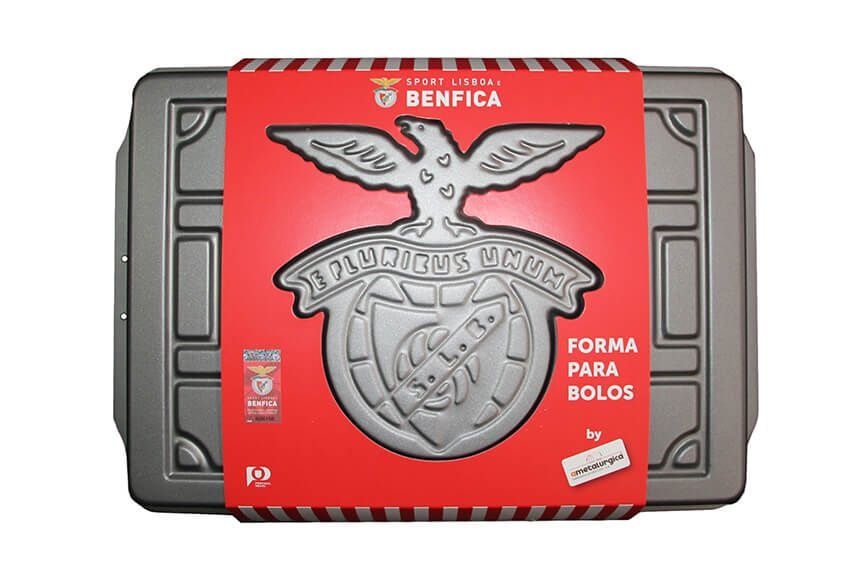 A rarity among football clubs, Benfica offer an impressive range of food and drink-related items. In the past we’ve seen sardines and jam, but this year the Portuguese side are keen to get their fans baking with an official SLB rectangular cake tin. You can bake a red velvet cake embossed with the club’s crest using their own brand of cake mix (€3.30), too. 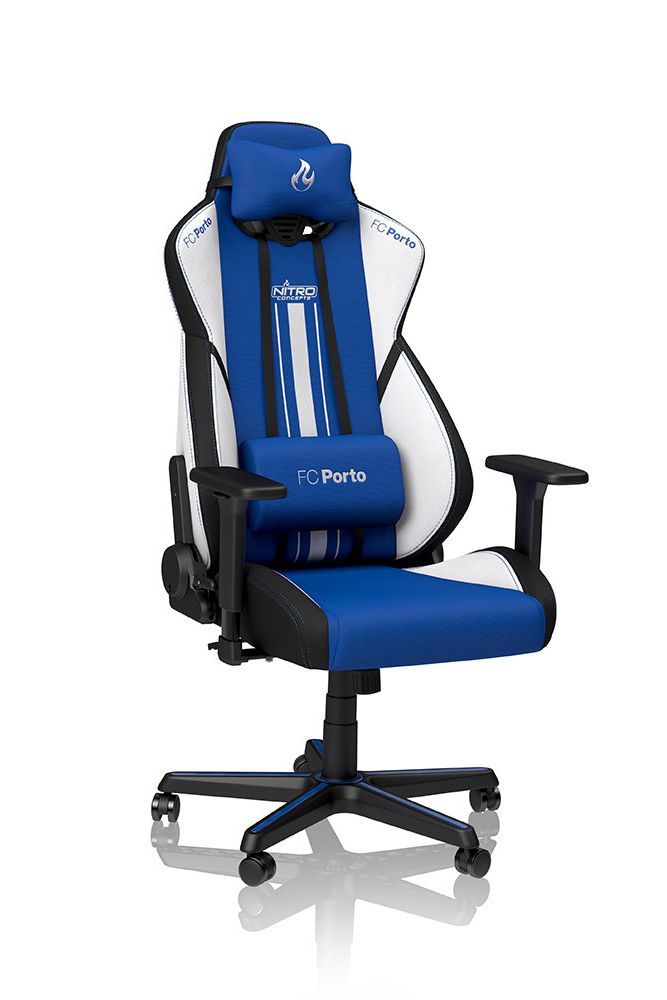 Porto are selling a full-blown gaming chair for fans wishing to escape the club’s slightly mediocre start to the Primeira Liga season. It comes with a headrest and a cushion for your lower back for full ergonomic support.