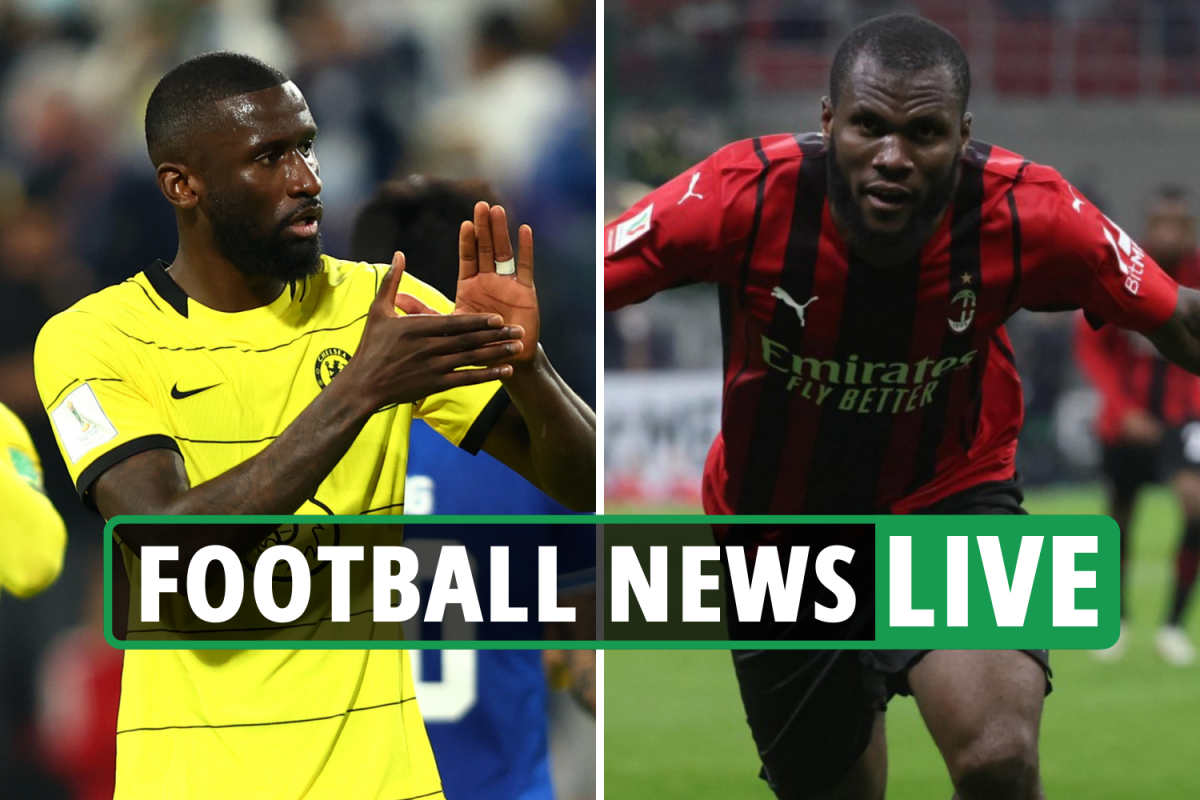 Chelsea have been crowned as Club World Cup champions after a 2-1 win against Brazilian side Palmeiras.

Romelu Lukaku broke the deadlock with a fine header, before Raphael Veiga equalised from the penalty spot.

And with the game heading for penalties after no goals in extra-time, the Blues were awarded a spot-kick in the 177th minute after Juan handled Cesar Azpilicueta’s shot.

Up stepped Kai Havertz – match-winner from the Champions League final over Manchester City – to tuck home into the bottom left corner.

The victory means that Chelsea have now won every major trophy there is to win at club level.

In other news, Tottenham have reportedly hijacked Barcelona’s move for Franck Kessie by tabling a ‘powerful offer’ for the AC Milan midfielder.

Kessie is out of contract at the end of the season and was thought to have agreed terms with Barcelona over a free transfer.

But now Spurs have put a spanner in the works with an offer of their own, according to Sport.

Meanwhile, Birmingham fans lobbed TENNIS BALLS onto the pitch in protest against the club’s owners.

The Blues welcomed Luton Town to St Andrew’s for the Championship clash on Saturday.

And players and stewards were left with a first-half clean-up job as supporters threw tennis balls from the stands.

And finally, Reading fans stormed onto the Madejski pitch following their 3-2 loss against Coventry to leave them two points above the relegation zone.

It was the Royals’ seventh Championship defeat in a row and supporters made their feelings known towards boss Veljko Paunovic.

A section of supporters raced onto the pitch as the club’s 150th anniversary game turned into a nightmare.