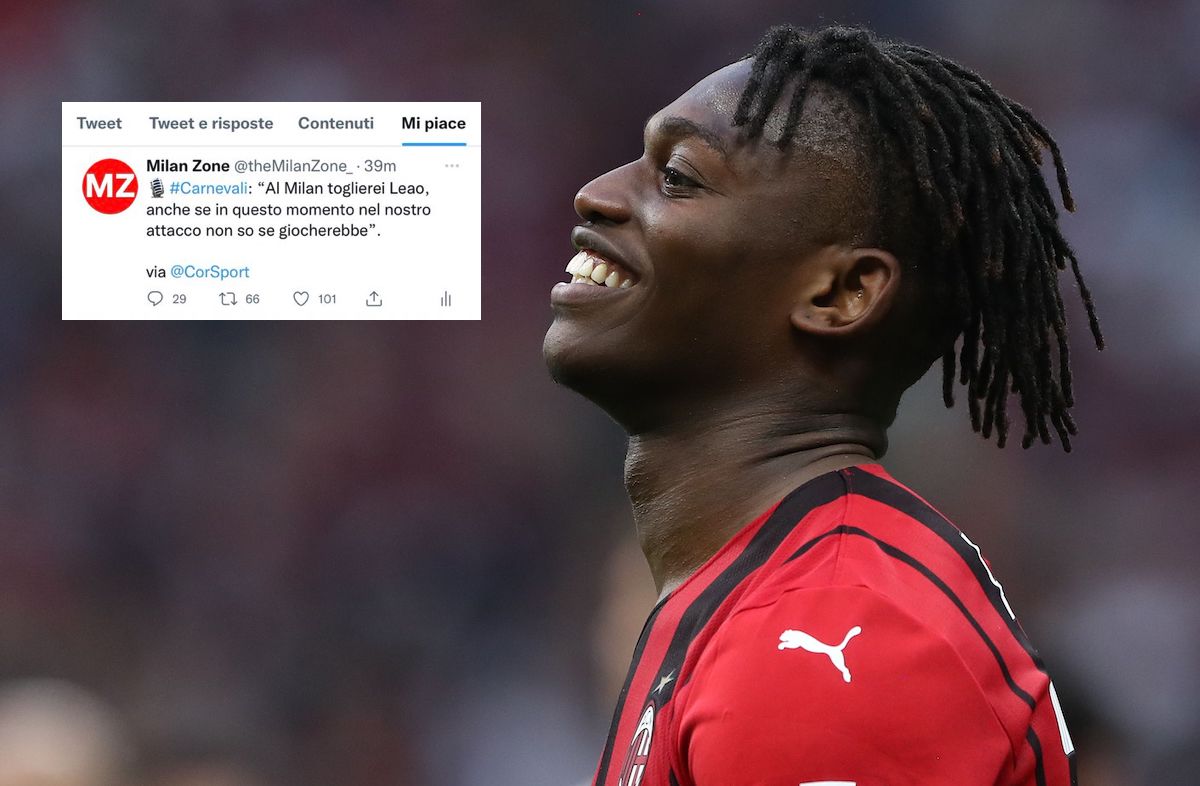 Rafael Leao has an extra motivation to go out and be decisive against Sassuolo on Sunday evening after the comments from Giovanni Carnevali.

Interviewed by Corriere dello Sport, Carnevali – the Sassuolo CEO – today made a joke about the use of Rafael Leao if he were playing for Sassuolo: “Who would I take away from Milan? Leao, even if at this moment in our attack I don’t know if he would play (laughs).”

As SempreMilan.it report, it is a phrase that seems to have particularly struck Leao who on Twitter left likes on tweets from fans who relayed the words of Carnevali. It may well have been a tongue in cheek comment, but it is all more reason to battle on the pitch on Sunday for the Portuguese forward who wants to be the protagonist in a Scudetto win.

Leao got the opening goal during the win over Atalanta on Sunday with an excellent touch and finish, while he has form for the extraordinary at the Mapei Stadium as he scored after just a few seconds in last season’s game.