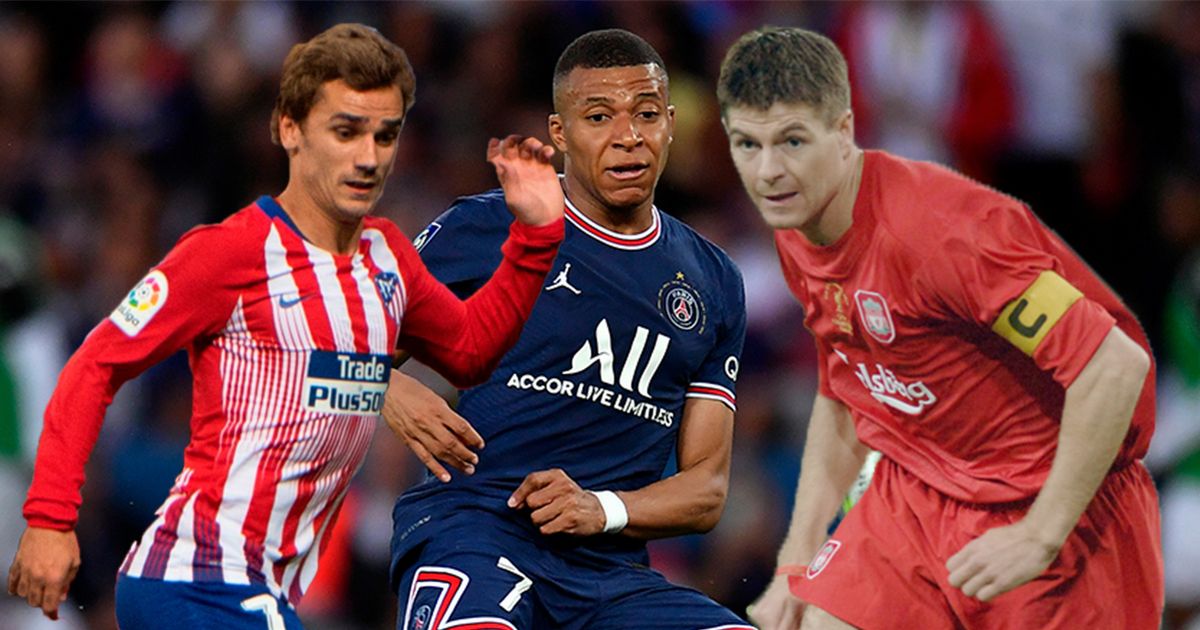 France international Kylian Mbappe has shunned the advances of Real Madrid to stay with Paris Saint-Germain, but it remains to be seen whether it ends up being the right call

Mbappe has committed his future to PSG (

Kylian Mbappe will be a Paris Saint-Germain player next season after making the stunning decision to stay at the Parc des Princes – and the France star is in good company having had a drastic change of heart.

The former Monaco forward was the subject of a big-money bid from Real Madrid in 2021 – one which PSG turned down – but had been expected to move to the Santiago Bernabeu on a free transfer with his contract expiring this summer. Instead, though, he agreed a three-year extension which will earn him huge money for staying with his hometown club.

Mbappe is far from the first footballer to make a U-turn on what could have been a huge move. Here, Mirror Football looks at some other notable examples from recent years while shedding light on what happened next for those who made a similar call in the past.

Has Kylian Mbappe made the right decision? Have your say in the comments…

Back in 2018, after leading Atletico Madrid to Europa League glory, Griezmann was tipped to move to Barcelona. He prepared to announce his future plans in a Spanish TV show dubbed ‘The Decision,’ but the decision in question saw him stay in the capital instead of moving to Camp Nou.

“I have decided to stay,” he said, before tweeting the message, “My fans, my home, my team”. Within a few months, though, there were suggestions he regretted his decision after Atleti were eliminated from the Champions League by a Cristiano Ronaldo-inspired Juventus and saw their La Liga title hopes evaporate.

Just one year after extending his stay, Griezmann moved to Barcelona for €120m (£102m). However, the Catalan club’s financial issues saw him loaned back to his former side after just two years, with a permanent Atleti return expected to follow.

Griezmann eventually left Atletico in 2019, but has since returned
(
Advertisement. Scroll to continue reading.

Not all U-turns involve a player staying put. Some, like the case of Robben, involve them leaving for an entirely different destination.

Robben, then at PSV, met with Manchester United in 2004. However, despite being encouraged by his interactions with the Red Devils, he instead opted for Chelsea.

“My meeting with Sir Alex Ferguson went very well and I was ready to sign,” the Dutchman said. “But I was convinced by Ranieri and Kenyon – they told me the whole Chelsea story and it appealed to me. I wasn’t disappointed to miss out on United as in football things happen very fast.”

While Robben’s Chelsea stint only lasted three years, the period did see him win two Premier League titles. After securing even more silverware later in his career with Real Madrid and Bayern Munich, he’s unlikely to have too many sleepless nights about his decision to turn down United.

Mikel, like Robben, could have chosen United over Chelsea. This deal was much further down the line before the outcome changed, though.

The Nigerian starlet even went as far as signing for United, only to instead move to Stamford Bridge from Norwegian side Lyn. The complicated deal saw the Red Devils reimbursed handsomely, but Chelsea were the ones who got one of the hottest properties in European club football.

Mikel was pictured in a Man Utd shirt before joining Chelsea
(

The midfielder, now 35 years of age, gave Chelsea more than a decade of service, playing for the club during his peak years. Two Premier League titles and a Champions League win aren’t a bad return, even if there was also a European defeat against United to contend with.

Back in 2017, Donnarumma looked set to leave AC Milan after failing to agree a new deal. The exit looked so certain that fans went as far as pelting the then-teenager with fake money during an Italy Under-21 game.

Juventus and Real Madrid were among the interested parties given the ‘keeper had made an eye-catching start to his career. After making his Milan debut at 16, he became Italy’s youngest ever shot-stopper just two months before the U21 incident.

Donnarumma could have ended up leaving Milan as a teenager
(

He stayed with the Rossoneri, though, eventually agreeing a new deal and sticking around until 2021. While this meant he wasn’t still at the San Siro for their Scudetto win this season, he now has a Ligue 1 winners’ medal with new club Paris Saint-Germain and also helped Italy secure Euro 2020 glory.

In Premier League terms, the Gerrard saga is perhaps the most famous example of an Mbappe-style about-face. In both 2004 and 2005, the England midfielder was linked with a move from Liverpool to Chelsea, but on both occasions he opted to stay at Anfield.

“I regret the little bit of flirting back then and how that all blew up,” the former midfielder said on Sky Sports’ Soccer Box in 2020. “The fact is I didn’t know whether I was coming or going with Rafa at the time. Rafa was having conversations with me like ‘I know your agent is talking to Real Madrid and Chelsea’.

“I got a paranoid feeling at the time that Rafa would have taken money to try and build Liverpool on. Chelsea bid £37.5million. At the time, massive amounts of dough but what would you get for that now?”

Ultimately, Gerrard gave everything in a Liverpool shirt, winning the Champions League in 2005 and leaving as a club legend 10 years later. While his failure to win a Premier League title will have hurt, who knows what things would have looked like had he chosen to leave.

Rooney, like Gerrard, had more than one opportunity to leave a club he represented for the bulk of his career. The former Everton striker made a big-money move to Manchester United in 2004, but could have ended up leaving Old Trafford for even more.

In 2010, the England frontman was involved in a contract stand-off with United. Manchester City looked ready to pounce, but – as relayed by former United coach Rene Meulensteen – manager Alex Ferguson made sure his main man stayed at Old Trafford.

“I think the thing that hurt Sir Alex more than anything was the fact that Manchester City were the club linked with him,” Meulensteen recalled. “I’m not saying that if Barcelona or AC Milan had come in, the manager would have let him go, but he might have understood the need for a different challenge. But City were the team linked.

“Wayne was 25 – still ready to reach the peak of his career and with all of these trophies already won. Sir Alex would not have wanted to lose a battle of prestige with Manchester City and he had to do everything to keep Wayne.”

When Rooney did end up leaving United – seven years later and at a very different stage in his career – it was to rejoin Everton for one last Premier League hurrah. City and United each won two Premier League titles between the 2010 saga and his eventual exit, while Rooney himself left Old Trafford as United’s all-time top scorer.