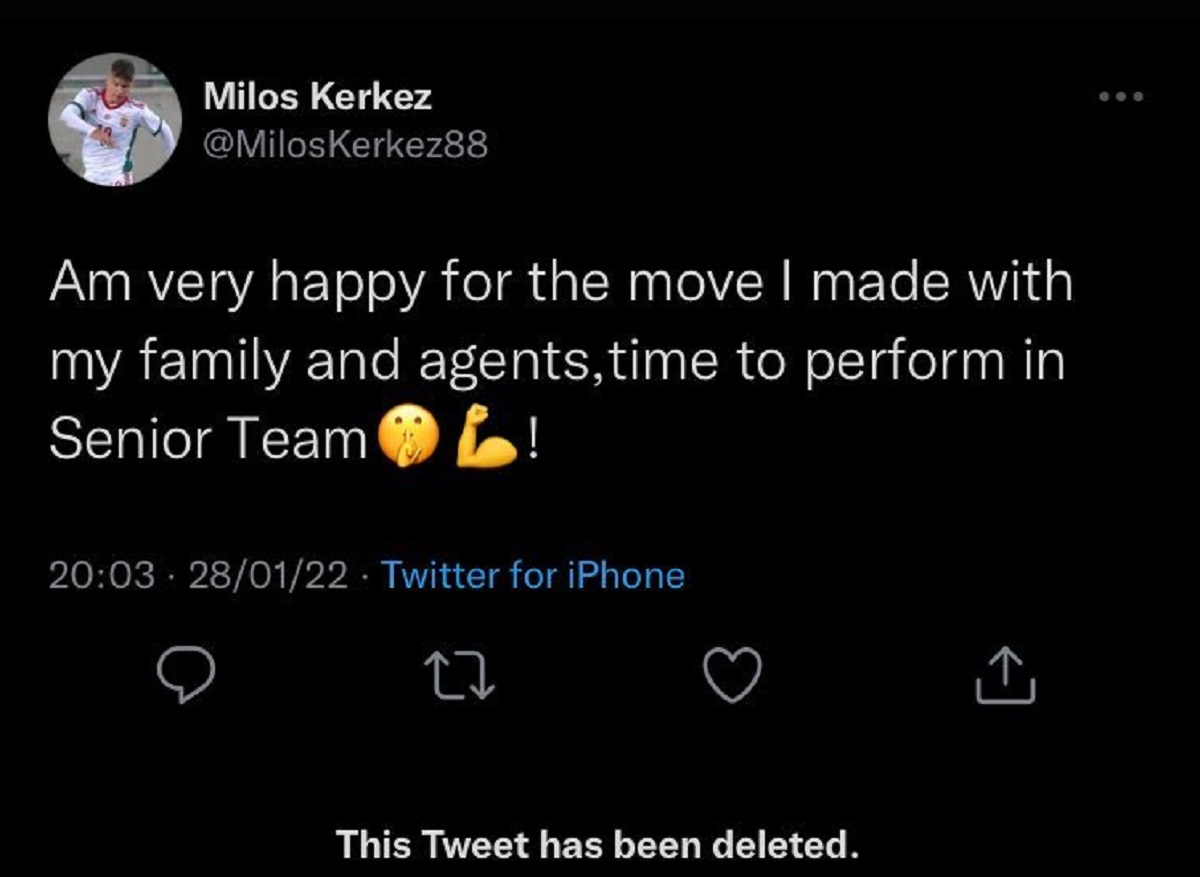 Milos Kerkez is on the verge of completing a move to AZ Alkmaar, thus ending his short-lived adventure with AC Milan. The left-back, who has never featured for the first team, has sparked controversy on Twitter.

When the Hungarian left-back joined the Rossoneri a year ago, his agent made it pretty clear that they were expecting first-team minutes pretty quickly. However, as that hasn’t happened, the player is now close to AZ Alkmaar.

The deal should be on a permanent basis, as reported by Anto Vitiello earlier today. On Twitter, Kerkez published a message about the move and it has since been deleted, seeing as it sparked some controversy.

“Am very happy for the move I made with my family and agents, time to perform in senior team,” he wrote along with a shushing emoji. He then deleted and tweeted this instead: “Wait until tomorrow!”, also with that emoji.