Giroud receives gift and congratulations of team-mates after France record 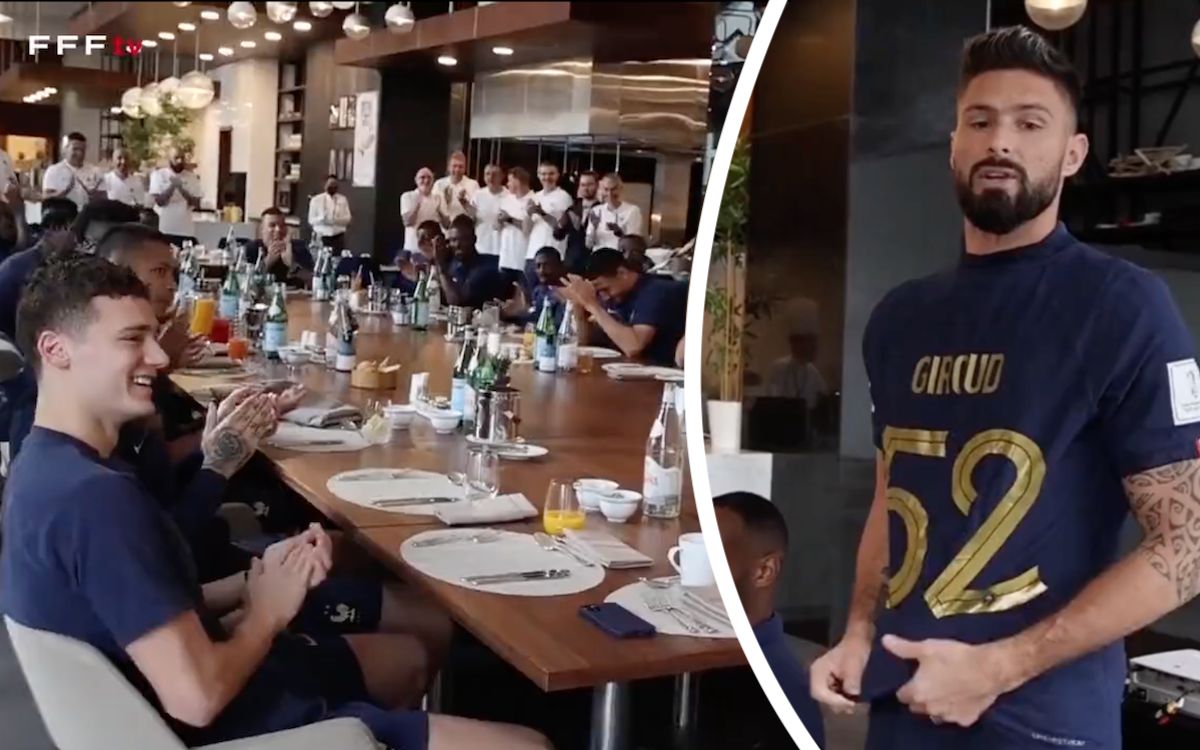 Olivier Giroud has had his latest accolade marked by the France squad as they gave him gifts and congratulations ahead of the 2022 World Cup quarter-final against England.

He got his 52nd goal for Les Bleus during the Round of 16 victory over Poland recently and that is what led to the gifts and well-wishes from his French teammates.