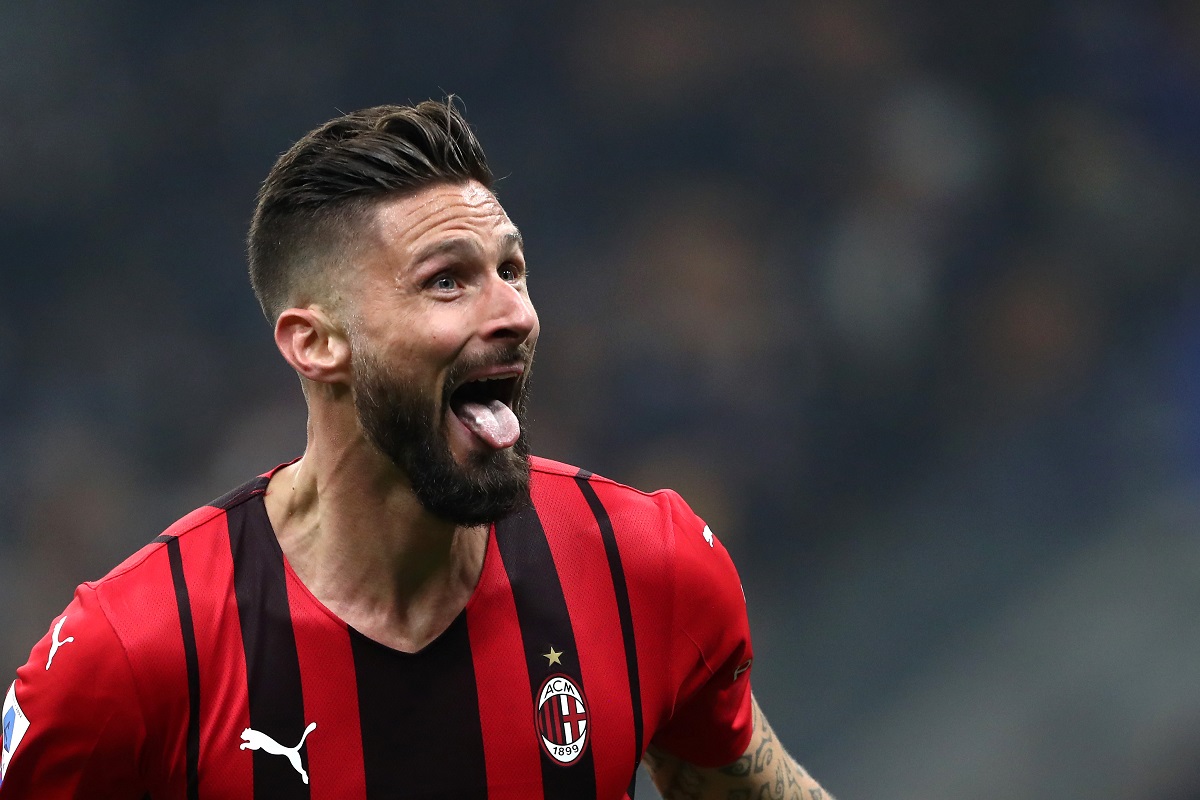 AC Milan defeated Inter 2-1 in a fantastic Derby della Madonnina matchup, with Olivier Giroud stunning the Nerazzurri late in the second half with a brace in three minutes, helping Stefano Pioli’s back to second place in the Serie A table.

And it is exactly the man of the match who was interviewed in the aftermath of the great triumph at the San Siro, discussing the victory itself as well as the race for the Serie A title, which is now more open than ever.

“As I said before the match, this is a special match. The derby is played to be won. We were in trouble in the first half, then we got back into the game in the second half,” the experienced Frenchman said to DAZN (via Milannews.it).

“I was waiting for some balls in the area. The first was a bit lucky, the second was a nice ball from Calabria. Fantastic, I’m happy and proud of this team that never gives up,” Giroud added.

The former Chelsea man went on to speak about his attitude throughout the game, also given the fact that he seemed very frustrated in the first half when the team’s attacking display was unsatisfactory, to say the least.

“It’s true that in the first half I was a bit frustrated, as the whole team. We weren’t playing well and we knew it, we showed great spirit all together and we came back strong in the game,” he noted.

Finally, the 35-year-old addressed the Serie A title race, as the Rossoneri now currently sit just one point behind Inter in the league standings.

“Derbies are played to be won. We are in the running [for the Scudetto], but there are still many games to be played. Inter stays there, we think about doing things well, we win and then we will think about what Inter is doing,” Giroud concluded.