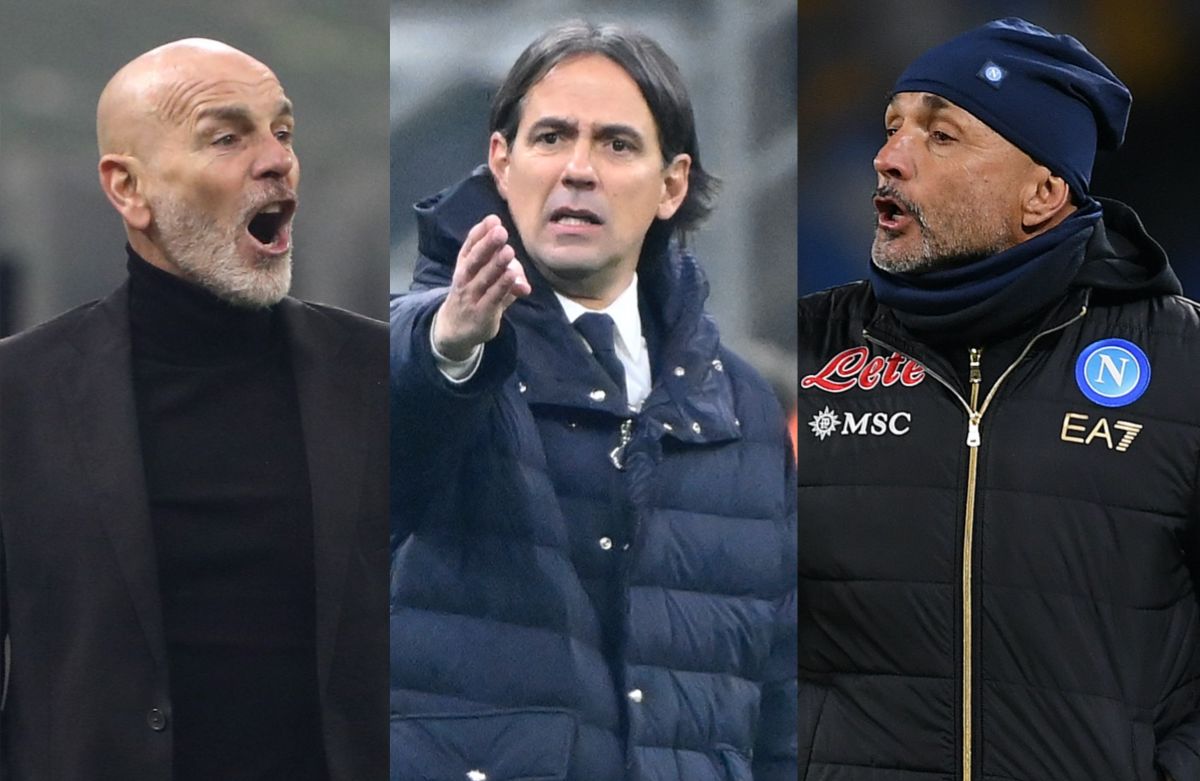 After a weekend in which AC Milan beat Inter and Napoli took care of business against Venezia, the Serie A title race is once again back to being a very tight battle.

La Gazzetta dello Sport reports how by winning the derby, Inter could have just about eliminated Milan from the Scudetto race and would have been in a better place psychologically heading into what will be a difficult trip to Naples next up, after a midweek cup game against Roma.

With 15 minutes left on Saturday night Inter were set to go seven points ahead of their city rivals with the chance of making that 10 points via the game in hand, and they would have faced Napoli with 4 points more on the board, allowing a nice run-in to another possible title in the following 13 games.

Giroud’s three minutes of magic conditioned the game, but in truth the first hour of play shows that Inter are still a serious team, with Brozovic and Calhanoglu playing well and Perisic getting a goal, but then they slowed down.

The defence is suffering too, having gone from 6 clean sheets in a row to conceding goals in 3 of the last 4, while the attack averaged 2.57 goals per game in the first half of the season and so far in the second half they are at 1.25.

Milan meanwhile are on a real journey, because in the last two years they are the team that has done the most in proportion to the resources available and the level of the squad. Heart and ideas are the strength of the Rossoneri who have two more favouring factors: they will not expend any more energy in Europe, and they have an ‘easier’ schedule.

However, the derby did not just show the virtues of Milan, it also highlighted their limits. Inter proved to be superior athletically and technically having dominated the first 60 minutes, but they paid for lapses in concentration. There are also questions about whether Milan have a squad as well equipped as their competitors.

Finally, we come to Napoli. They won 2-0 in Venice over the weekend to also move a point behind Inter, and the return of Victor Osimhen proved to be a big boost. There is a lot of strength on the Napoli bench and they will welcome back Koulibaly and Anguissa from the African Cup of Nations too.

Napoli have the enthusiasm and the squad to take them deep into the season still apace with Inter and Milan, but their calendar is more difficult as they must play Inter, Milan and Atalanta plus both Roma clubs. After defeats at home against Spezia and Empoli though, it may be a blessing.

With Spalletti and Napoli, it remains to be seen what happens when the temperature rises further, but they have earned the right to dream.