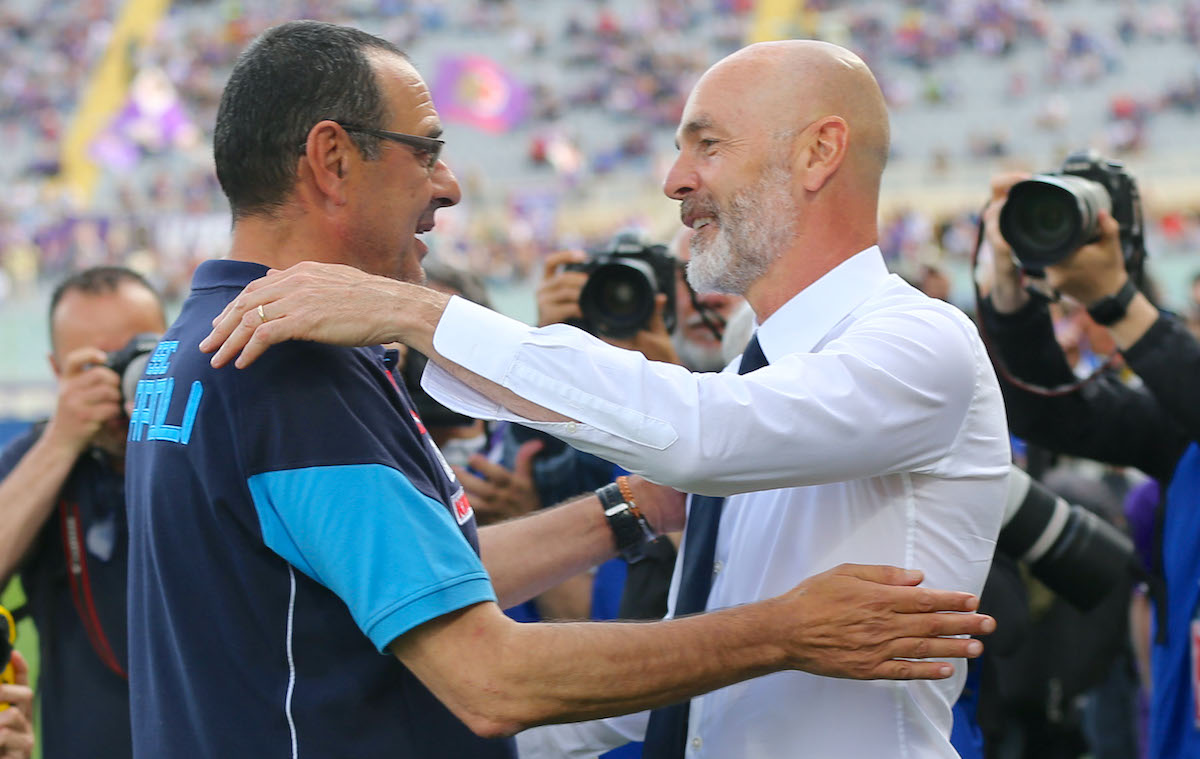 Tonight’s Coppa Italia game between AC Milan and Lazio could have been a completely different story concerning Stefano Pioli and Maurizio Sarri.

La Gazzetta dello Sport takes a look back to 2015-16 when Stefano Pioli was the coach of Lazio and he got them into the Champions League qualification round by finishing third the season prior, but lost to Bayer Leverkusen, while at the same time Sarri had an offer from Milan that he chose not to accept.

There was a time therefore when the paths of the two coaches could cross but with Pioli at Lazio and Sarri at Milan, but instead tonight they will face off for the fifteenth time in their respective careers. The first time was in 2005 when Modena beat Pescara, and the most recent was the Rossoneri’s 2-0 win at San Siro last September.

Sarri was at the top of Galliani’s list back in the summer of 2015, when Milan were looking for a manager capable of rebuilding. The CEO he did his duty and gave his boss Silvio Berlusconi a series of names, with Sarri top of it given the job he did at Empoli. In the end though Milan’s owner went with Sinisa Mihajlovic.

It seems that Berlusconi turned up his nose at the name of Sarri because of his political ideas, his unkempt beard and cigarettes as Galliani’s son Gianluca once revealed: “There were some problems with some phrases he had said earlier.”

Berlusconi has always denied this while Sarri never talked about it. The contact between the two is well-known though because Silvio was so impressed by Sarri’s style of play that he pushed to meet him in person.

The story between Pioli and Lazio was intense and ended suddenly, given that the Aquile drew 2-2 at Napoli in the final round of 2014-15 to seal third and a chance to play in the Champions League preliminaries.

Things went a bit south after that and he was sacked in April 2016, but now Pioli is doing the same with Milan and today he is enjoying the fruits of hard work. After failing to qualify for the Champions League season after season, he got the Rossoneri there.