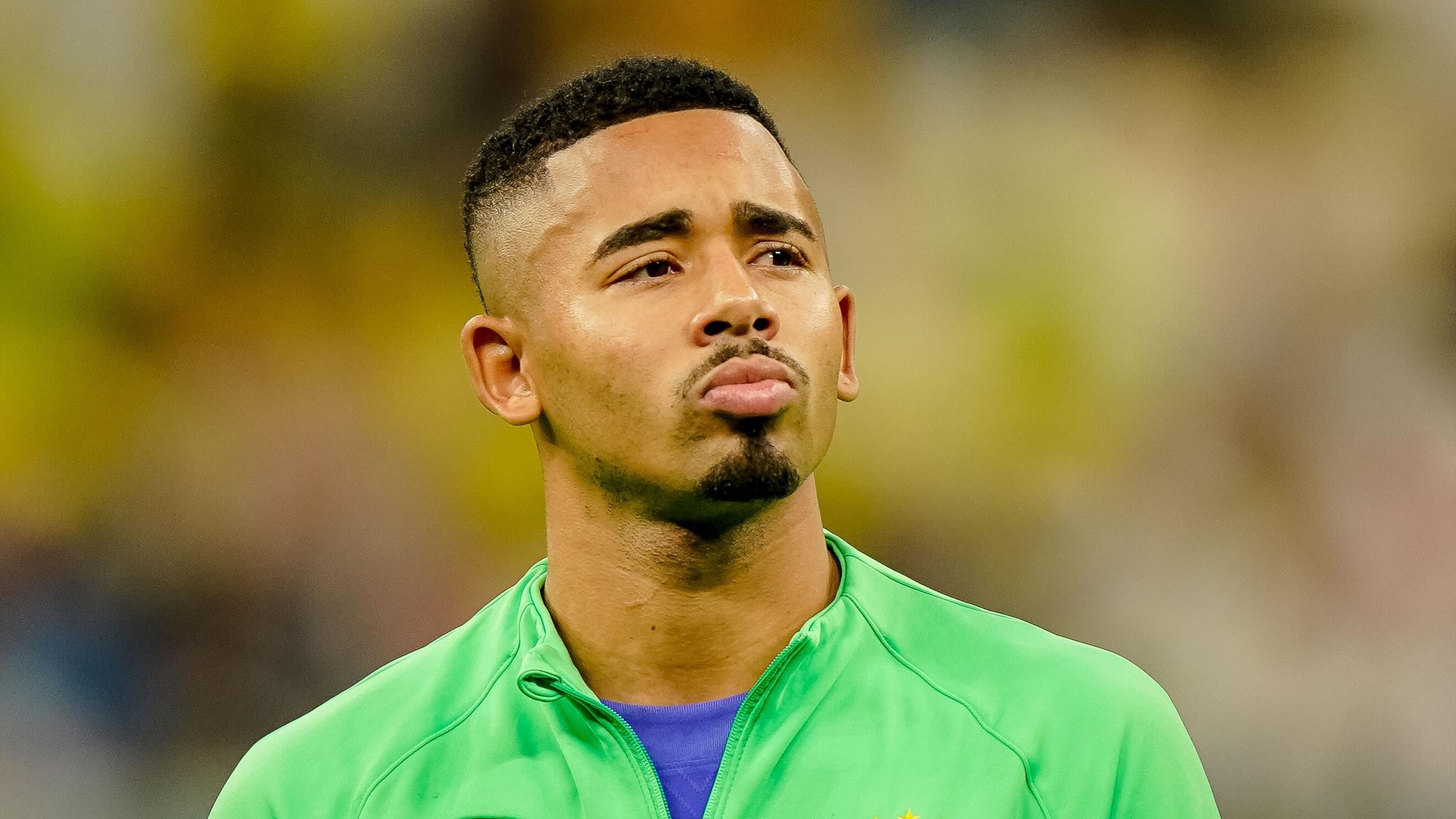 Arsenal boss Mikel Arteta says he has no idea when he can expect to be able to call on Gabriel Jesus again after the striker underwent successful knee surgery.

Jesus required treatment after injuring himself while on duty with Brazil at the World Cup.

The former Manchester City forward has been a standout performer in his first season in north London – scoring five goals and providing five assists for the Premier League table toppers.

Asked if a timescale has been put on Jesus’ recovery following his surgery, Arteta said: “No. Obviously we know that he needed some intervention in the knee, and we will have to take (it) day-by-day, week-by-week and see where it takes us.”

As he plans for a return to domestic action on Boxing Day against West Ham, Arteta knows Jesus will be a huge loss.

He said: “Where it affects us is who we are as a team, because he gives us so much.”

The transfer window will be open again soon after the season resumes following the World Cup, and Arteta knows he may need to be proactive to add to his options and hopes things will be a little clearer on the return of his number nine.

“When we know a little bit the timescale and when we can have him back, we will look at the options, and try to make the right decision,” Arteta said.

The Spanish manager will have been encouraged by the display of Eddie Nketiah during his side’s 3-0 friendly win over Lyon in the Dubai Super Cup.

Nketiah – who is vowing to replace Jesus in Arteta’s line-up – was among the goals, with Gabriel and Fabio Vieira also on the scoresheet.

Speaking after the match, Arteta said: “We have players, we have a lot of accompanying players.

“It’s do we have the players that can give us the performances and the consistency we need to be and maintain and improve from where we are?”

Arteta was able to give a number of young players game time in the match, with goalkeeper Karl Hein, 20, taking his chance to shine by saving four penalties in a shootout to earn his team a bonus point in the tournament.

Schoolboys Ethan Nwaneri, 15, and Myles Lewis-Skelly, 16, also featured in the second half.

“We know that we want to (give) opportunities to young players. It’s something that we are very adamant to do, and having them in camp is great,” Arteta said.

“And to see them – some of them at a very young age – performing and having opportunities with the first team, it’s really nice to see.”

Arsenal face AC Milan on Tuesday as their warm weather trip comes to an end, before they head back to London to take on Juventus in the final mid-season friendly.

Arteta has been impressed by the trip to the United Arab Emirates. He said: “We always enjoy being here. It’s a place where we get really well looked after, where we have the right conditions to play and train.”

“And obviously really happy, because this is about winning and we won today, and I think playing at a good level.”