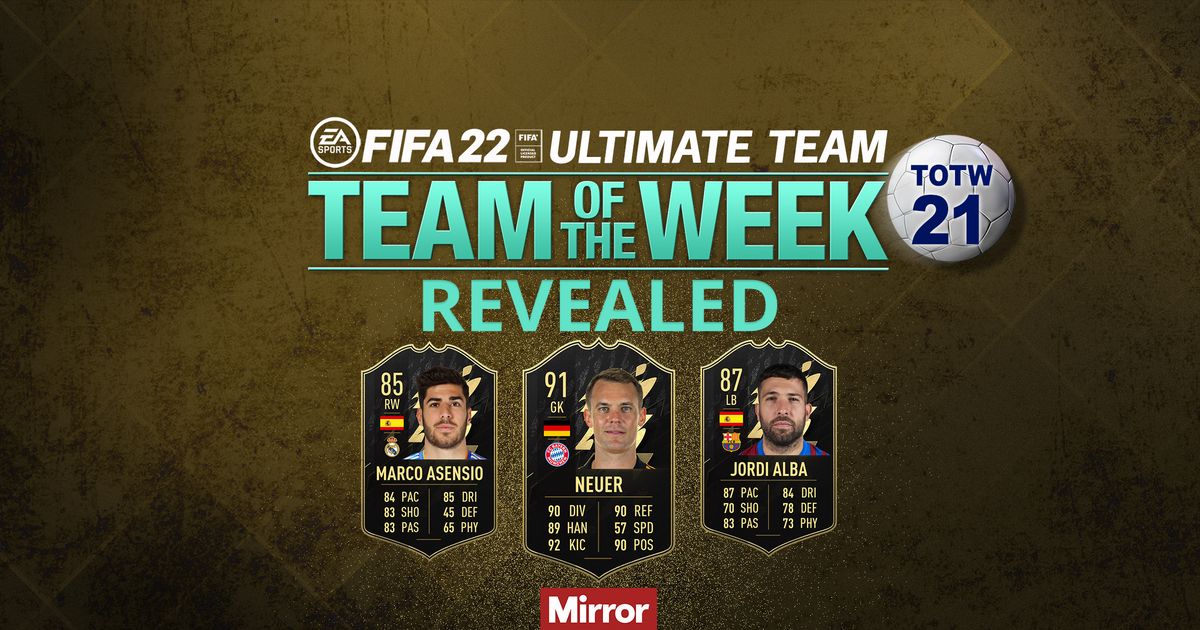 The FIFA 22 Team of the Week 21 (TOTW 21) lineup has been revealed by EA Sports, featuring Real Madrid, Paris Saint-Germain and Barcelona stars.

The FIFA 22 TOTW 21 lineup features no Premier League players after a weekend of FA Cup football, with a host of stars from Europe’s other top leagues featuring in the squad, despite three Premier League games taking place on Tuesday.

Attacking midfielder Anderson Talisca has also been named in the FIFA 22 TOTW 21, and as such his FUT OTW item will upgrade in-game.

The FUT 22 TOTW 21 lineup is picked on single performances only, so goals and assists are not added cumulatively within the TOTW period. Also, note that performances in domestic cup competitions do not count towards TOTW selection criteria.

Also note that players included in either of the last two TOTW lineups are ineligible, as are players who have featured in a recent FUT 22 promo.