MANCHESTER UNITED and Arsenal were handed tough Europa League quarter-final draws against Ajax and Roma in our simulations.

The Premier League duo booked their places in the last eight of Europe’s secondary club competition last night with 2-1 and 3-2 aggregate victories over AC Milan and Olympiacos respectively.

SunSport simulated the Europa League draw early this morning after the confirmation of the eight quarter-finalists.

And the results provided by online tournament simulator randomresult.com threw up some exciting fixtures.

The most exciting of which saw the Red Devils and the Gunners drawn against Ajax and Roma respectively.

United last played the Dutch champions in the 2017 Europa League final at the Friends Arena in Stockholm, which they won 2-0.

Arsenal, meanwhile, last locked horns with Roma competitively in the last-16 of their 2008-09 Champions League campaign.

The Gunners drew 1-1 with the Italians on aggregate but won the fixture 7-6 on penalties. 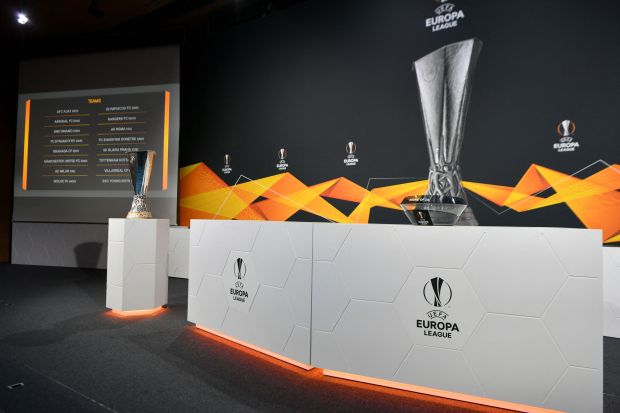 The Europa League quarter-final draw will take place this afternoon, getting underway at midday.

The House of European Football in Nyon, Switzerland will host the draw.

The first leg of the quarter-finals will take place on April 8, with the reverse fixture being held on April 15.

The semi-finals are slated to take place on April 26 and May 6.

And the final of Europe’s secondary club competition is set to be held in Gdansk, Poland on May 26.