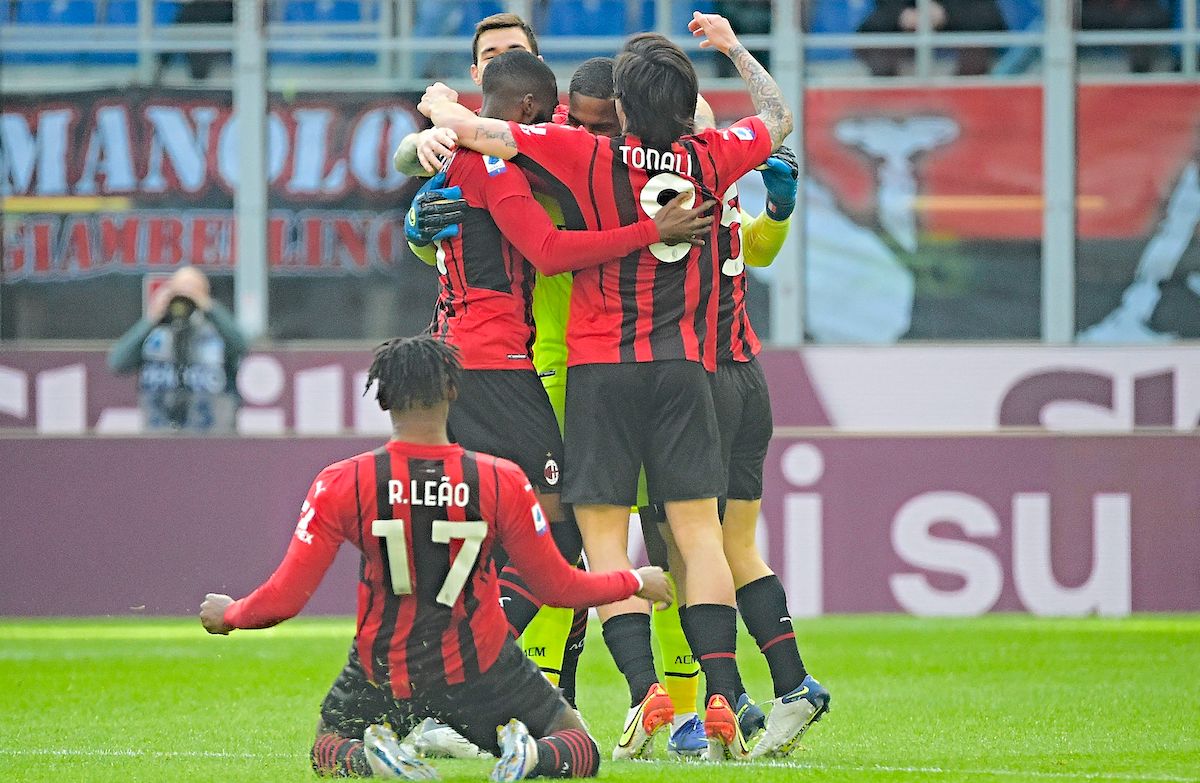 AC Milan reclaimed top spot on the Serie A table for the time being with a battling 1-0 win against Sampdoria at San Siro on Sunday afternoon.

The only goal of the game came inside the first ten minutes as a long ball from Mike Maignan found Rafael Leao, who beat his man on the dribble before surging into the box and firing past Falcone in the Samp goal.

It could have been a wider margin of victory for the Rossoneri in truth as they squadered several chances to double the advantage on the break, but a very solid defensive performance ensured another clean sheet and top spot.

Inter’s draw with Napoli last night means that Milan have jumped up into first but they do have a game in hand, and it is the best way to go into a few days off before the trip to face Salernitana next Saturday.

Head coach Stefano Pioli made some changes to the starting line-up that beat Lazio as Alessandro Florenzi came in for the suspended Theo Hernandez at left-back, Fikayo Tomori starting over Pierre Kalulu at centre-back and Ismael Bennacer came in for Franck Kessie.

The first half chance of the game went to the away side when a cross from the left wing was not dealt with and it allowed Caputo to fire a shot from the edge of the box that ended up deflecting through to Mike Maignan who claimed easily.

Just eight minutes into the game, it was Rafael Leao who opened the scoring. A long ball from Maignan over the top found the Portuguese winger down the left side and he took a perfect touch to get past Bereszynski and put himself through on goal, and he finished past Falcone with aplomb.

There were a couple of yellow cards which conditioned the early stages of the game as Tomas Rincon and Brahim Diaz both went into the book rather harshly, as the game then began to head towards a possession battle whereby Samp were looking to not concede a second while the Rossoneri were cautious in their attempts to double the lead.

The game in truth became quite scrappy after the opening goal with both sides attempting to catch the other in transition but failing to do so, but there was a moment of worry five minutes before the break as Leao went down clutching his ankle after a rough challenge though he did manage to continue.

Falcone made a fantastic save just moments before the break as a cross towards Giroud fell to Messias on the edge of the box, and his first time effort was destined to creep inside the post but was tipped away magnificently.

The first chance of the second half went to Milan as Junior Messias was found just inside the box and the Brazilian opened his body to fire an effort towards the far post but it just went wide.

Not long after Giroud headed a cross over the bar, Sampdoria provided a reminder that there was just a slender lead as Candreva fired from distance at Maignan, who initially parried his shot before gathering at the second attempt.

Candreva again was the man who was in a dangerous position inside the box to fire on goal but his the side netting, and moments later a triple change followed as Ante Rebic, Franck Kessie and Alexis Saelemaekers came on for Brahim Diaz, Leao and Messias.

Giroud came close to building on his impressive home record when he was found by a cross from Rebic down the left side and sent a scorpion kick towards goal, yet Falcone was somehow equal to it and kept the deficit at one goal.

In the 65th minute Bennacer became the latest to fire an effort on goal, picking up a pass from Rebic and letting fly from around 20 yards out but dragging his effort wide of the far post by a few yards.

Giroud again tested Falcone in the Samp goal and this time with a header that was looping under the crossbar but drew a fine save in the end, while a few minutes later Rade Krunic came on in place of Bennacer.

The final 10 minutes of the game was characterised by the Rossoneri having several chances to put the game to bed but failing to do so, with Rebic in particular squandering a couple of good scoring chances on the break.