Cast your mind back to the 1999-2000 season, and Deportivo were writing the most incredible chapter in their history books after clinching the LaLiga title for the first time ever.

At the turn of the millennium, ‘Super Depor’ as they were known back then, had announced themselves on Europe’s biggest stage and had enjoyed five consecutive top-three finishes in LaLiga between 2000-2004.

It was a time in history to treasure for their fanbase, who had the luck of witnessing a thrilling team led by experienced manager Javier Irureta who had talent in abundance. 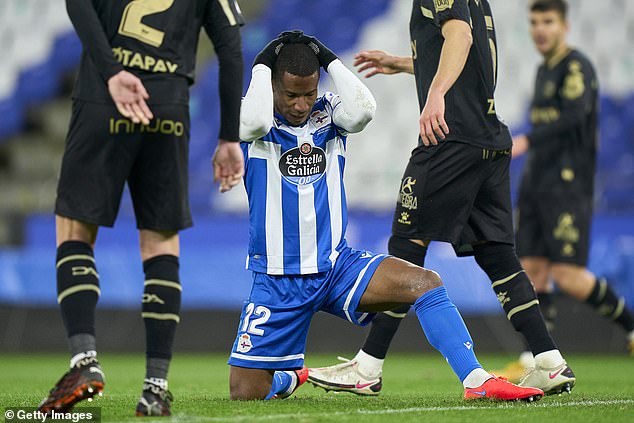 Deportivo, who once reigned supreme in Spain, are now facing the threat of fourth-tier football

Worrying times continue for Deportivo, who have plunged from Spain’s top table

Irureta had a whole host of star-studded names at his disposal, including the likes of Diego Tristan, Albert Luque, Roy Makaay, Djalminha, Jorge Andrade and Juan Carlos Valeron just to name a few.

Deportivo had established themselves as one of Spain’s dominant teams and were a regular fixture of European football too – managing to reach the semi-finals of the Champions League in 2004.

Their biggest European night ever will stick fondly in the memory of any football fan, other than those who support Italian giants AC Milan.

Deportivo sent AC crashing out of the Champions League in incredible style in 2004, overturning a three-goal deficit from the first leg to go through 5-4 on aggregate at home.

The Spaniards appeared all-but out of Europe’s elite competition before producing the comeback of all comebacks, winning 4-0 thanks to goals from Walter Pandiani, Valeron and Luque before Gonzalez Fran put the icing on the cake.

Deportivo had joined Monaco, Chelsea and Porto in the semi-finals but it was at this stage their remarkable campaign came to an end, losing narrowly to Jose Mourinho’s eventual champions from Portugal. 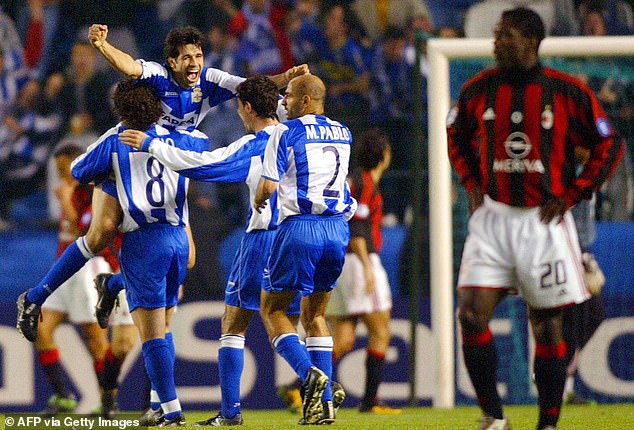 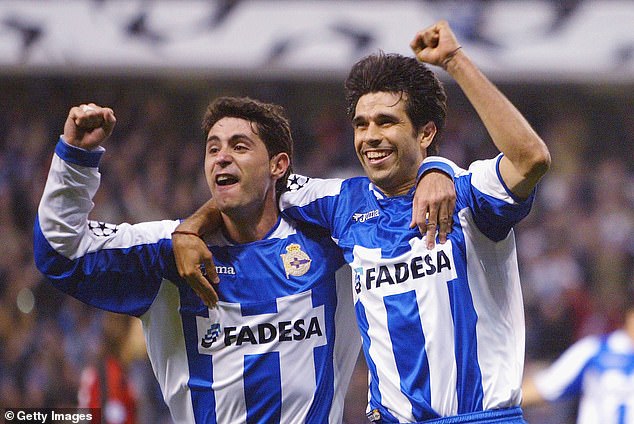 Deportivo appeared they were there to stay, but what followed has turned into the biggest nightmare possible.

Those heady days seem a lifetime away now following years of off-field negligence and financial struggles.

Fast forward to the present day, and Deportivo are ruing the missed opportunity of returning to the second division and Spanish football’s fallen giants now face a frantic period to avoid sinking to even lower depths.

Last year, Deportivo fell into the dreaded regionalised third tier (Segunda Division B) for the first time since 1981 and this season went an astonishing 628 minutes without scoring a goal.

This harrowing form left them in real danger of an unthinkable relegation to the FIFTH tier of Spanish football following the federation’s radical redesign of the lower leagues – which will come into effect next campaign.

Fortunately, a late rally from Deportivo avoided that dreaded fate and despite three wins on the trot in their final three games of the season, they could only finish fourth in their 10-team division.

Los blanquiazules missed out on the play-offs by one point but just as agonisingly, the club placed behind the reserve team of hated local rivals Celta Vigo.

But now is when things get serious. Deportivo will be placed in a four-team mini-league and have to finish inside the top two to reach the RFEF Primera – which will be the third tier of Spanish football from the 2021-2022 season onwards. 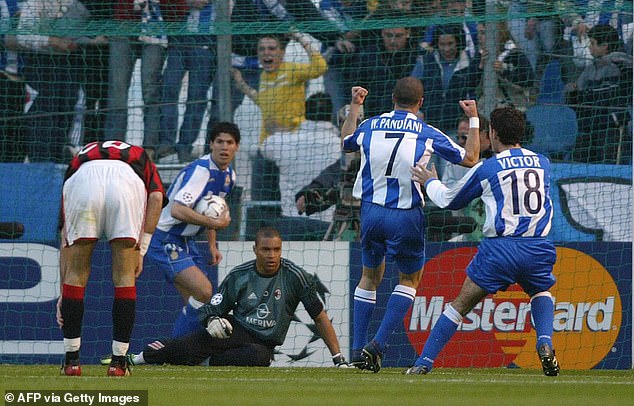 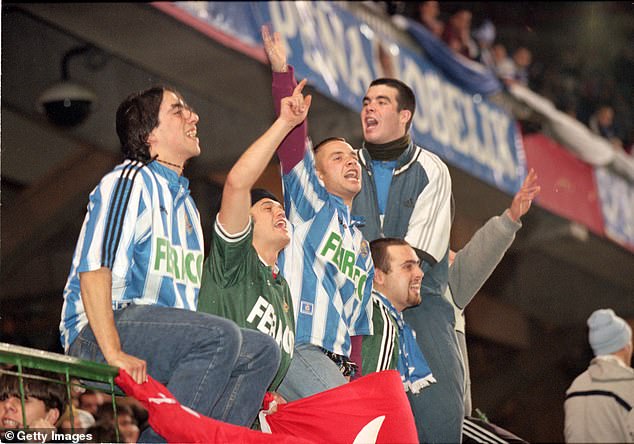 Deportivo fans continued to be thrilled by their team, who won the LaLiga crown in 2000

If they don’t finish among the top two, a place in the fourth-tier – RFEF Segunda – beckons for the once great Spanish club.

‘The reality is we have to lift ourselves back up right away. We might be disappointed but there’s no time for us to mope,’ Deportivo coach Ruben de la Barrera recently said.

This sad demise will put any club on alert, knowing that years of negligence can lead to an almighty fall from grace.

After their stunning LaLiga exploits and European journeys, a period of mid-table obscurity followed for Deportivo, with debts amounting to over £85million, until they were eventually relegated to the second division in 2011 – ending two decades in the top-flight.

They did however then yo-yo between the top two divisions, earning promotion to LaLiga for the second time in three years in 2014.

The team however would continue on a negative spiral, and after just about keeping their head above of water for the next three seasons, Deportivo were consigned to the second division once again at the end of the 2017-18 campaign.

And Deportivo have never recovered since, with the club’s financial situation continuing to worsen – which led to local bank Abanca assuming ownership last year. 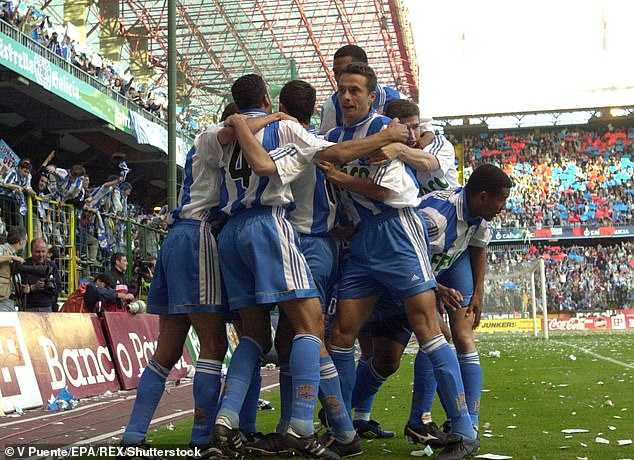 The potential threat of fourth-tier football awaits Deportivo if they are not careful. and club captain Alex Bergantinos is focused on damage limitation after yet another chaotic 12 months.

‘Football has no memory,’ said Bergantinos, who joined the club in 2004 and has witnessed first-hand the downward spiral.

‘It’s hard to swallow but given how the year has gone, getting into Primera RFEF would be a very important cushion for us.

‘At the start of the season we’d see staying in the division as a failure given what people expect of Depor. But earlier in the season when things were at their worst we’d have signed up to being where we are.’

But 17 years ago, Deportivo certainly wouldn’t have ‘signed up’ to be in the position they find themselves in now.

It’s harrowing times for the once European regulars. And if they can’t manage to retain their status in the third division, then even tougher times lie ahead.