CHELSEA had a deserved reputation for buying foreign superstars at the start of the 2000s.

But they have also boasted some of England’s biggest names, like John Terry, Frank Lampard and Ashley Cole.

We decided to pick our ultimate Chelsea England XI of players who starred for the Blues while winning caps for their country.

To be included, they must have won at least one cap while playing for Chelsea although their total number of appearances have been included below…

Not much competition for places in goal, as Peter Bonetti takes the gloves by dint of just seven England caps.

The keeper, nicknamed The Cat and a member of England’s World Cup winning squad from 1966, was unlucky to spend his career in the shadow of England’s greatest ever, Gordon Banks.

It’s enough to earn him the nod over Dave Beasant, his only real competition for a place in this team.

Bonetti remains a Chelsea legend who made 729 appearances for the club.

The Academy youngster is only in his second full season at Stamford Bridge but is fast becoming a key player under Thomas Tuchel.

The 21-year-old won his first cap in October, and pips former Liverpool and West Ham star Glen Johnson for the right back slot in the team.

James is a very modern full-back, just as adept at pushing forward as he is at his defensive duties.

His spell with England however was marred by controversy which reduced his international appearances, including allegations of an affair with Wayne Bridge’s ex-girlfriend, and accusations of racist abuse at Anton Ferdinand.

JT won five Premier League titles during his time at Stamford Bridge, and famously lifted the Champions League trophy in 2012 in his Chelsea kit despite being banned for the final.

Terry’s defensive partner earns his place in the team after winning 61 England caps.

Cahill was always solid rather than spectacular, and boasts an impressive trophy haul including the Champions League and two Europa League winners medals.

Possibly England’s best ever left-back is an easy selection for the all-time Chelsea XI.

However Cole, who was capped 107 times by England, does have some decent back-up.

Wayne Bridge, Graeme Le Saux and Tony Dorigo are all good performers but none come close to Cole’s England record

The former Wimbledon man came into his own at Chelsea, reinvented as a combative midfielder under the watchful eye of then manager Glenn Hoddle.

Wise’s leadership also earned him an England call-up, although he is best remembered for leading Chelsea to their first trophy for more than two decades, the FA Cup in 1997.

Wilkins was the one bright spot of a dark era for Chelsea, when the club went into a long spell out of the spotlight.

He was made club captain aged 18, capped by England aged 19, but left the club to join Manchester United aged 23.

Chelsea’s record goalscorer is a guaranteed starter, as he was a key man for England for over a decade.

Lampard’s haul of 29 goals for England puts him in the nation’s top ten of all-time scorers.

He played 648 games for Chelsea, and scored an amazing 211 goals, the most in the club’s history.

Cole appeared in three World Cups for England but never totally nailed down a place in the team, such was the competition for places at the time.

The same was true at Chelsea, where he was in and out of the team where he won three Premier Leagues and two FA Cups.

But there was no way he could be left out of Chelsea’s all-time England XI.

His record of 105 goals in 289 games for the Blues, in two spells at the club, ignore the swagger and style which Osgood brought to the Kings Road in the early 1970s.

One of England’s greatest ever strikers began his stellar career with Chelsea in 1955, before leaving to join AC Milan in 1961.

The prolific Greaves scored 41 goals in his final season at Chelsea, including four in his final appearance for the club. 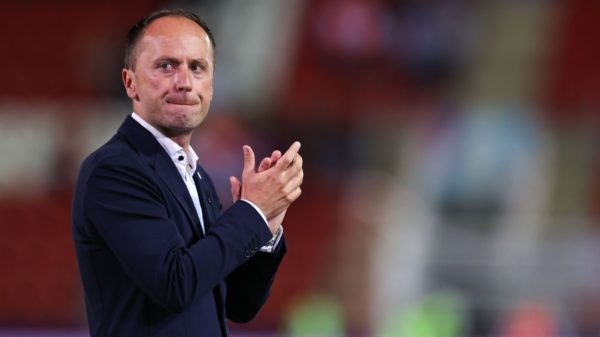