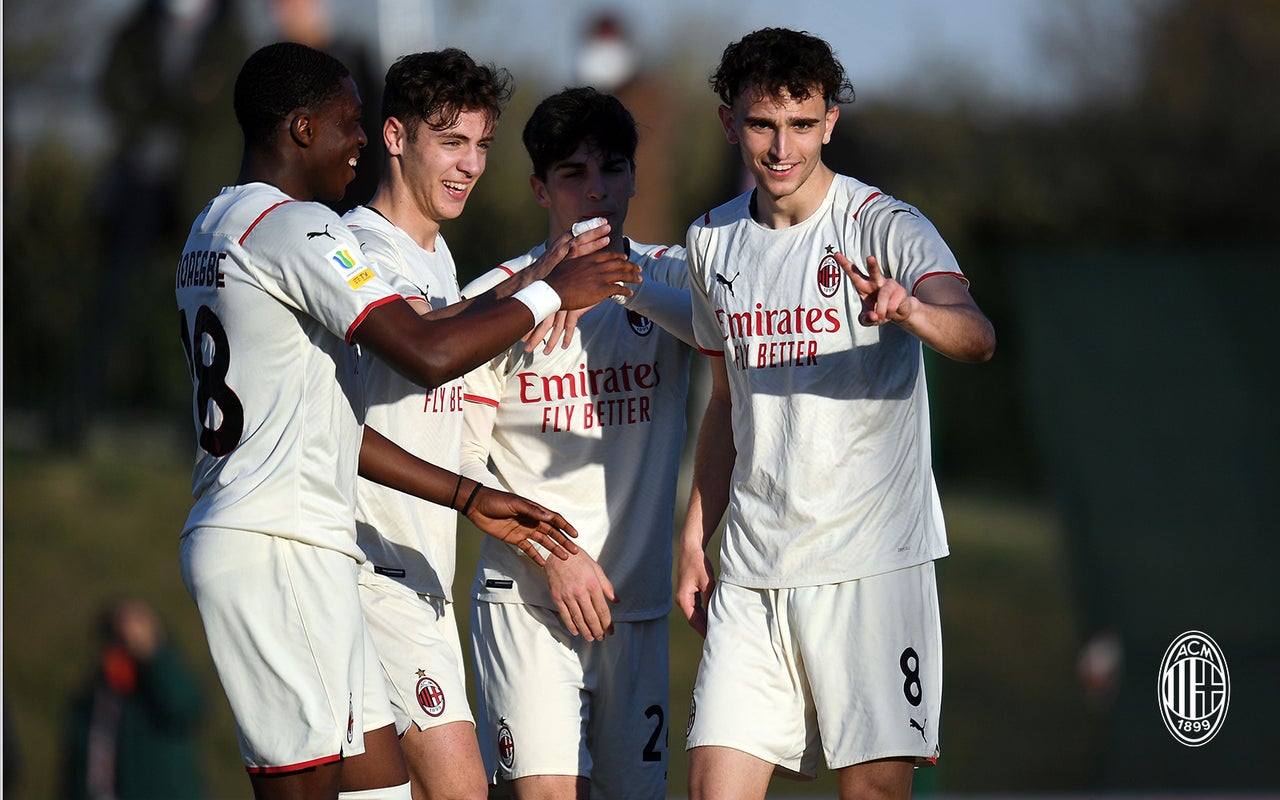 AC Milan’s Primavera side have kept their hopes of reaching the play-offs alive with a fantastic 5-2 victory away against Bologna this afternoon.

In truth Federico Giunti’s side found things quite easy against a struggling Rossoblu side who have now lost 3 of their last 5 and find themselves in the bottom three of the Primavera table. Striker Marco Nasti took his tally into double figures for the season with an early brace before the home side pulled one back.

A third goal before the break from Nsiala restored the two goal advantage for Milan and then Chaka Traorè won a penalty in the second half that he converted, before Robotti added a fifth goal.

The win means that the Primavera move on the 24 points from their 16 games this season and while they are still 12th in the table out of 18 teams, they are now just three points below Fiorentina in 6th spot, albeit having played a game more.

READ MORE: Milan ‘must think about the future’ and face a ‘complicated’ decision regarding Ibrahimovic