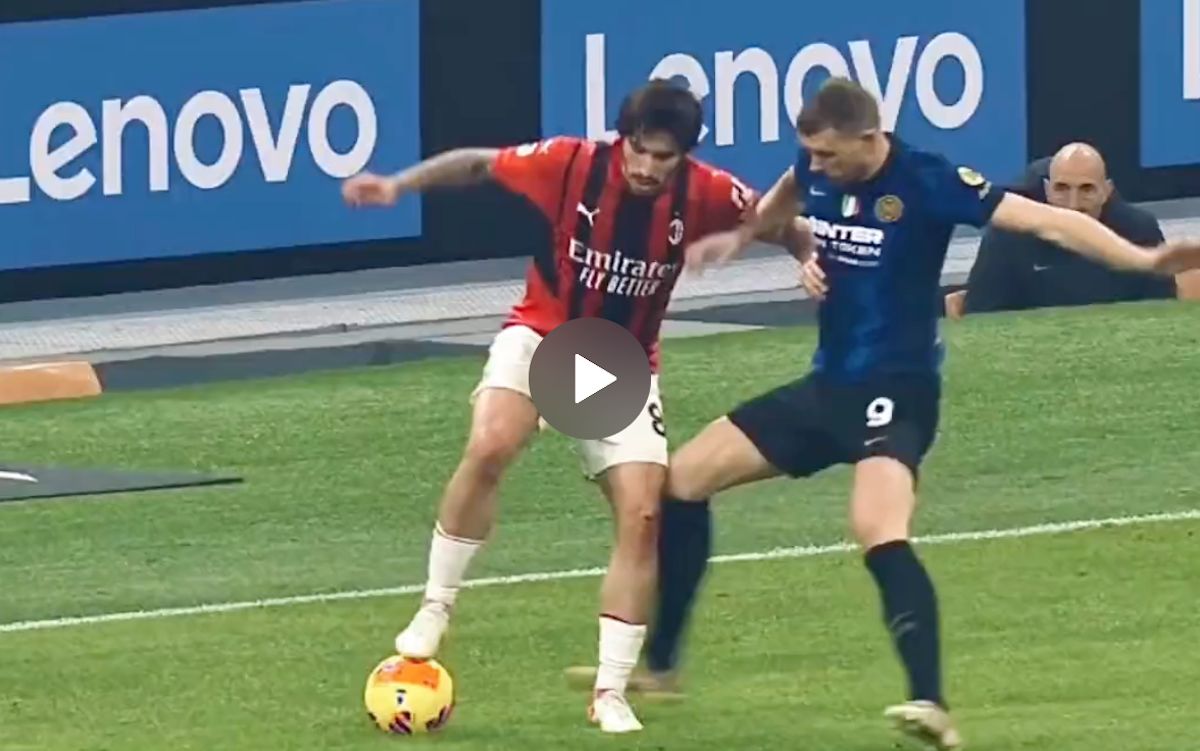 AC Milan overcame a sluggish first half against their city rivals Inter to beat them 2-1 in a fiercely contested Derby della Madonnina clash, and the main player highlights have been compiled.

Thank you as ever to the wonderful CompsACM for assembling these as ever, and we start with Ismael Bennacer, who got a 6 out of 10 in our player ratings with the following assessment: “A quiet performance from Bennacer who failed to impose himself in a very crowded midfield. At times, though, he showed some good initiatives in defence, helping recover the ball in crucial parts of the pitch.”

Kalulu, who got a 6.5: “Not a bad game from the youngster who looked sharp from time to time. His calmness and high pressing in the second half was crucial in keeping the opposition away from his goalkeeper.”

Theo Hernandez (6): “The left-back struggled to push forward as he focused more on his defensive duties. The biggest problem with his performance was that he was overtaken too often by his man. Not a performance to remember, also a red card in the end.”

Tonali (7): “A typical performance from the extremely talented Sandro Tonali in a game that turned out to be tough to handle for his team. He was everywhere on the pitch and even came close to putting the ball in the net a couple of times. Yet another imposing performance from the young midfielder.”

Finally, Brahim Diaz (7): “A heroic display from Brahim Diaz who brought much-needed technicality, agility and quickness to his team.”

READ MORE: Milan dream among four options for Belotti as he wants a new adventure